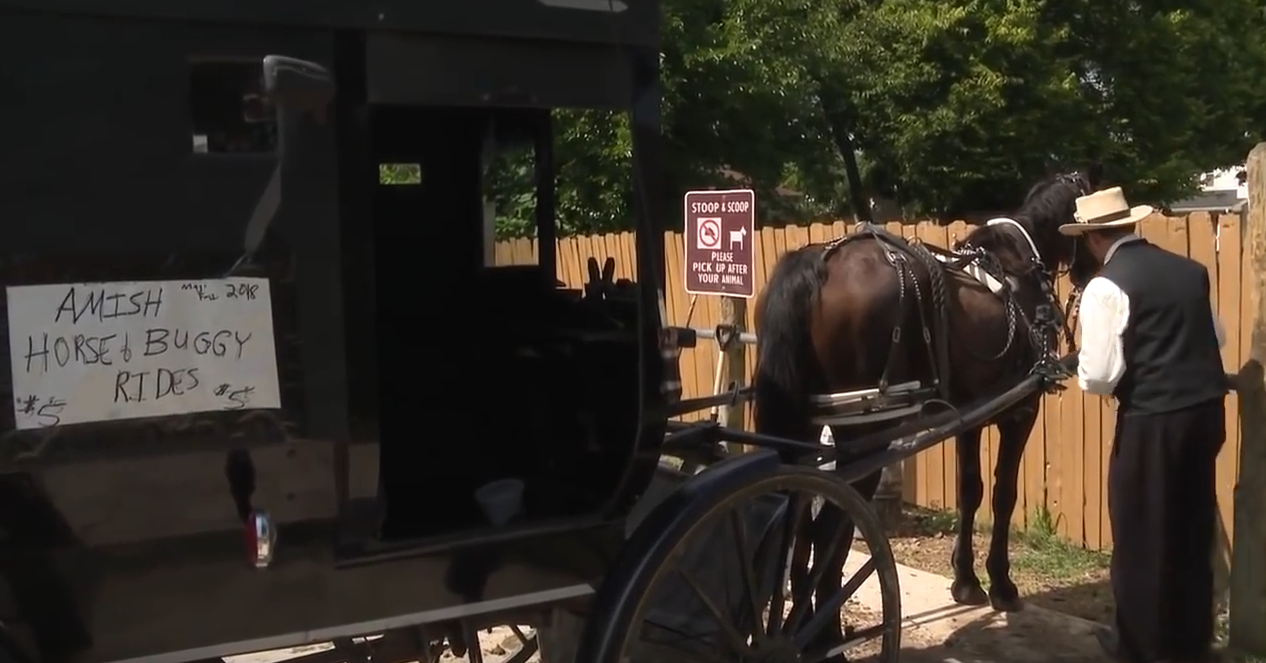 The ridesharing economy seems to know no bounds. From bike-sharing to platforms that pair riders with drivers who accept cryptocurrency to the most recent trend of motorized scooters, there seems to be something for everyone. But now, this service has entered a whole new market and is being extended to include even those who are religiously opposed to the technology that brought consumers the ridesharing economy in the first place, proving just how influential this burgeoning sector really is.

On the surface, the Amish do not seem like the ideal target audience for ridesharing apps. For starters, while some have embraced modern technology, many still do not use smartphones making the entire model of ordering a ride via your smartphone completely useless.And if handheld electronics are out of the question, you can probably imagine what the stance is on automobiles. Even so, this prohibition of electricity and modern conveniences hasn’t stopped one member of the Amish community from capitalizing on the popularity and success of ridesharing platforms like Uber.

Even without having ever had firsthand experience with Uber, Timothy Hochstedler stood in awe of the business model. Hailing from the town of Colon, Michigan, a small Amish community comprising of only 1,200 residents, Hochstedler was inspired by this modern application of the entrepreneurial spirit and how quickly it caught on with consumers around the globe. Of course, neither Uber nor Lyft services the Colon area, for obvious reasons. But this has left a void in the market for transportation, one that Hochstedler is all too happy to fill.

Enamored as Hochstedler was with this model, he was inspired to bring this type of service to his town. And, like any great entrepreneur, he saw an opportunity to earn some money with his own version of the service.

To be sure, “Amish Uber,” as he calls it, does not offer car rides to its users. But just as Uber drivers use their own car to transport riders from one location to another, Hochstedler uses his own personal horse and buggy to provide Colon residents and tourists with safe rides to their destination of choice. And it is precisely this utilization of personal property that led to the creation of the term “sharing economy” in the first place.

Anyone looking to use his services needn’t download an app, because Hochstedler doesn’t even own a phone. Instead, interested consumers need only flag him and his horse down and pay the $5 flat fee he requires. And while this might not seem like the most cutting-edge venture, business is booming, and both locals and tourists are flocking to use Amish Uber. So much so, that Hochstedler has recently found himself the subject of many news stories.

Uber is a cool thing. Every single year something new comes in and Uber is hot right now, so we have the Amish Uber.

To clarify, “Amish Uber” has no official affiliation with the giant of the ridesharing world. And in our age of intellectual property protectionism, it is only a matter of time until the company demands that he stops using their name altogether. But the fact that Hochstedler adopted the name “Uber” speaks volumes of the runaway success of the entire sharing economy sector and its impact on the world.

Let’s be honest, aside from the self-ownership aspect, physically hailing a ride, rather than ordering a car via smartphone app, sounds a lot like the basic taxicab model that has been in existence for decades. But for as long as the cab industry has been around, it did very little to inspire entrepreneurs in remote communities like Colon.

Yet, even without internet access or television, Hochstedler recognized ridesharing as a major disrupter in the transportation world and he wanted to be a part of it. This is because ridesharing represents something more than just convenient rides: it embodies the entrepreneurial spirit and allows individuals to be in control of earning their own wealth.

Uber and other ridesharing startups have empowered individuals by giving them the ability to earn money by using property they already own to create value for consumers. And the repercussions of this have been huge. Those who suddenly find themselves unemployed are able to provide a temporary financial safety net by using their cars to quickly earn money while they job hunt. Additionally, those burdened with student loan debt are able to ease the blow by supplementing their income driving for Uber. Ridesharing is allowing just about anyone to become an entrepreneur on their own terms, and this is important.

Entrepreneurship is contagious, and despite major cultural differences, the power that comes with earning money is understood by all. Hochstedler not only recognized the significance of Uber’s ridesharing model, he also recognized it as an excellent source of income. And in his community, where career choices are limited to traditional sectors like farming and furniture making, this new business has given him the freedom to earn money his own way while still keeping with the rules of his community.

Many of us might not find that we have a whole lot in common with the Amish community, especially as the world becomes increasingly digitized. But the entrepreneurial spirit transcends culture and language barriers. Uber and Lyft allow almost anyone with a car the freedom to earn money and secure their own futures. And this ability to earn money is, in itself, a freedom almost everyone seeks, whether they be tech geeks or Amish farmers.

This article has been published with permission from  the Foundation for Economic Education.