Actress: Entitlement is Not the Secret to Success 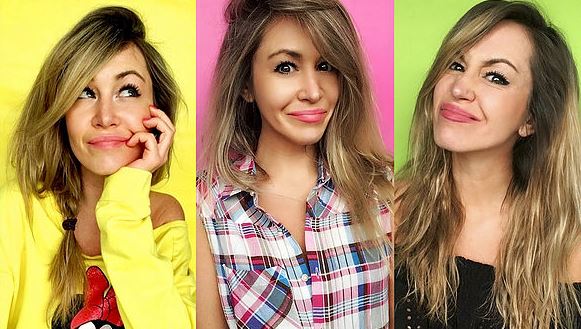 Once upon a time on a dull afternoon, I consulted my bucket list. The item written, “Be in a play at Guthrie Theatre; any size role will do,” stood out as an interesting option.

I knew such an idea was rather ambitious, as the Guthrie holds national acclaim and I have very little training as an actress. But given my lackluster day, I decided to peruse audition listings for local theaters anyway and stumbled upon the following notice:

“Guthrie seeks non-union actors for essential roles in A CHRISTMAS CAROL.” (Note: For those unfamiliar with the lingo, “essential role” is a politically correct term for an extra.)

“This is perfect!” I thought. “I’m non-union! And I LOVE A Christmas Carol! What do I have to lose?”

I arrived at the theatre Sunday afternoon in this cheerful optimism. There I discovered that the audition would be in two parts: dancing and singing. Notice, no acting involved. I looked around at the group of girls, most wearing dance slippers. I looked down at my own strappy sandals. Oops.

Assuring us they were not looking for a “triple threat” (a singer, actor, and dancer), they taught us a dance routine and lead us in song, which supposedly was supposed to bring out our personalities. I mostly twirled around barefoot, laughing at my missteps, woefully unprepared and highly amused.

Curious, I chatted with the more prepared girls, asking what it takes to land a role. Amy confessed this was her seventh audition in a month. Emma auditioned earlier in the day for an NFL cheerleader. And Michaela explained about the dance classes she takes to get into the bigger theaters. In other words, these girls were willing to take all sorts of routes in the hope of getting a big break.

I realized that these young women were not only ambitious, but willing to try a less traditional route to career and adulthood. Instead of school, their time and energy goes into their work as a performer.

But are their efforts futile, or their time wasted if they don’t achieve success? I turned to Steph Lynn Robinson to find out. As a voice-over actress who turned her passion for performance into a career, Robinson was kind enough to talk with me about her success story.

Having grown up in a Canadian town without a robust arts scene, Robinson took a risk at age 16 when she decided to go to school for performance arts. While those around her wanted her to pursue her dreams, they questioned how she would pay for school.

That’s where Robinson, unsurprisingly, got creative by joining the military. This allowed her to save for school in New York. It also taught her profitable attitudes for the future.

After her time in the military and various odd jobs, she headed off to the Broadway Dance Center & The American Musical and Dramatic Academy in New York City.

In New York, Robinson remembers working hard, often past school hours. While her classmates partied on the weekends, Robinson could be found in the studio practicing a dance routine or learning a new monologue. “The reason I was successful, more successful than those who maybe had more talent than me, was because I never expected anything to be handed to me,” she said.

After a couple big breaks, including performing for Disney, Robinson was well on her way to success. Since then, she transitioned from theatre to voice-over acting.  She’s performed in several shows and received multiple award nominations.

So how did she evade failure, like so many in the entertainment industry? During our chat, she emphasized that “most artists fail because they don’t think of their art as a business.” Robinson goes on to list four ways she avoided this flawed mentality:

1. Be Humble – A narcissistic view of stardom is neither helpful nor realistic. Devote yourself to hard work and avoid pride when working less than star-worthy jobs.

2. Be Marketable – Robinson advises young actors to think outside of the box of actor and consider themselves “artist[s] with a creative entrepreneurial spirit.” Because performance is the product, and you must learn how to market that product to potential customers.

3. Be Resourceful – Over the years, Robinson learned a slew of skills, including marketing, website development, and audio editing. Persevering and applying these skills led to great success in her future career.

4. Be Adaptable – Robinson wanted to be on Broadway, so she joined the military. Being able to adjust to your situation and not limiting yourself to opportunities goes a long way to making a well-rounded performer.

Encouraging young people to take the non-traditional path and “pursue their dreams” can be quite risky, and even a waste of time and effort.

But would it be more profitable if instead of encouraging the pursuit of dreams, we encouraged them to turn those dreams into a business? If young people learn that dreams come with hard work, humility, and adaptability, might it be a good thing to encourage more of them to take a risk, if for nothing more than learning these valuable life attributes?