The Separation of Church and State: It’s Biblical 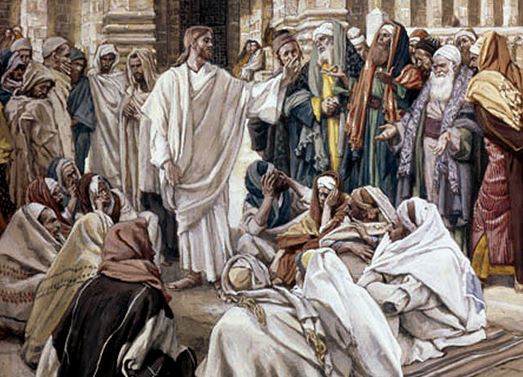 When discussing the history of the West and exploring the ideas and philosophies that led up to the creation of the Magna Carta and the U.S constitution, eventually the religion of Christianity must be brought forward in the discussion. Why? Well, despite the many sins of Christians (and there are many), Christianity is the first major religion that, at its founding, stripped the state of its theocratic powers over the spiritual lives of the people.

In the Biblical narrative, we see Jesus of Nazareth establish this foundational philosophy when answering a challenge from the Pharisees of Judea regarding to whom they should pay their monetary offerings: God (Yahweh) or Caesar? This question was designed to serve as a trap for Jesus, as the Jews were monotheistic and theocratic, and Roman law essentially made the Emperor a god.

It is at this pivotal, though often overlooked moment, that Jesus sets the standard for the modern West regarding the role of government and religion in public life, “Render unto Caesar what is Caesar’s, and render unto God what is God’s.”

This is critical because for the first time, we see a clear and categorical line of division between the palace and the temple, set by a central religious figure. This fundamentally undermines the state for both the Jews and the Romans.

At the same time, ironically enough, the passage legitimizes both human governance and theological reverence, while making it clear they are not the same thing. Jesus solidifies that He believes the Roman government, and one could infer government in general, does in fact have a legitimate place and function in human society. For example, Romans built the roads and fostered the trade economy that were so instrumental in spreading Christianity to the rest of the empire.

However, in the same breath that He uses to legitimize Caesar’s place in society, He also takes him down several pegs, by suggesting that Caesar is not a god, nor is he the supreme acting force in the world. To a figure like Tiberius (look him up, the guy was a maniac), this would have been equal to treason.

By suggesting that there is a power higher than the state, the value of the individual was completely redefined such that even the lowest in society believed that there would be a place for them to stand with even the most prestigious as equals. As we see in the Pauline Corpus section of the Bible, “There is neither Jew nor Greek, there is neither slave nor free, there is no male and female, for you are all one in Christ Jesus.” (Galatians 3:28 ESV)

Eventually, as with every great system, corruption would seep in to the church and create a theocracy that would vie for power over Europe for hundreds of years. However, these foundational ideas—individual accountability and a clear delineation between the steeple and the capital—would give rise to the great experiment we know as the Modern West. The ideas of John Locke, Thomas Paine, George Whitefield, and many of the Founding Fathers, would be based in the ideals and tenants of Christianity, regardless of their subscription or lack thereof to its theology.

For access to the writings of Locke and others, I strongly recommend using http://oll.libertyfund.org/ as a resource. It is an excellent online library of both primary sources and commentary.