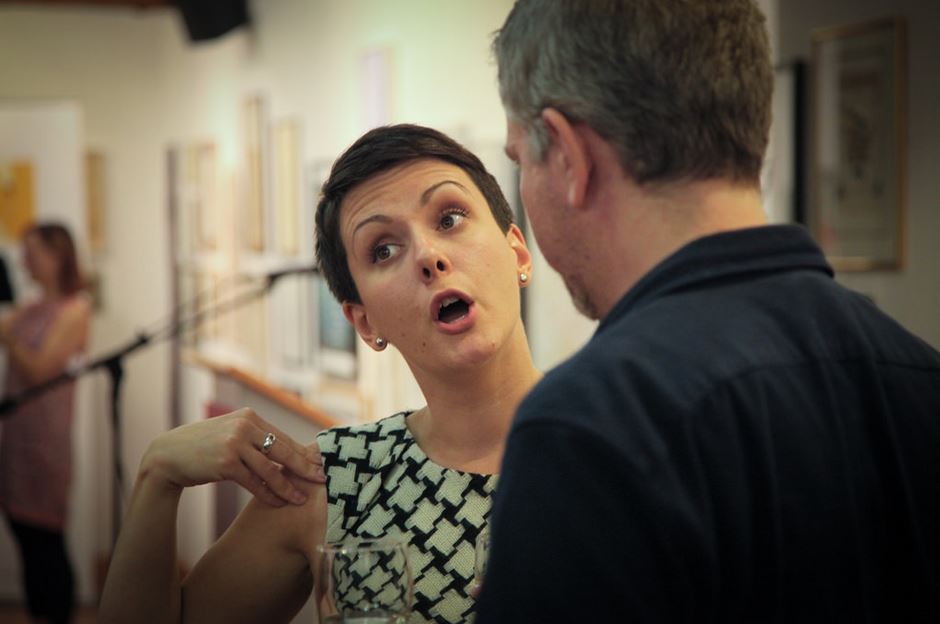 While recently participating in a course on business and networking skills, I took part in an interesting exercise. Pairing every individual with another class member, the instructor gave each team a couple minutes to discover two previously unknown things they held in common.

The results were fascinating. Not only were a number of topics covered, but conversation flowed and was quite enjoyable when both parties made a focused effort to discover things about each other.

Unfortunately, it’s not always that way in real life. We’ve all been in conversations which were uncomfortable, monotonous, or downright embarrassing. Add in the fact that many would rather look at their phones than converse and it’s no surprise that many people cannot properly carry on a conversation.

Given this scenario, it might be helpful to turn to one who was known the world over for advancing effective communications. That man is Benjamin Franklin.

In a 1748 edition of Poor Richard Improved, Franklin laid out the following six ways to succeed in conversation:

1. Avoid Flattery – Giving praise of a person’s dress, character, or position may be pleasing at first, but any sensible person can quickly read through such words if insincere. Excessive praise not only becomes tiresome, but also causes the recipient to question the integrity of the one giving it. For this reason, it’s not surprising that Franklin encouraged individuals to “admire little” in a conversation.

2. Be a Good Listener – Although people grow uncomfortable hearing excessive, insincere praise, they do enjoy talking about themselves. Perhaps it is for this reason that Franklin framed a good conversationalist as one who “hear[s] much.”

3. Be Up for a Challenge – Most of us think much of our own opinions and have trouble letting them go. But according to Franklin, we should “always… distrust our own reason.” In some cases, Franklin believes such wariness should even extend to the opinions of those closest to us. In essence, the individual who refuses to stubbornly hold to his own viewpoint is the most likely to succeed in conversation.

4. Avoid Playing Comedian – Franklin’s fourth suggestion for good conversationalists is “never to pretend to wit,” implying that those who think too much of their attempts at humor may definitely elicit laughter… but more at themselves instead of their jokes.

5. Appreciate Humor – Franklin’s next tip seems to take the biblical maxim to think of others more highly than oneself to heart, for even while he condemns those who pretend toward wittiness he encourages conversationalists to look for and appreciate the humor of others.

6. Stay Focused – “To hearken to what is said, and to answer to the purpose” is Franklin’s last conversational admonition. All too often, it is easy for individuals to get sidetracked, daydreaming about other things or even mentally laying out their next point in the conversation. While preparation is good, the failure to focus on what the other person is saying can not only break the flow of the conversation, but can also draw us into some potentially embarrassing moments. Staying alert and giving attention to what is said helps avoid these pitfalls.

Many today are sensing a severe disconnect between society’s members. Is it possible that some of this disconnect could be resolved if we practiced Franklin’s steps in our conversations with, friends, family, and even strangers?