Another California City is Trying a Universal Basic Income: Will it Work? 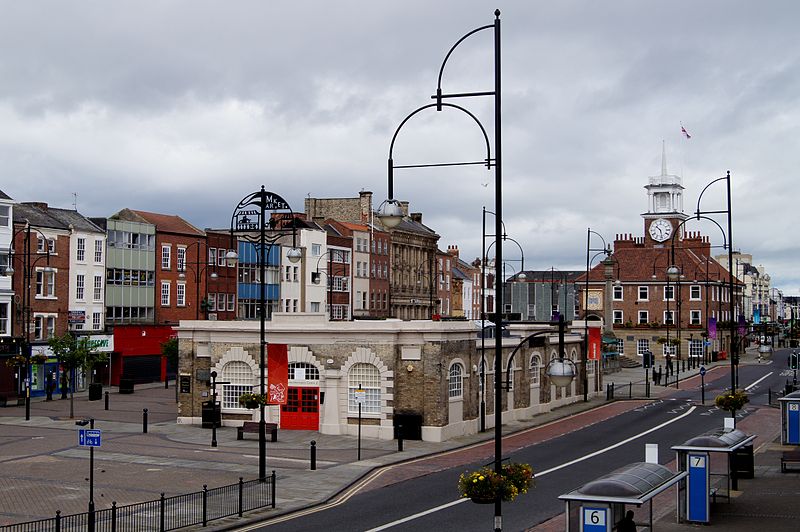 Starting in 2019, the city of Stockton will join San Francisco and Oakland in testing a “Universal Basic Income” (UBI) program that could eventually be expanded to a state or national level. The official website for the initiative explains:

“The [program] will provide at least 100 Stocktonians with a Guaranteed Income of $500 per month for 18 months. The Guaranteed Income will be unconditional, with no work requirements and no restrictions on how the money can be spent.”

The Stockton experiment is 100 percent privately funded, with a one-million-dollar grant from the Economic Security Project co-founded by Chris Hughes (who also co-founded Facebook). In a CNN interview, Hughes argues that a guaranteed income can improve socioeconomic inequality and help Americans achieve their vocational goals:

“At the core of America is the idea that people have the opportunity to live their own dreams, that they can be the person they want to be. If you want to be a teacher, nurse, artist or businessperson, you should have every chance to work toward that goal. That requires a good education and the ability to work your way up over time.

But every step along that journey requires cash of some sort – to pay for a security deposit on an apartment, the gas money to interview for a job, or for childcare while you’re in classes at the local community college. Right now, people have little cushion, and poor and even middle-class people have no savings to pay for basic expenses.”

Tech CEO’s like Mark Zuckerberg and Elon Musk have argued that a UBI can also shield people from poverty if they lose their jobs to machines and give them enough economic security to acquire new skills.

While those on the right typically bristle at new welfare programs, many have come out in support of a UBI because it could drastically streamline the welfare state. A common argument is that if  our 80+ welfare programs were replaced with a UBI, it would reduce perverse incentives, shrink bureaucracy, and boost overall effectiveness. Even celebrated libertarian economists such as Friedrich Hayek and Milton Friedman supported similar policies that would create a minimum level of income.

However, there are multiple reasons to be skeptical of a UBI improving the status quo.

One consideration is that any welfare program will dis-incentivize work to some degree, and a UBI is hardly an exception. As a Heritage Foundation report explains:

“The overwhelming majority of Americans believe that able-bodied adults should be required to work or prepare for work as a condition of receiving aid. This was the core principle behind welfare reform in the 1990s. As noted, the UBI abandons that principle. By removing work requirements from welfare, UBI would decrease work among the poor and increase dependence on government.”

Discouraging work could have wide social consequences and goes against the American spirit of entrepreneurship that helps create new types of jobs for the modern economy.

Additionally, a UBI may only treat a symptom of a deeper problem. A recent chart created by economist Mark Perry shows that from 1997-2018 the costs of medical care, college education, and other goods and services skyrocketed. This has decimated the disposable incomes of average Americans.

Would we not be better off by getting government out of the markets and eliminating some of the thousands of American tariffs to lower the cost of living?

Finally, there are also concerns that implementing a UBI is impossible because of insurmountable political and logistical barriers. As Brittany Hunter explains in an article for FEE, repealing the dizzying array of welfare programs in favor of a UBI “would surely be political suicide since you run the risk of angering someone.” For this reason, Hunter argues that any large-scale UBI proposal would likely be a welfare addition, rather than a replacement:

“If anything, incorporating a UBI in America would most likely result in an additional layer of the welfare being added on top of our existing programs. This would, in effect, increase the state’s power rather than decrease it. Governments are rarely keen on relinquishing their power, and there is great power in controlling the welfare of the citizenry.”

Even though there are many reasons to be skeptical, Stockton’s UBI program could be a valuable experiment that helps inform the discussion of future policy proposals. Relatively little evidence exists regarding the effectiveness of UBI programs, and using small-scale implementations to gather data is a low-risk way to help ascertain the concept’s large-scale viability.

What do you think about the UBI concept? Would it be an improvement to the status quo, or just an ineffective waste of money?