5 Things Muslims and Christians Can Agree On 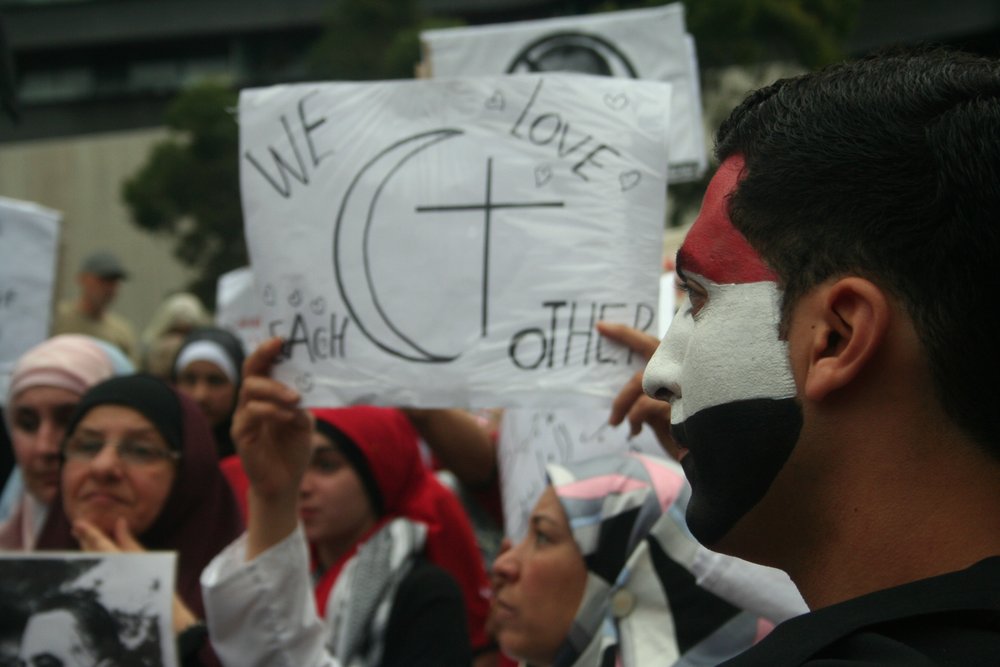 At Acton University, Turkish Islamic scholar, Mustafa Akyol, gave multiple lectures on Islam, discussing topics ranging from its history to its controversial practices. Akyol has been speaking at Acton University for many years now and is a respected scholar in fields of Islam, politics, and Turkish affairs. He is a critic of Islamic extremism and the author of the influential book Islam Without Extremes: A Muslim Case for Liberty.

After attending both of Akyol’s lectures, a few points stood out to me. He mentioned a few concepts in Islam also emphasized in Christianity, which often go unnoticed.

While there are undeniably a great number of fundamental differences between Islam and Christianity, there are a handful of concepts the two popular religions share.

To both Muslims and Christians, caring for the poor is a duty bestowed upon believers. Both faiths stress the importance of donating to, praying for and protecting the needy. Furthermore, in both Islam and Christianity, it is made clear that giving alms in private is favorable in the eyes of God, as opposed to donations made in an attempt to receive praise and acknowledgement. Islam emphasizes the importance of zakat. Zakat is one of the five pillars of Islam, and refers to the requirement of believers to give offerings to the needy. The amount is not clear, but in general practice, one gives 2.5 percent of one’s wealth, according to Akyol. Similarly, in the Christian tradition, God commands each Christian to donate 10 percent of his or her earnings to the church, called tithes, which are used to provide for the poor.

[Al-Baqarah, 2:215] “Whatever of your wealth you spend, shall (first) be for your parents, and for the near of kin, and the orphans, and the needy, and the wayfarer; and whatever good you do, verily, God has full knowledge thereof”

[Proverbs 19:17] “Whoever is generous to the poor lends to the Lord, and he will repay him for his deed.”

Trade is a vital part of any successful, flourishing society, and both Islam and Christianity recognize this. Not only do both encourage trade, they both encourage fair trade. Fair trade is often confused with the term “free trade.” Economist Victor Claar discusses the importance of making the distinction between fair trade and free trade in his book Fair Trade? Its Prospects as a Poverty Solution. Trade is important for a number of reasons; it reduces poverty, increases competition, supports diversification, lowers prices for consumers and strengthens ties between nations, to name a few. During Akyol’s lecture, he mentions the fact that the longest verse in the Quran concerns how to write a business contract. He also referenced medieval Muslim scholar, Imam Ghazali, when he stated that in the eyes of God, a truthful merchant is better than a worshipper. “Only God controls the prices,” Akyol clarifies.

[An-Nisa, 4:29] “O you who have believed! Do not devour one another’s property by unlawful ways; but do business with mutual consent.”

[Leviticus 25:14] “And if you make a sale to your neighbor or buy from your neighbor, you shall not wrong one another.”

Islam and Christianity both acknowledge the importance of private property. Private property is a broad term that encompasses many types of possessions and can range from the money in one’s bank account to one’s own life. Both religions recognize that no man has the right to steal, cheat or take another man’s life, nor do they allow coveting of another man’s possessions. In Islam, women have property rights as daughters, wives and mothers. Daughters are entitled to an inheritance and are the absolute owners of whatever property they may inherit. Wives receive a share of the property in the event of her husband’s death, and mothers are also entitled to inherit from her children, but only if they are independent. Christianity similarly recognizes the importance of property rights. The Bible reiterates in both the Old and New Testament the command “Thou shalt not steal,” and leaves no room for questioning the importance of having a right to one’s property.

4. View of the human person

Islam and Christianity view each human being as having intrinsic value. Humans are worthy of respect because they are made in the image of God, and for this same reason they have intrinsic dignity. Human life is considered sacred in both religions, and both see human life as inherently valuable and precious. The Quran states that all the children of Adam have dignity, meaning that all members of the human race, whether believer or non-believer, are endowed with dignity. Many Muslim scholars argue that human dignity is an absolute and natural right bestowed upon us by God, and that dignity cannot be taken away by State or individual. Some Christian scholars profess that the idea of Imago Dei is evidence that all humans have dignity that cannot be taken away.

[Genesis 9:6] “Whoever sheds the blood of man, by man shall his blood be shed, for God made man in his own image.”

Stewardship is greatly emphasized in Christianity as well as Islam. Stewardship is often defined as being responsible with resources and the recognition that all resources belong to God and should be used in moderation. In regards to food in particular, in the Quran, God directly commands His people not to be wasteful with resources. During the month of Ramadan, Muslims are required to fast. This is done for a variety of reasons, but some scholars believethat one of the reasons is to encourage Muslims to be less wasteful. Christians also believe it is our responsibility to care for the earth and its respective resources, as God commands Adam in Genesis. God has given earth’s resources to man and it is our responsibility to be respectful and mindful of our resources.

[Al-A’raf, 7:31] “O children of Adam! Beautify yourselves for every act of worship, and eat and drink [freely], but do not waste: verily, He does not love the wasteful!”

[Genesis 1:28] “And God blessed them. And God said to them, ‘Be fruitful and multiply and fill the earth and subdue it and have dominion over the fish of the sea and over the birds of the heavens and over every living thing that moves on the earth.’”

In today’s political and social climate, there is often tension between religions, particularly Christianity and Islam. While it is indisputable that there are differing fundamental beliefs between the two, the faiths have a number of things in common. It is important for Christians and Muslims to be aware of the commonalities, rather than only the differences; this is vital as we move forward in search of religious freedom and tolerance.

This article republished with permission from the Acton Institute.