The Difference Between Guilt and Shame, and the Rise of Identity Politics 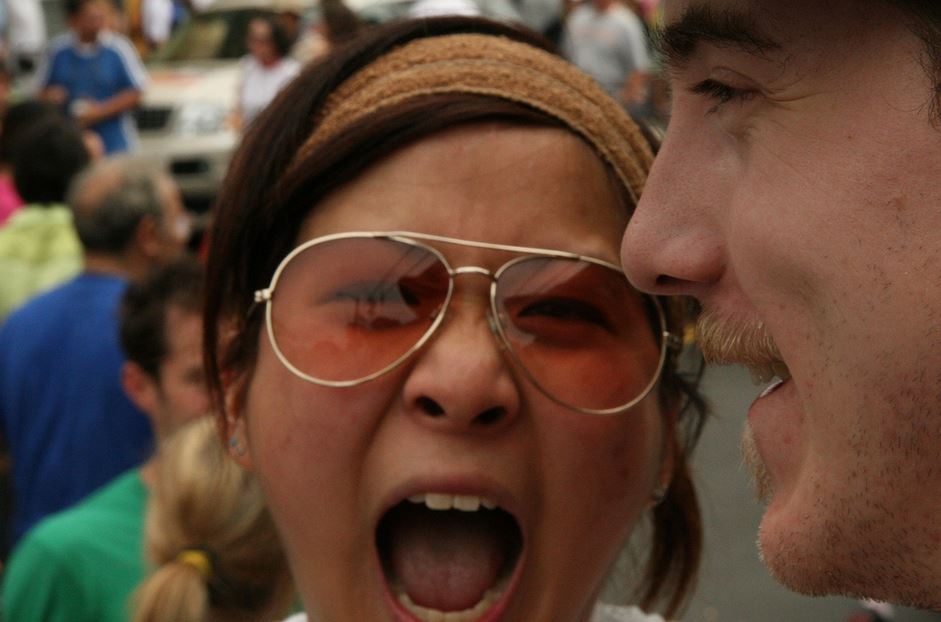 In the digital age, there is always something to be outraged about. Whether it be the “infiltration” by fast food chicken restaurants; the LGBTQIA “plot” to overthrow the good, the true, and the beautiful; or a prom dress single-handedly (single-sleavedly?) wreaking more havoc on Asian culture than Genghis Khan, there’s something to anger everyone! In such an environment, it appears that civil discourse may be truly dead. Debates have been replaced by shouting matches, discussions by memes, and thoughtful questions by ad hominem attacks.

Unsurprisingly, these new tactics have proven ineffective at changing anyone’s mind. Society is becoming more and more insular, and if we continue to use these strategies, the insularity and polarization will simply increase. If we do want to engage in meaningful political dialogue, we have to re-examine how we engage others, and one way to do this is by examining the differential impact of guilt versus shame.

In everyday conversation, guilt and shame are synonyms. However, in social science, we enjoy complicating things. Thus, psychology has operationalized the two similar concepts in such a way as to highlight their subtle differences, showing how they can lead to very different outcomes.

Both shame and guilt involve feeling bad about something we have done and the cognitive dissonance that can result. However, where guilt focuses primarily on the action that led us to feel this way (“I have done something bad”), shame focuses primarily on the self as the cause (“I am someone bad”). Because of these differing focuses, shame and guilt have very different effects on behavior.

Feeling guilty can serve as a “cue for control,” indicating a need to change behavior or engage in a compensatory action to alleviate the emotional turmoil. The focus is on behavior, especially when it is incompatible with self-concept or ideals. Because behaviors can be changed, it is thus relatively “easy” to alleviate guilt via self-adjustment, and thus guilt has been linked to a number of positive outcomes in psychological research, including reducing prejudice and increasing pro-social behavior.

Shame, on the other hand, does not provide such an easy “way out,” as it were. It’s possible to change your behavior; changing who you are is another matter. Thus, while guilt is thought of as a positive emotion, shame is considered a lot riskier. Shame often results in self-loathing and aggression, and rarely produces any behavioral change. In fact, shame can increase problematic behavior to the point that it may become a source of pride. After all, if you can’t fix who you are, you may as well be proud of it.

The majority of political discourse has become shame-based. When faced with a behavior or belief with which we disagree, the default reaction is to ascribe the source of the problem to the person, not the behavior or belief in question. Are you a free-market capitalist? It’s because you hate poor people. Are you a gun-owner? You’re the reason children die in mass shootings. Did you vote for candidate X? You’re morally bankrupt/inherently less intelligent. Do you oppose welfare? You’re a racist. For more examples, check your local social media feed or internet comments section.

In this way, even legitimate problems, when brought into the public eye, become problems of identity rather than behavior. It’s not that you did a bad thing; the thing you did is simply an indicator that you are a bad person. This allows for no way to change, and thus elicits shame, rather than guilt. This rhetoric is unlikely to produce any positive change, but will instead create a vicious cycle of shame and compensatory pride, as seen in the modern political sphere.

Compensating for Shame in Modern Politics

Humans don’t like living in emotional turmoil and are strongly motivated to alleviate it. While guilt allows us to take action to correct or make up for the behavior, thereby alleviating the emotional distress, shame doesn’t. Thus, a common response to shame is to take pride in the problematic behavior in question. This has been observed in the psychological study of bullying, but can be seen all over modern politics, too.

The rise of so-called “toxic masculinity,” the “slut-walk,” and even the disturbing resurgence of extreme nationalism can all be considered as exemplars of the dangers of shame-based rhetoric. Rather than simply address issues of how men treat women and encourage positive change, it became a matter of “all men,” making men feel ashamed simply for being men and compensate by becoming proud of some rather unsavory behaviors. Rather than attempt a reasonable discussion about sexual ethics in our society, discussing the perceived dangers of issues like promiscuity or pornography, it became a matter of shaming women for their sexual behaviors, and they compensated by taking pride in and virulently advocating for them. Rather than trying to come together and address the many legitimate grievances of minorities in our society, it became about “white people,” and the same thing occurred.

By not allowing people an opportunity to change their behavior, by focusing on identity over action, both sides of the political spectrum have ended up making the initial problems worse. Unfortunately, rather than questioning if their rhetorical strategies might be to blame, both the left and right seem to have instead opted to double-down on inducing shame in their opponents. Thus, we have begun a vicious cycle, the end result of which continues to be more division, more strife, and more polarization.

Where to Go from Here

Shame is not an inherently bad thing. There are certainly people in the world who should feel shame based on what they’ve created their identities to be. However, the irony is that if a person actually deserves to feel shame, they’ll probably be less likely to experience it, but instead to engage in compensatory pride or something similar.

So instead of “rightness” or “wrongness,” the question needs to be about effectiveness: Do we want to change minds and outcomes, or do we want to continue a vicious cycle? If we want to have meaningful dialogue, we need to abandon shame-based rhetoric—and recognize when such rhetoric is used on us. If we want to change minds, we need to focus on changeable behaviors rather than on static identities. If shame-based rhetoric is used on us, we need to make sure that we consider any accusations (if they do apply) in the light of our controllable behavior, not our personal identities.

All of this is not to disparage the importance of challenging others with whom we disagree. Asking questions, highlighting fallacies, and showing negative consequences of beliefs are all important parts of living in a functional society. However, the goal of these interactions should be positive change. If we wish to see that change, then we must make the choice to be better and engage in constructive dialogue, rather than shame-based rhetoric. If we focus on behavior, on what people do, rather than who they are, we allow them a chance to change, and only then can we push our cultural dialogue away from the current cycle of shame.

Aaron Pomerantz is a social psychology graduate student at the University of Oklahoma. His interests, research and otherwise, include religion, sexuality, the effects of various media forms, and the influence of culture on human behavior. This article was originally published on FEE.org. Read the original article.