On Free Speech, 40% of Americans Are Closer to the Chinese Government’s Interpretation than the Foun 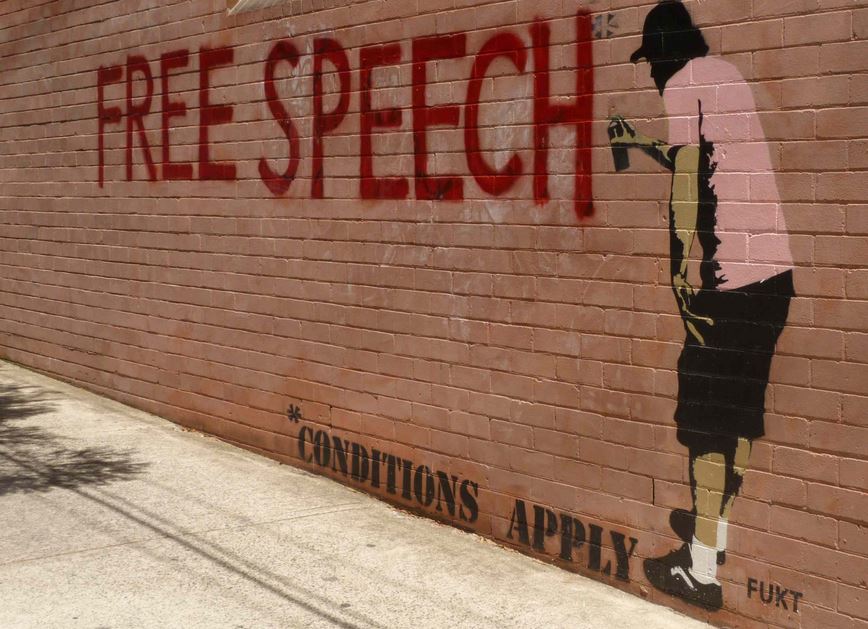 Among the students surveyed, Reason found plenty of wannabee dictators eager to offer their definitions of hate speech and ready to make it a crime.

And it is not just college students who no longer believe in 1stAmendment protections of speech. According to the Cato Institute 2017 Free Speech and Tolerance Survey, 40 percent of Americans think the government should prevent hate speech.

In the Cato survey, 82 percent of respondents agreed that it is hard to ban hate speech because we can’t define it. Yet apparently, many Americans do not cherish the right of speech.

There is no way to sugarcoat these findings: Growing numbers of Americans no longer believe in the Founders vision that the function of government is to protect citizen’s pre-existing and unalienable rights.

Government only has the limited powers explicitly granted by the U.S. Constitution. The vast residual of unenumerated powers is reserved to the people as pre-existing and unalienable rights.

How to Secure Rights

When the first amendments to the Constitution—the Bill of Rights—were being debated, Madison and other Founders were rightfully concerned that protecting enumerated rights would later be interpreted to mean the only rights people had would be those rights named in the Constitution.

Every Founder was a fundamentalist on the right of freedom of speech—the only debate was how to best protect this and other rights.

In Federalist Paper No. 84, Alexander Hamilton argued that a bill of rights could be “dangerous:”

“They [enumerated rights] would contain various exceptions to powers not granted; and, on this very account, would afford a colorable pretext to claim more than were granted. For why declare that things shall not be done which there is no power to do? Why, for instance, should it be said that the liberty of the press shall not be restrained, when no power is given by which restrictions may be imposed.”

In a speech before Congress Madison, bridging divides, acknowledged the fears of those who were opposed to enumerating rights:

“It has been objected also against a bill of rights, that, by enumerating particular exceptions to the grant of power, it would disparage those rights which were not placed in that enumeration; and it might follow by implication, that those rights which were not singled out, were intended to be assigned into the hands of the General Government, and were consequently insecure.”

Madison’s brilliant solution to those fears was the 9thAmendment to the Constitution: “The enumeration in the Constitution, of certain rights, shall not be construed to deny or disparage others retained by the people.”

Unfortunately for America, the clear meaning of the 9thhas been largely ignored by the Supreme Court. Consequently, government has expanded regulations into areas that the Founders never intended.

Today, the American public is willing to ignore the meaning of the 1st Amendment which clearly states, “Congress shall make no law respecting an establishment of religion, or prohibiting the free exercise thereof; or abridging the freedom of speech, or of the press.…”

America’s Founders would have been appalled at the idea that speech was subject to government limitations.

Consider for a moment the Chinese Constitution which seemingly guarantees “freedom of speech.” However, all freedoms granted are meaningless, as rights are taken away by Article 51 of the Chinese Constitution: “The exercise by citizens of the People’s Republic of China of their freedoms and rights may not infringe upon the interests of the state, of society and of the collective, or upon the lawful freedoms and rights of other citizens.”

Have we reached the point that many Americans are akin in their political philosophy to the relatively totalitarian Chinese government?

When some Americans argue that hate speech infringes on the rights of others, are they not using the same logic set out in Article 51 of the Chinese Constitution?

Democracy Does Not Protect Rights

In Federalist Paper No. 10 Madison explains that democracy offers no protection against the passion of a faction opposed to liberty: “When a majority is included in a faction, the form of popular government…enables it to sacrifice to its ruling passion…both the public good and the rights of other citizens.”

One cure for the tyranny of factions who attempt to usurp unalienable rights was, of course, strict limits on the power of government.

A government that protects unalienable rights is rooted in the hearts and minds of its citizens. Today, not knowing the principles of liberty, almost 40 percent of Americans believe the right of free speech should be regulated by government. At the same time, according to the Cato survey, “71% of Americans believe that political correctness has done more to silence important discussions our society needs to have.”

When the people no longer believe in strict limits on the powers of government, can our loss of liberty be far behind?  If free speech is to survive, we the people must believe in it.