Morality and Immigration: 4 Overlooked Stats Everyone Is Missing in the Border Crisis Debate 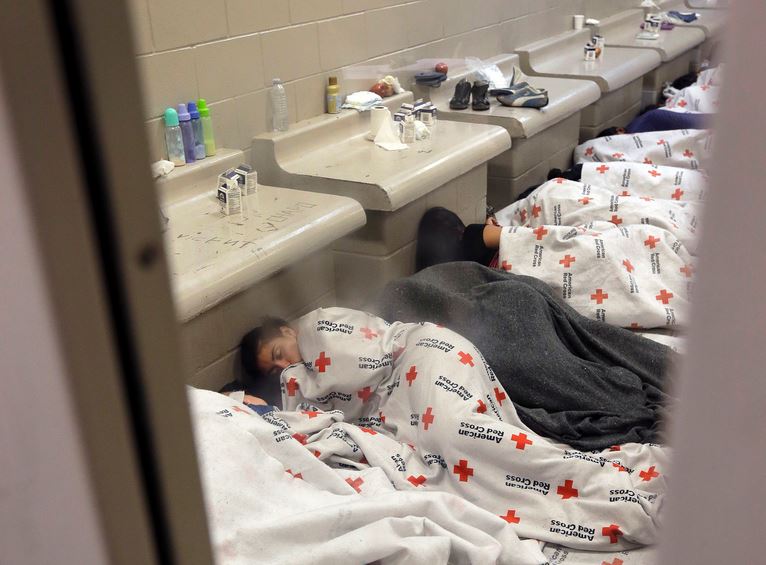 The humanitarian crisis unfolding on America’s southern border is a tragic scene.

Reports state that Department of Health and Human Services has been taking in about 250 children per day in recent weeks as immigrants from South America—primarily from the nations of Guatemala, El Salvador, and Honduras—pour into America. By August, the department could have as many as 30,000 kids on its hands.

Though reporting of the event has been sensational and at times hysterical—CBS reporter Gayle King stated that “the Statue of Liberty is weeping”—no one wishes to see children separated from their parents, even temporarily.

There has been a great deal of finger-pointing over who’s to blame. Critics of the “zero tolerance” policy blame the president. His defenders and immigration hard-liners have mostly resorted to “whataboutism,” pointing out that the Obama administration also separated migrant children from parents who were being prosecuted for unlawful entry in to the U.S. and confined migrant children in cages and makeshift detention centers.

As the Daily Caller reported, “Obama administration prosecuted nearly 500,000 illegal immigrants between FY 2010-FY 2016. They referred 1/5 of illegals for prosecution, which often resulted in family separations.”

This fact, of course, gets us no closer to addressing the horrifying conditions of the detention centers, their human cost, or the bureaucratic nightmare we’ve witnessed in recent years.

The shock, outrage, and sadness Americans displayed over these detention centers reveals two things: 1) Their admirable compassion for their fellow humans; 2) Their utter ignorance of what most migrants undergo during their 1,500-mile trek to the American border.

A glance at a few previously reported statistics reveals that for most Central Americans—children and adults—the true horrors of their pilgrimage are experienced before they ever step foot in the United States.

1. Reports Suggest 60-80% of Women Are Raped During Their Journey

A staggering 80 percent of Central American females—girls and women—reported being raped while crossing Mexico en route to the United States, according to a stunning 2014 Fusion investigation.

That figure is slightly higher than a 2010 Amnesty International report that found 60 percent of women and girls are raped during their journey.

“Sexual violence, or the threat of sexual violence, is often used as a means of terrorizing women and their relatives,” the Amnesty International report said. “Many criminal gangs appear to use sexual violence as part of the ‘price’ demanded of migrants.”

Additional information can be found here.

2. 70% of All Migrants Are Victims of Violence

A 2017 report by Doctors Without Borders found that 68.3 percent of all migrants said they were victims of violence during their migration toward the U.S.

“Patients reported that the perpetrators of violence included members of gangs and other criminal organizations, as well as members of the Mexican security forces responsible for their protection,” the report said.

“In the past 14 years,” a Smithsonian Magazine article declared in 2014, “more than 6,000 people have died trying to migrate through the U.S.’s southern border, a new report by the International Organisation for Migration.”

Bear in mind, this was in 2014. Child migration has increased dramatically since then.

This surge, according to a 2014 New York Times story, was the result of bi-partisan legislation signed by George W. Bush in the final weeks of his administration, which attempted to curb the trafficking of children into the U.S. Via the Times:

“…the legislation, enacted quietly during the transition to the Obama administration, is at the root of the potentially calamitous flow of unaccompanied minors to the nation’s southern border.

Originally pushed by a bipartisan coalition of lawmakers as well as by evangelical groups to combat sex trafficking, the bill gave substantial new protections to children entering the country alone who were not from Mexico or Canada by prohibiting them from being quickly sent back to their country of origin.”

This legislation, Obama officials said, was “partly responsible for tying its hands in dealing with the current influx of children.”

The humanitarian crisis on the Mexico-U.S. border appears to stem largely from hastily passed and signed legislation that encouraged the migration of South American minors by making it illegal to quickly release them to their country of origin.

The law—the William Wilberforce Trafficking Victims Protection Reauthorization Act—didn’t just create a bureaucratic nightmare for U.S. immigration authorities. It created a huge incentive for migrants—living in brutal conditions in dysfunctional states—to make the long trek to the U.S. It also created incentives for human traffickers, who exploit the law to smuggle migrants into the U.S.

While the poor conditions of the detention facilities have received a great deal of media attention, the hellish road migrants travel to arrive in the U.S. has been almost entirely overlooked. Many migrants—children and adults—will arrive pregnant and diseased. Others will be maimed, beaten, and robbed. Nearly all will be traumatized, unless they are simply left in the desert.

The border argument has been framed largely in moral terms.

“I live in a border state,” former First Lady Laura Bush wrote in the Washington Post. “I appreciate the need to enforce and protect our international boundaries, but this zero-tolerance policy is cruel. It is immoral. And it breaks my heart.”

It’s difficult to find compassion or morality in policies that encourage human trafficking and the mass migration of children across continents where they will face rape, gang violence, and disease.

There is a case to make that America should open its borders to all people of all nations. But if America does not wish to become an open-border nation, it’s sending a mixed message to Latin America.

In 2014, presidential candidate Hillary Clinton said, “We have to send a clear message, just because your child gets across the border, that doesn’t mean the child gets to stay.”

This was tough language from a progressive candidate. But Clinton was right in at least one respect: messaging matters.