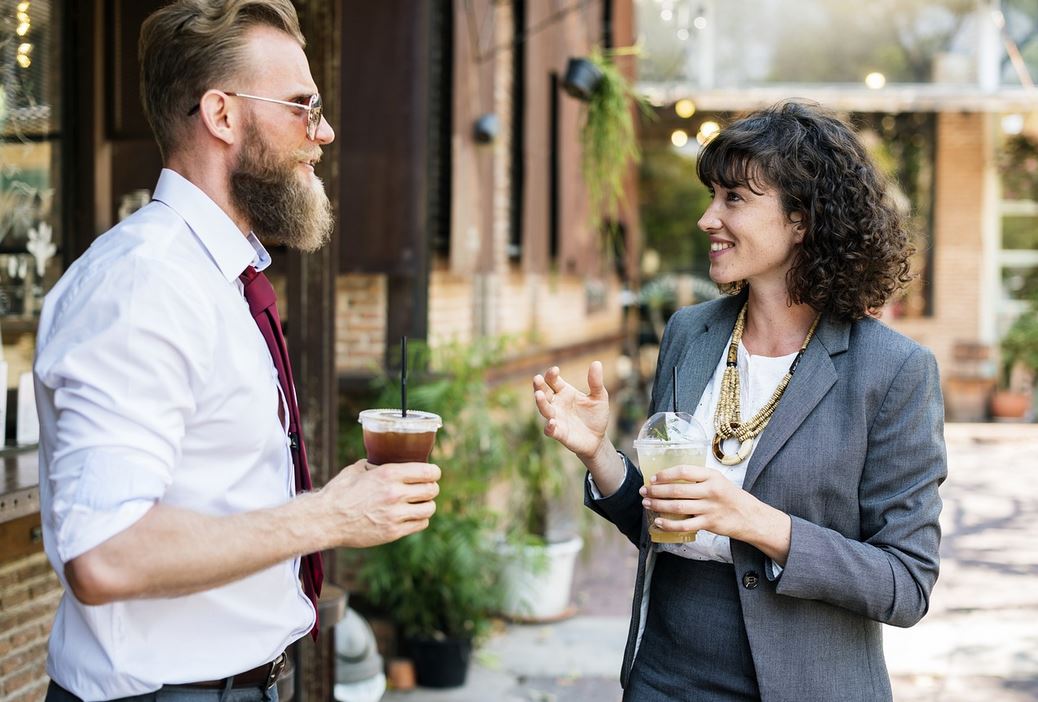 By now, unless you have spent the past two decades living as a Venusian, you are aware that good manners in the public square and in social media are at rock bottom. In addition to the kooks attacking speakers in colleges, mobs surrounding and screaming at members of Donald Trump’s cabinet when they appear in restaurants, and movie stars throwing obscenities around like loose change, we find snarky, profanity laden comments online, tweets attacking people for innocent comments or photographs, and boors—or should that be boars?—who root out racism and sexism in the most innocuous of posts.

But here is the strange thing.

People don’t generally misbehave in this way in the flesh.

In the coffee shop I regard as my second home, the young barista with the tattoos and piercings greets me, a guy in his sixties in khakis and a button-down shirt, with a smile. The teller at my bank says hello and chats pleasantly about her upcoming vacation. Several of my relatives who proudly stand on the other side of the political spectrum speak to me civilly, even when discussing current events. When I hold the door open for a woman entering our public library, she didn’t take my head off, but smiled and said, “Thank you,” just as I would have done had she held the door for me.

So here’s the thing: Most of us generally know how to behave in the company of our fellow human beings. We may judge others by their appearance as progressive or conservative, we may note the color of their skin, we may determine their station in life by the grease under their fingernails or the clothing they wear, but we generally behave toward them with reserved politeness.

But put some of us in a mob, inject some of us with the heroin of extreme politics, or give some of us the anonymity of the Internet, and manners fly out the door. We no longer see as human someone like Sarah Huckabee Sanders, Donald Trump’s press secretary. Instead, she becomes a walking, breathing repository of all our hatred. We come across a young girl wearing a Chinese dress to her senior prom, bring out the knives, and slice her to pieces with our curses.

Over twenty years ago, Judith Martin, also known as “Miss Manners,” wrote Miss Manners Rescues Civilization, in which she deplored the low level of crassness and ugly misbehavior in American public life, and proceeded to point out again and again the need for a code of etiquette, a template which largely amounts to treating others with that same respect we ask in return. Since the publication of Martin’s book—bear in mind that social media was then in its infancy—our descent into ill-mannered behavior has worsened with every passing year.

Now for the secondary part of my title: A forlorn hope is a military term for those troops who head up an assault on a fortified position with the expectation of high casualties. Right now might be the ideal time for some of us to become the forlorn hope on the Internet and in the public square, hard-charging troopers against impossible odds but who nonetheless insist on the primacy of manners in debates public and private.

We could be the ones who refrain from snark and obscenity, the ones who gently reprove those who engage in such assaults, the ones who remind politicians, commentators, and celebrities that throwing out the f-bomb just makes them look dull and ignorant.

Supreme Court Justice Clarence Thomas once said, “Good manners will open doors that the best education cannot.” In politics and on social issues, America has become a nation of closed doors and shuttered windows. By practicing manners, by treating our opponents, even the rude ones, as if they were human beings, maybe we can unlock some of those doors and throw open some of those windows.