Gay Wedding Cakes & Firefox: Why We Need the Freedom to Discriminate 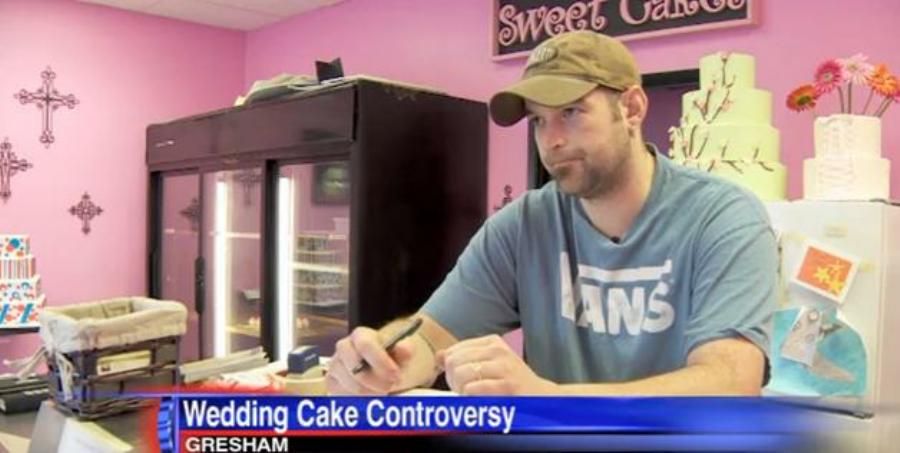 Do you know one of the fastest ways to create strife and discord in a pluralistic nation like America? Use the government to force conformity of lifestyles and beliefs upon everyone.

A pluralistic nation is one in which people of differing beliefs and worldviews agree to a general set of laws that uphold common values and unite the people while not divisively enforcing dogmas and certain specific beliefs. Rarely does such a construct achieve a well-ordered balance and quite often such societies fall into disunity and even civil war after one group gains power and attempts to force its beliefs upon the others.

Over the last century, the Progressives have made impressive strides to gain control of not only the institutions that shape culture, such as education, entertainment, and media, but also of the levers of government power through the administrative state and its bureaucracies. Only a fool would argue that they, joined with other ideologues like the social justice warriors and Cultural Marxists, are not on the ascendancy.

Much to the chagrin of more orthodox or traditional Christians as well as a variety of non-Christian Independents and Conservatives, the Progressives are using both the law and their culture-shaping institutions to make it very difficult for your average American to hold down a job or own a small-business while not fully agreeing with the social justice warrior agenda. From the Progressive view, these holdouts are on the “wrong side of history” and need to either get on board with the plan or fade away.

The Achilles Heel of the Progressive argument, though, is its insistence on “tolerance”. More and more Americans who share in the belief that we should have a tolerant, pluralistic society are finding the demands of social justice warriors to be not only hollow, but even hypocritical.

Tolerance, it now appears, means that you must agree to be tolerant of those individuals or groups who have found favor with the social justice warriors, but intolerant of those who disagree with them. It doesn’t really make sense, does it?

If we are to be as tolerant as possible of all Americans’ beliefs and lifestyles, then we must also tolerate those individuals who are intolerant of others. The gay couple who sues to use government to force a Christian baker to make them a wedding cake are no more tolerant than the Christian baker. When you demand that others conform to your beliefs and values, that is the very definition of intolerance — particularly when it means that you force the other person to do work for you.

Another example of the hypocrisy comes from a few years ago. Brendan Eich, the former CEO of Mozilla, which created the web browser Firefox, was ousted from his position because someone discovered that he donated $1,000 to supporters of California’s Proposition 8, which declared in 2008 that only marriages between a man and a woman would be recognized as valid. Mind you, Prop. 8 passed with 52% of the vote.

Eich’s values, despite being supported by 52% of the Prop. 8 voters in California, were seen as intolerant and going against the values of Mozilla. The outcry grew to a crescendo and he was forced to resign his position.

One of the core tenets of a free and just society, especially a pluralistic one, is the right to free association. What is that? It is the idea that free people should have the freedom to associate or disassociate with whomever they choose. It is exactly what Mozilla did when the company forced Eich to resign, they disassociated themselves with him.

Might the way to a peaceful, tolerant society be one in which we allow all people the freedom of association? Consider this, was Mozilla wrong for wanting its leadership to align with its values? Arguably, no. But if that is true, then it is also not wrong for a company to affirm other values and to hire people who align with those values — even if the majority or the elites disagree with those values.

But are we ready for such honest tolerance?

It’s a position that goes very much against the educational and cultural inputs most of us have been molded by over the last three to five decades. Discrimination is a very dirty word. Yet, that is exactly what Mozilla did.

Not too long ago in America, many companies, organizations, schools, colleges, and hospitals upheld certain values, often religious or ethnic. One hospital might be run by the Methodists while another was run by Catholics and still another was run by Jews. It was the same for many companies and other organizations, too. Even neighborhoods were often segregated on ethnic and religious lines. Americans and their organizations discriminated based on their values, just like Mozilla did a while back.

Much of the freedom to associate or disassociate was erased during the Civil Rights Era in the 1960s. To achieve certain social goods, we abandoned long-held principles.

Now, not a few Americans will say that the freedom to discriminate is exactly what was wrong with America: “If you think such freedom was acceptable, then you must think that a KKK restaurant-owner should be able to turn away a black man for service.” Well, let’s flip it around: Should a Black man be able to refuse service to a member of the KKK? Should a Black man be free to build a company that is owned and operated only by fellow Black Americans? Should Blacks be able to establish Black-only colleges and other institutions of higher education?

The reality is that freedom isn’t always pretty. People are going to do and say things that you or the elites may find repulsive, blasphemous, bigoted, or racist. Do we need to agree upon and draw limits to some actions based on beliefs? Sure. But if we want to have a truly tolerant society, we must allow for a colorful ecosystem while also agreeing upon the basics of civil government and society that best allow for that ecosystem to organically develop.

For that reason, coupled with the growing cultural and political divisions in the country, it may be wise for our nation to have a serious conversation about what tolerance really means. Shouldn’t people be free to associate and disassociate with whomever they please?