‘Bourgeois Dignity’: The Idea that Created the Modern World 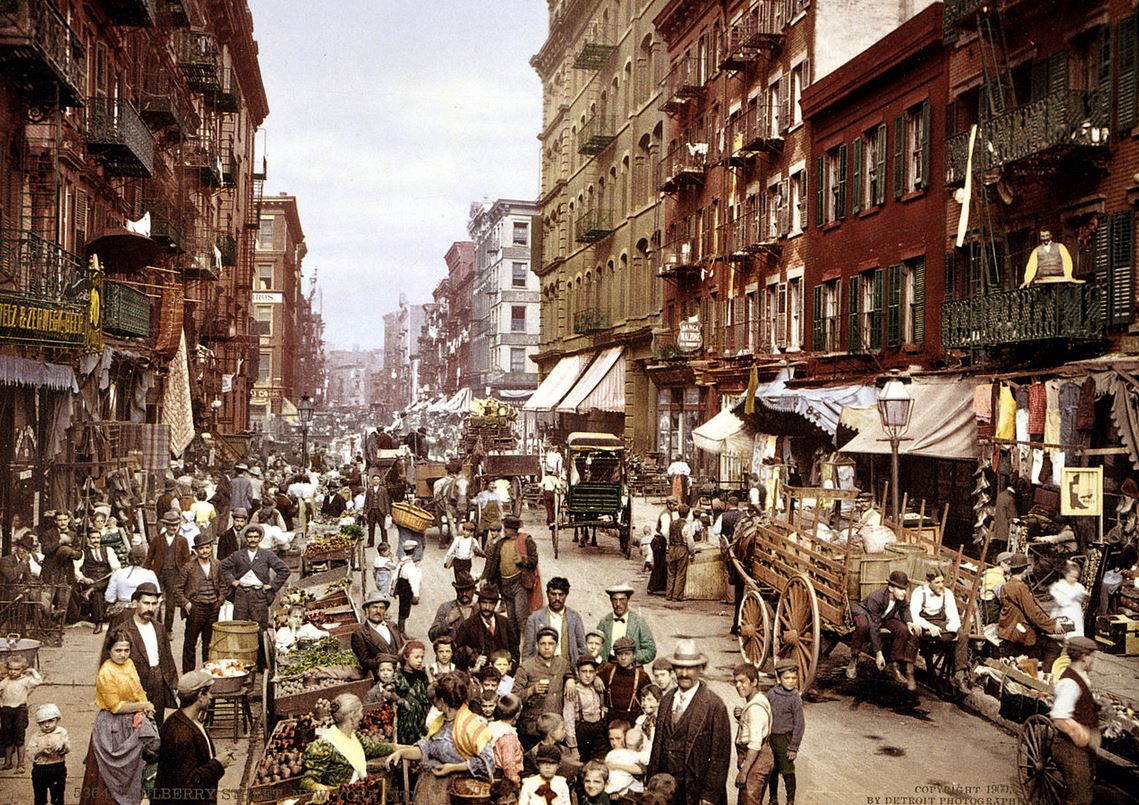 When thinking about the astonishing improvement in living standards occurring over the last two centuries, one can’t help but wonder about the causes of such a radical transformation: what explains the unprecedented increase in income per capita that the world has experienced since 1800?

To answer this question, one needs to look back at where it all began: late eighteenth-century England. In effect, England pioneered a new way of doing things that marked a turning point in the history of humankind. But why did this dramatic change take place in England? Why in the late eighteenth century? And more importantly, what brought about that change?

To be honest, I had never reflected upon the ultimate causes of the Industrial Revolution, the onset of modern prosperity. As many others, I had taken for granted that, at some point and for diverse reasons, England embraced markets, an institutional framework protecting private property rights and contracts, and free trade, all of which resulted in modern economic growth.

Yet, as pointed out by economic historian Deirdre McCloskey in her book Bourgeois Dignity: Why Economics Can’t Explain the Modern World, this account doesn’t explain by itself what she calls Great Fact: the unprecedented rise in standards of living that began in 1800. Bourgeois Dignity, which is the second volume of a trilogy trying to find an evidence-based (though not necessarily materialistic) answer to the above questions, critically examines and rejects each of the explanations that economic historians have explored to account for the emergence of the Industrial Revolution in eighteenth-century England. Let’s take a look at some of them.

The emergence of the Industrial Revolution has been explained by what McCloskey calls capital fundamentalism:the idea that capital accumulation was the main factor bringing about the Industrial Revolution as well as the source of the impressive economic growth that explains the modern world. Nobody denies that capital investments produce long-term prosperity by raising productivity and, thus, living standards. Yet it is insufficient to explain the non-linearities in economic growth: the process was not gradual, as it would be if explained by capital accumulation, but explosive as shown by the graph below.

It wasn’t an expansion of trade either, according to McCloskey. It seems obvious that free-market oriented trade policies favor economic prosperity: the more we trade with others, the better off we end up.

Yet McCloskey claims that foreign trade isn’t a crucial engine for growth. The embracement of free trade policies in the mid-nineteenth century by England was no doubt positive, but it cannot solely explain the fact that real income per capita in England has multiplied by sixteen since then.

How about institutions? Few would deny that inclusive political and economic institutions (using the terminology of Acemoglu and Robinson in their outstanding work Why Nations Fail) play a decisive a role in setting the right incentives and constraints that allow people to develop their full potential. Yet institutions are not enough to explain the Great Fact, argues McCloskey. Let’s take the case of property rights, one of the pillars of market societies.

McCloskey also examines other potential explanations and concludes the same: it was neither slave trade nor imperialism nor geographical factors nor improved transportation. None of them have enough explicative power to account for such a dramatic change. What then caused the Industrial Revolution and, as a result, modern economic growth?

According to McCloskey, it was ideas: a sociological change in the way people viewed business people, entrepreneurs, and merchants, who started to be admired and seen as positive forces in the advancement of societies. Once entrepreneurs were given leeway and incentive—both financial and social—to pursue their objectives, innovation in the form of Schumpeterian creative destruction was unleashed, leading humankind to the most prosperous period in history.

In the author’s words, “a change in how people honored markets and innovation caused the Industrial Revolution, and then the modern world.” This change, which began in seventeenth-century Netherlands and reached England in the 1700s, cannot be explained by drawing on materialistic or economic reasons exclusively. Otherwise, the Great Fact could have taken place in other places or times in history, but it didn’t.

How convincing is McCloskey’s account? The mastery of the literature that McCloskey shows throughout the book as well as the robustness of her arguments makes Bourgeois Dignity a very persuasive narrative, especially when it comes to explaining what did not cause the Industrial Revolution.

Her main thesis on what brought about the Great Fact is more controversial, although it should be noted that it is not the aim of the book to present evidence in favor of the sociological change she argues for: this is done in volume three of the trilogy. In any case, Bourgeois Dignity is a must-read for anyone interested in understanding the roots of the modern world.