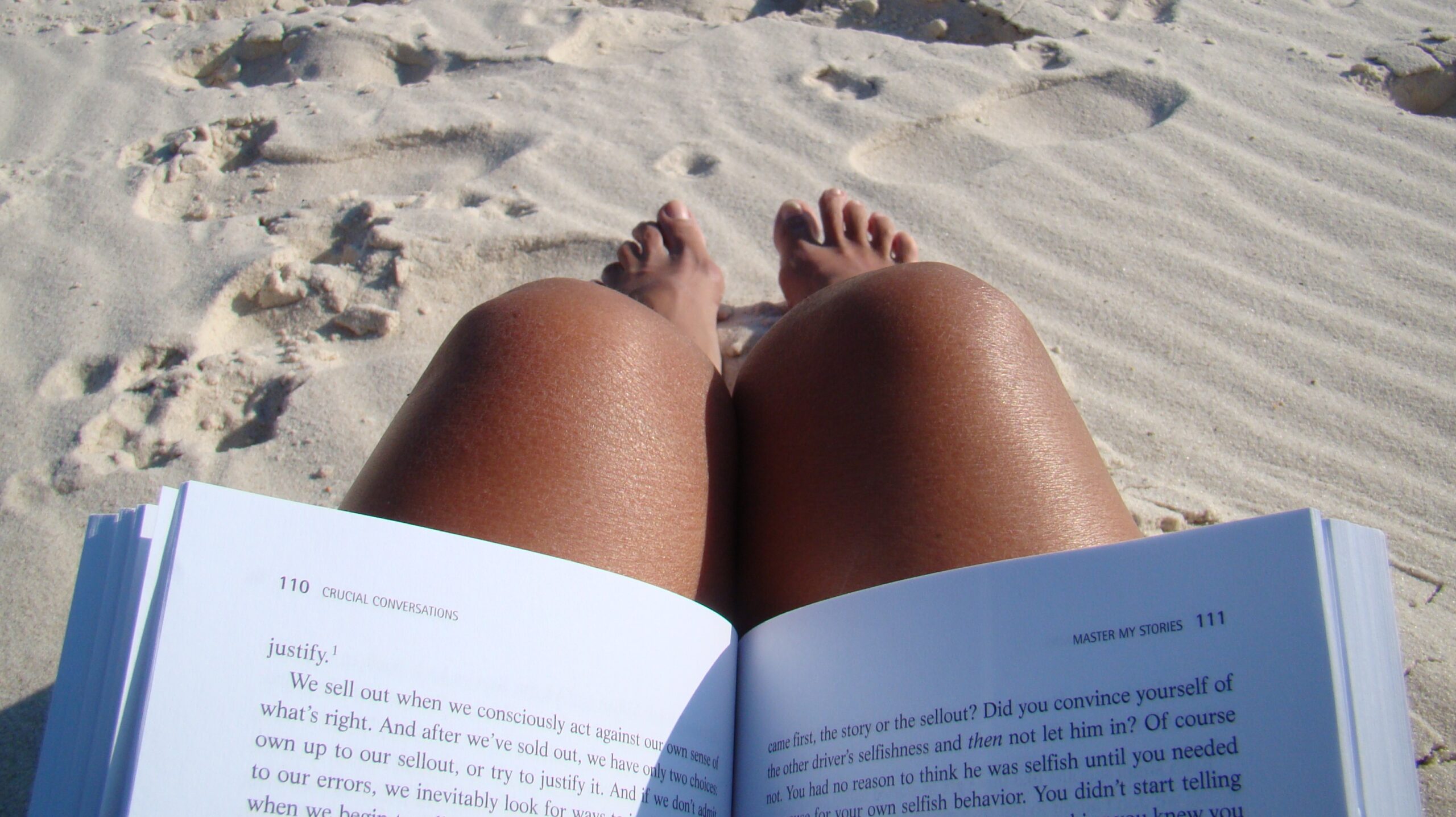 At the beginning of summer, we often are treated to a spate of “Summer Reading” lists that we are supposed to read “at the beach.” The trouble is, the lists are either so overstuffed with long books or are just so long that any attempt to read them at the beach will result in sun poisoning.

How about a summer reading list you can really get through? Maybe one weighted with a few great books you always wanted to read and a few newer ones worth your attention?

Here are two quick ways of getting some profitable reading done at the beach (or on the back patio or maybe on the shady porch). The first is to read just one long book. Just one. And if you have time afterwards, take in a few of the books on the longer list of short books.

Here’s the first list. This is the list of long books that you can drink deeply from along with your iced tea. Books that will introduce you to a world in which you can live for a while. Pick one:

The best novel by the best novelist who ever lived. The story of Anna, on her slow way to Hell, and Levin, on his slow way to heaven. And War and Peace is almost as good. They’re both long, but you won’t want either of them to end.

2.The Count of Monte Cristo, by Alexandre Dumas

A rip-roaring yarn about a man in Napoleonic France who spends his entire life preparing himself to take vengeance on those who cheated him of everything, including his wife, and almost his life. But then … It’s a book hard to put down.

3. Dombey and Son, by Charles Dickens

The story of a man so caught up in being a successful businessman that he neglects the things closest to him that really matter. His daughter Florence Dombey, his ill-fated wife Edith Granger, and the inimitable Captain Cuttle–characters you will never forget.

4. The Years of Lyndon Johnson Set: The Path to Power, Means of Ascent, Master of the Senate, The Passage of Power, by Robert Caro

I know. Sounds boring. The life of Lyndon Johnson. Ugh. Well, prepare for a mind-blowing experience. This riveting four-part biography, possibly the best political biography ever written, is about a brilliant political mind that sacrifices everything–including integrity–for political power. I. had. No. Idea. And characters sketches of larger than life Texans that will have you quoting this book to your friends: Pappy O’Daniel (yes, that character in Oh Brother, Where Art Thou, was real!), Coke Robertson (who Johnson cheats out of a U. S. Senate seat), and Texas Ranger Frank Hamer (who brought down Bonnie and Clyde).

You won’t be sorry you read any one of these, except for the fact that your friends won’t see you all summer because you won’t want them to disturb you while you are reading.

Here’s the second list. Most of these will take you no longer than ten hours total to read. Some will have you weeping (Fidelity), some will cause abject terror (Rebecca), and some will have you open-mouthed in wonder at their ingeniousness (Dorian Gray). Pick three or four:

Another of America’s best novelists on his game.

Prepare to be terrorized by the head maid.

A future society in which books are burned. Or is it the present?

5. Island of the Lost: Shipwrecked at the Edge of the World, by Joan Druett

If you’re going to get marooned on an island, make sure it isn’t this one.

6. A Rising Man, by Abir Mukherjee

Find out why there are statues of Balzac all over France.

New Yorker writer’s memoir of his youth spent searching the world for the perfect wave–and finding it. Plus you can read about waves while watching them.

9. West With the Night, by Beryl Markham

Autobiography of growing up in Africa. So good, Hemingway wrote, “I am ashamed of myself as a writer.”

10. The Picture of Dorian Gray, by Oscar Wilde

Your hand will get tired dog-earing the pages of quotable expressions. Sheer brilliance.