Politicized Classrooms Are a Problem. But Are State Legislatures Really the Solution? 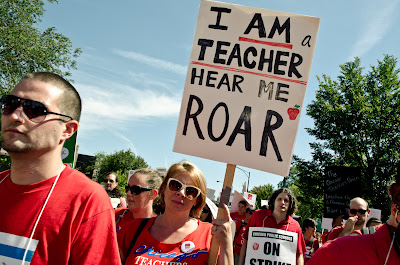 Polling numbers tell the story. According to a recent Harvard University poll, 51% of those between 18 and 29 reject capitalism, while fully one-third support socialism. How to account for such numbers? Is it simply affection for a kindly Uncle Bernie (Sanders), coupled with disdain for an over-bearing Uncle Donald (Trump)? Or is it something much more than that? State legislators in Minnesota and elsewhere seem to think so. And they likely are right.

It’s not that such a problem does not exist. It does. The only questions or doubts, it seems to me, revolve around the breadth and depth of the problem.

But another problem looms. Any legislative effort in this area stands to be dismissed, if not condemned, as McCarthyite. And such a label will resonate, if only because Senator Joe McCarthy holds a greater place of prominence than is reserved for many American heroes.

As a young community college teacher, I was part of the problem. I assumed that my job was to de-mythologize the American past. Among many other things, that meant elevating villains and cutting heroes down to size.

It didn’t take too many years for me to discover that a lot of that work had already been done—and was continuing to be done. How so? I learned a few things from those among my students who were recent high school graduates. That is to say, I gradually came to grips with what they knew and didn’t know about the American past.

For example, students knew all about Joe McCarthy and his “witch hunts,” but not much about Thomas Jefferson, except that he owned slaves and slept with at least one of them. So, over time I found myself elevating heroes and cutting villains down to size.

Maybe that very balancing act is going on in classrooms across the country. But in all likelihood it’s not.

What can be done to learn the truth of the matter? This is primarily a job for parents and local school boards. And in the end it may be an argument for school vouchers.

There was a time when public schools were seen to be agents for educating patriots and citizens. In addition to teaching the three “Rs,” the public school system in its infancy was also about the business of Americanizing and Protestantizing the young, especially the immigrant young in our big cities. Catholics and others responded by creating schools of their own. There is a certain irony here. If there once was a time when parents withdrew their children from public schools because there was too much (of the wrong sort of) religion in them, today parents remove their children because there is, at best, no religion in them. And at worst? Hostility toward religion in general.

None of this is to suggest that the legislature or local school districts lack the authority to decide what should be taught in our public schools. Whoever pays the piper calls the tune. Simply because that authority is seldom exercised does not mean that it does not exist. Academic freedom is one thing; the power of the purse is quite another.

During the Scopes “monkey trial” of the mid-1920s, the Baltimore curmudgeon/essayist, H.L. Mencken, was a great defender of biology teacher John Scopes. He certainly thought that the theory of evolution should be taught. He also thought that Darwin was right. But guess what? Mencken also wrote a piece in the Nation magazine defending the authority of the Tennessee state legislature to pass laws dictating what should or should not be taught in the state’s public schools. Whoever pays the piper . . .

While there may be some doubt about exactly what is going on in our public school classrooms, there should be no doubt that Mencken was right.

Can another sea change take place? Yes, but it will require individual acts of citizenship, rather than only legislative action. Those acts could include parental monitoring of classroom experiences or citizen action to push local school boards into action. It could also include pressing for and ultimately legislating for vouchers or, failing that, choosing to homeschool. In any case, any one of the above would be better than an unwieldy and unenforceable law, a law that will inevitably create more problems than it can possibly solve.