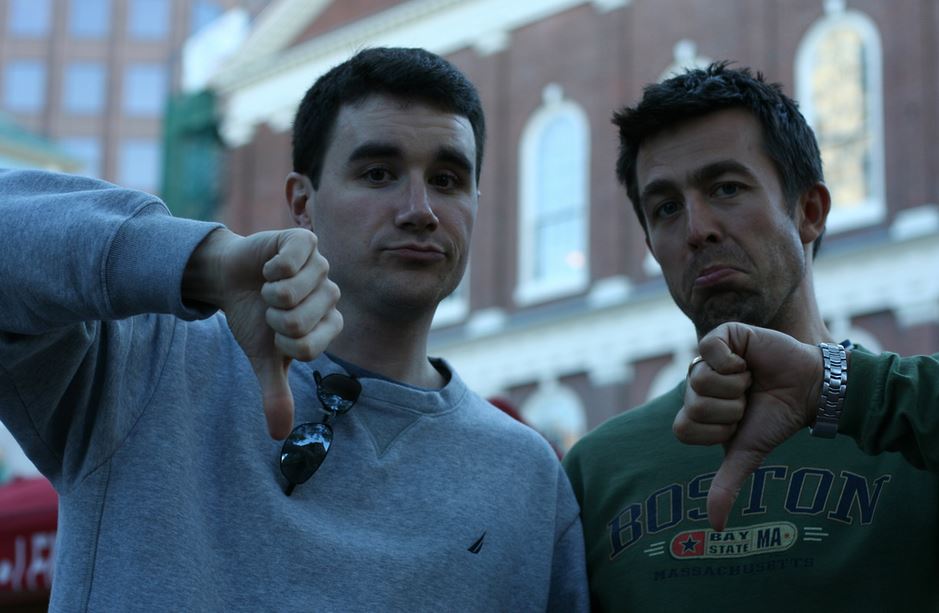 There’s often a perception that Americans are so proud of their country and its “exceptionalism” that they are blind to any of its flaws.

That may be true in some cases, but a recent Pew Research Report calls that into question in one area especially: Public schools.

As the chart below demonstrates, Pew asked respondents to compare various institutions with those in other nations. The American military got the biggest raves, followed by standard of living and scientific achievements. Public schools, however, were at the bottom. In fact, a whopping 41 percent of respondents rated America’s public schools below average when compared to those in other countries.

What’s perhaps more surprising about this is that large numbers of Democrats and Republicans agree that the nation’s public schools are below average. This is likely the case for several reasons, including strained funding, failed standards such as Common Core, and abysmal scores on national assessments.

Rather than be discouraged, however, Americans should recognize this dissatisfaction not as a bad thing, but as something good. Author and educational theorist Albert Jay Nock explains this in his work The Theory of Education in the United States. He first notes, “The lively and peremptory exercise of dissatisfaction is the first condition of progress.” In other words, recognizing a problem is the first step toward solving it.

But the second step toward solving the problem lies in diagnosing the type:

Nock suspects the problem with public schools is the latter:

“Any machine has some kind of theory behind it; and when you have a machine that has had every possible resource of mechanical ingenuity and care expended on it, and yet will not work satisfactorily, the situation at once suggests that something may be amiss with its theory.”

The question we must then ask is, “What is wrong with our theory of public education?”

Various experts have suggested different possibilities. C.S. Lewis thought the encouragement of self-esteem – spurred on, of course, by the democratic quest for equality – was at the root of the problem. Author Dorothy Sayers suggested it was the failure to teach students how to learn for themselves. And teacher John Taylor Gatto suggested that the true culprit of the problem was the system of conformity enforced by schools.

We’ve worked for years to invent new ways of instruction, atmosphere, and more, yet we continue to stay stuck in a rut of dissatisfaction over America’s public schools. If we want to break free from that dissatisfaction and turn out well-educated children, do we need to think outside of the box and consider what types of preconceived notions and theories are enslaving teachers, parents, and students to a system of failure?