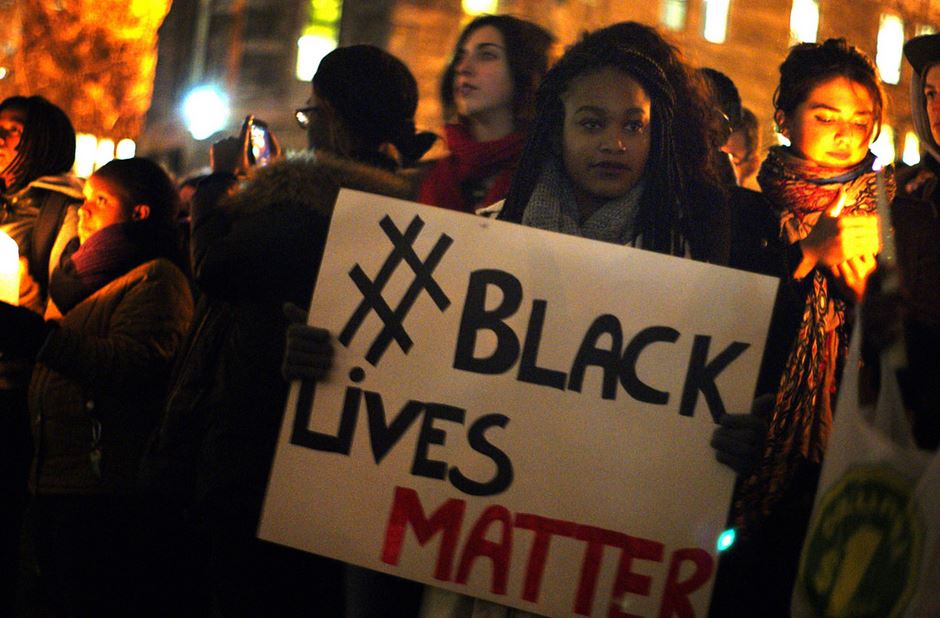 When Jesus visited his disciples after his execution, they were terrified. They expected him to bring the standard justice of the ancient world: vengeance. Instead, Jesus said, “Shalom.” This greeting was more than a cessation of violence; it was the start of a new order of harmony grounded in Jesus. Shalom means “no space between” parties united in love.

I saw Shalom when I recently spoke with Hawk Newsome, president of Black Lives Matter Greater New York and a leader of the new civil rights movement. We found harmony in our desire to imitate Jesus as a model for neighborly ethics.

Mr. Newsome told me he wants people to embody love by seeking justice beyond racial, partisan, or class lines. His organization confronts cases dealing with police brutality, profiling, and mass incarceration. But his Christ-centered approach transcends boundaries that derail. His desire to see all life as sacred is felt in speeches like a recent D.C. speech where he treated Trump voters with love.

Tea Party attendees, libertarians, and Trump voters know what it feels like to be pre-judged based on the actions of others using those banners. Therefore, we should extend a presumption of goodwill to Mr. Newsome and his efforts rather than judge him by every voice that has used the Black Lives Matter motto.

Hawk and I believe Jesus calls us to imitate his nonviolence in the way we do justice. We believe when Jesus said, “Do not resist evil with violence,” that means something every time we enter the voting or jury booth.

The future that unites conservatives and African-Americans is the practical vision of Jesus. With Jesus, we can move past arguments over the motivations of particular individuals and act on a principle on which we can all agree: If a person has not aggressed against someone, there should be no law against them.

This is common sense when we forget the groupthink of politics. As individuals, we know what violence is, and we have an intuition that it should be met with defensive force.

As individuals, if we see a theft or assault, we would be justified in using force to protect victims. Likewise, if we saw someone committing fraud—like selling Nebraska beachfront property—we understand that force can be used to stop it. Thus, individual defense against violence should be codified as law so that society can prevent violence as well.

Laws against anything else only result in moral chaos, broken families, and alienating tribalism. Once we cede the principle that we can hire a politician or side with a jury to enforce a law that uses the violence of the state—deadly force and prison cages—to correct a nonviolent, victimless act, we give the state a power which becomes arbitrary and tyrannical.

Prisons are a societal version of the same restraint we individually reserve against violence. When we misuse them, we bear false witness against our neighbors. When a community casts a nonviolent person into a cage (rife with violence), we are performing a lie. We are treating them as if they have done violence that warrants sending lethal agents to separate them from their families and surround them with barbed wire and gun towers. We are resisting evil with violence.

When we accept victimless crime laws, we reject the ethics of Jesus.

I know most of us have not been taught to deconstruct law this way. So, we must be gracious as people are confronted with this reality. But once we see the truth, we must act on it.

We Must Embrace Nonviolent Accountability

The Founding Fathers—though flawed in their execution—agreed with our desire for a society based on nonviolence. They believed government existed only to protect life, liberty, and property. So they created a jury system with the duty to nullify unjust laws.

Jury nullification was used by Christians to resist the enforcement of fugitive slave laws. Conscience could not stand forcing a human into captivity. Likewise, we can imitate Jesus and fulfill our Founders’ legal vision by voting “not guilty” in trials in which a human faces captivity for nonviolent acts.

Jesus told a crowd punishing an adulterous woman, “He who is without sin, cast the first stone.” His call made each person wake from the violent groupthink suppressing their moral clarity. Without a faceless crowd, each person must face the ugliness of using violence against someone for a victimless act.

People who study Jesus know there is no moral exception when a crowd acts like it’s okay to reject His way.

Adultery has destroyed more families than any drug, and yet Jesus saw no need for force to restore the woman. So should we use nonviolent accountability for our neighbors’ vices.

If Christians want to build a future for liberty, we must join our black brothers and sisters and confront the incarceration of millions of nonviolent people. If we want a society that does not use government to force business decisions, limit health care choices, or censor speech, we must defend the principle of no victim, no crime today.

No more scapegoats. No more blame-shifting. No more ignoring Jesus. No more resisting vices with violence. We do not need to scapegoat police. Nor do we need to send them into no-win situations to enforce useless laws. If a police report cannot name a victim, we should never ask an officer to write it.

It’s time to heal racial division and family agony created by bad laws. When we use our vote and jury duty to end these laws, we will destroy cartels created by them, reunite parents with their children, and ignite a cycle of contagious mercy that will transform our neighborhoods forever. Shalom.

Let’s get to work.

David Gornoski is your neighbor – as well as an entrepreneur, speaker and writer. He recently launched a project called A Neighbor’s Choice, which seeks to introduce Jesus’ culture of nonviolence to both Christians and the broader public. A Neighbor’s Choice is also the name of his weekly radio show on state violence and alternative solutions to it. Email him here. This article was originally published on FEE.org. Read the original article.