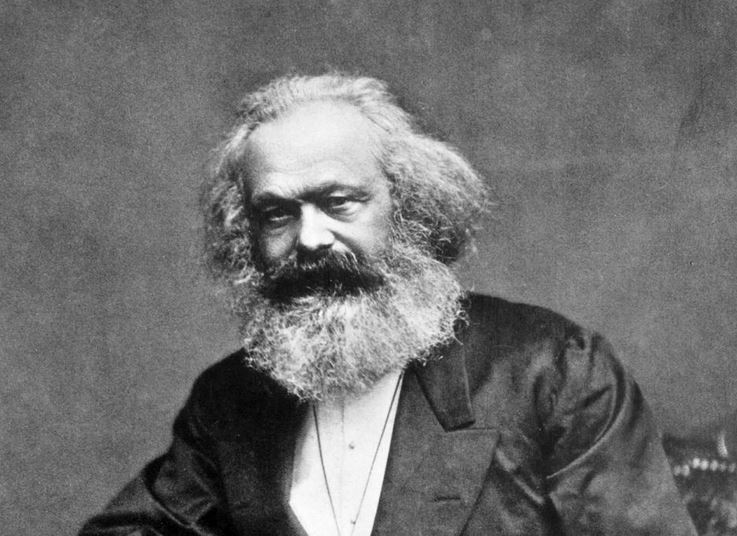 This Saturday is the 200th anniversary of the birth of Karl Marx, the most destructively influential writer on economics in world history. Here are five facts should know about the German philosopher and co-author of The Communist Manifesto:

1. As a student at the University of Bonn, Marx was introduced to the philosophy of the late Berlin professor G.W.F. Hegel and joined the Young Hegelians, a group that held radical views on religion and society. Marx was already a bit rough (while at school he was imprisoned for drunkenness and fought a duel with another student) but the Young Hegelians helped to radicalize him. Although baptized a Lutheran, Marx was an ardent atheist and even discussed starting an academic journal called Atheistic Archives. Because of his extreme views on religion and politics and his association with the Young Hegelian, he was denied an academic career and had to settle for working as a journalist.

2. Throughout the 1840s, Marx found himself to a man without a country. He was run out of Prussia in 1842, expelled from France in 1845, run out of Belgium in 1848, and was forced to leave Prussia again in 1848. He then moved to England in 1849, but Britain denied him citizenship and Prussia refused to re-naturalize him. Marx even considered moving to Texas in 1843, and applied to the mayor of Trier, his birthplace, for an immigration permit.

3. From the time Marx moved to England in early 1849 until the time of his death, he and his family lived in abject poverty. After his first year in London year  he was kicked of his two-room apartment for failing to pay rent. He was forced to use a fake name to hide from creditors. On some days, Marx could not even leave his house because his wife Jenny had to pawn his pants to buy food. His friend and collaborator, Friedrich Engels, frequently sent Marx money (between 1865 and 1869 alone Engels gave Marx the equivalent of $36,000). In a letter written on his fiftieth birthday to Engels, Marx recalled his mother’s words: “if only Karl made capital instead of just writing about it.”

4. Soon after moving to London, Marx organized a British branch of the Communist League, the first Marxist political party. One member of the group was August Willich, a former Prussian military commander who had been court-martialed for being a Communist. Willich believed Marx was insufficiently revolutionary and reportedly plotted to kill him. At a League meeting Willich challenged Marx to a duel. Marx refused, but it led to the end of the League in England. (Willich later moved to the U.S. and became a general in the Union Army during the American Civil War.)

5. In 1862, Marx wrote a letter to Engels saying, “A lousy life like this is not worth living.” He would, however, go on to live for another two decades. Only 11 people attended his funeral on March 17, 1883 (telegrams were also received from the French Workers’ Party (Paris Branch) and the Spanish Workers’ Party (Madrid Branch)). Marx’s work might have faded into obscurity had it not influenced a young Russian revolutionary named Vladimir Lenin. After reading Das Kapital, Lenin declared himself a Marxist seven years after Marx’s death. Lenin would go on to become founder of the Russian Communist Party, leader of the Bolshevik Revolution, and architect and first head of the Soviet state.