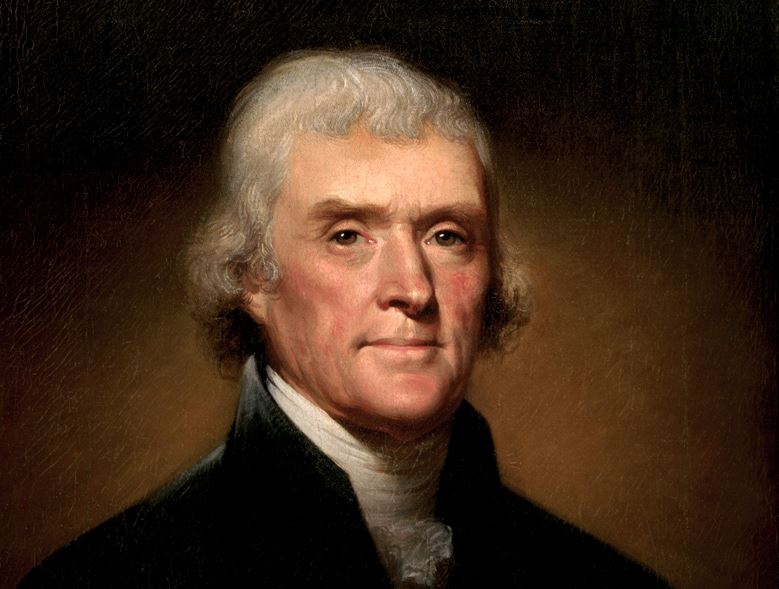 April 13 marks the 275th anniversary of Thomas Jefferson’s birthday. A renaissance man with a long and accomplished legacy, Jefferson played a major role in the founding of the United States of America—and establishing its strong protections for religious freedom for all.

There can be no better way to celebrate one of America’s greatest statesmen than by reclaiming his legacy of religious liberty and living as boldly as he did in freedom’s defense.

It is sadly ironic that a few select words of Jefferson—the “wall of separation between church and state”—have been abused and distorted today by those seeking to dismantle the foundations of our republic.

Those words appeared in Jefferson’s now infamous letter to the Danbury Baptists, a religious group in Connecticut concerned with its state government’s weak religious liberty protections.

Shortly following his election to the presidency in 1802, Jefferson wrote:

Believing with you that religion is a matter which lies solely between man and his God, that he owes account to none other for his faith or his worship, that the legislative powers of government reach actions only, and not opinions, I contemplate with sovereign reverence that act of the whole American people which declared that their legislature would ‘make no law respecting an establishment of religion, or prohibiting the free exercise thereof,’ thus building a wall of separation between church and state. Adhering to this expression of the supreme will of the nation in behalf of the rights of conscience, I shall see with sincere satisfaction the progress of those sentiments which tend to restore to man all his natural rights, convinced he has no natural right in opposition to his social duties.

“Thus building a wall of separation between church and state” is arguably the most abused phrase in American history. This one sentence from Jefferson’s personal correspondence has been uprooted from its original context, used to bludgeon people of faith into civic silence, and even advance government intrusion into the homes of the faithful.

Groups like the ACLU, Freedom From Religion Foundation, and the American Humanist Association, among others have used this phrase as a call to arms in a never-ending litigious assault. Hell bent on exorcising religion from American life, they have no shortage of plaintiffs from sea to shining sea—all faithful congregants at “Our Blessed Mother of the Perpetually Offended.”

Consider a few of the most recent examples in this disturbing trend. These cases are a mere sampling of the hundreds of legal matters First Liberty Institute engages in each year, documented annually in our index on hostility to religion in America, “Undeniable.”

Two county commissioners—one in Jackson County, Michigan, the other in Rowan County, North Carolina—regularly open their sessions with an invocation led by one of the commissioners. In 2013, an individual activist and the ACLU, respectively, sued the commissioners for supposedly violating the separation of church and state.

Would Jefferson agree with those lawsuits? I doubt it.

As president, Jefferson not only signed bills that appropriated financial support for chaplains in Congress and the military, but he himself attended church services held on the floor of the House of Representatives.

Prayer on the Job

Toni Richardson is an educational technician who works with students with special needs at a public high school in Augusta, Maine. In a conversation at school, she told a co-worker and fellow church member, “I’ll pray for you.”

Her employer, citing the “separation of church and state,” threatened her with disciplinary action up to termination if she continued using such “unprofessional language.”

What would Jefferson think?

While president, Jefferson also served as the chairman of the school board for the District of Columbia, where he authored the first plan of education adopted by the city. His plan used the Bible and Isaac Watts’ hymnal as the principle books to teach reading.

Saying ‘God’ at a Retirement Ceremony

Oscar Rodriguez is a decorated Air Force veteran. While giving a patriotic flag folding speech at a retirement ceremony for fellow airman Chuck Roberson, uniformed airmen assaulted and physically removed Rodriguez from the room because he dared mention the word “God” in his speech.

What was Jefferson’s approach to the role of religion in the military?

In addition to the bills he signed appropriating funds for chaplains in the military, he also signed the Articles of War on April 10, 1806, in which he “earnestly recommended to all officers and soldiers, diligently to attend divine services.”

A Pioneer for Religious Freedom

In perhaps his most famous written work, the Declaration of Independence, Jefferson exemplified his deep commitment to the divine origin of the rights of each individual in the famous line, “We hold these truths to be self-evident, that all men are created equal, that they are endowed by their Creator with certain unalienable rights; that among these are Life, Liberty, and the pursuit of Happiness.”

In essence, America’s “birth certificate,” as penned by Jefferson, declared that God existed, and that his existence is the basis for all personal, political, and economic rights.

Those who seek to hijack the phrase “separation of church and state” to impose secular humanism on our political life can only do so by willfully turning a blind eye to the volumes of Jefferson’s other writings, as well as his own actions as president. Those actions speak louder than any words.

But even apart from abusing the phrase “separation of church and state,” the left will undoubtedly continue to target people of faith by seeking to undermine their rights of conscience and free exercise of religion.

Jefferson’s victories for religious freedom are our cherished inheritance, and his fight for liberty is now our fight. Now is a time for all Americans—religious or not—to stand up for our first freedom as the bedrock upon which all liberty stands. No better inspiration can be found than Jefferson’s own personal seal, which read, “Rebellion to tyrants is obedience to God.”

Those who courageously stand against oppression can do so secure in the knowledge that the author of the Declaration of Independence—and more importantly, the author of our liberty itself—are not neutral in the contest.

Lathan Watts is director of community relations for First Liberty Institute, a nationwide religious liberty law firm dedicated to protecting religious liberty for all. This article has been republished with permission from The Daily Signal.