Whistleblower: There Is No Faculty Accountability in Universities 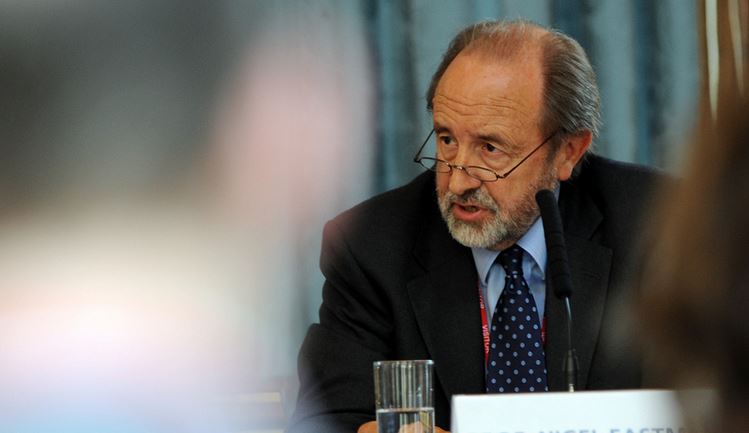 I became interested in academic accountability within the university because I had no choice: the lack of accountability I experienced at the University of North Carolina at Wilmington obligated me to act. I had become embroiled in a situation where I was morally bound to report wrongdoing. But I had no idea that being a “whistleblower” in higher education would take hundreds of hours of my time, and thousands of dollars in legal bills, with still no closure. I had little knowledge of the processes that governed faculty misconduct until I experienced them, which I wrote about previously for the Martin Center.

That experience caused me to wonder what it was like for students. As is probably true with most faculty, I was only vaguely aware of how student academic misconduct is dealt with at UNCW. Is the student process as unclear and ineffectual as it is for the faculty? Is it superior or inferior to what faculty undergo? Can we benefit by taking a closer look at what happens to students in the event of academic wrongdoing?

Federal and state guidelines exist in higher education concerning student behavior. For example, in 2011, the Department of Education required a “preponderance of the evidence” as a standard for all Title IX cases. The 1972 federal law prohibits gender discrimination in any federally funded education program or activity. (The act also requires colleges and universities to develop procedures to respond to claims of sexual harassment.) More relevant here, however, is a North Carolina law that permits an attorney or a non-attorney advocate to represent students charged with misconduct. While honoring federal and state guidelines, each North Carolina campus is allowed to develop its own set of standards. UNCW’s processes seem to reflect the norm in the UNC system, and at other colleges and universities nationwide.

The UNCW Code of Student Life (CSL) spells out “the rights and responsibilities and expected levels of conduct of students.” For cases with little danger of suspension, such as unruly behavior in class, a single, trained administrator reviews the facts of the case and makes a determination. If the student is found responsible, the hearing officer determines the appropriate sanctions. The whole process takes around 10 business days.

In the case of a serious infraction, where the possible sanction includes suspension or expulsion, students will more than likely choose to have the matter resolved before the Campus Conduct Board (CCB). This group consists of students and faculty. All are required to receive training in adjudication basics. A PowerPoint presentation is available online, and additional training and in-service meetings are provided throughout the academic year. The purpose of this training is to acquaint students and faculty with the basic terms and concepts involved with adjudication, such as student rights, due process, cheating, and plagiarism.

The CCB hearing is a model of clarity and efficacy. A formal document permits an accused student and adjudicators to know each stage of the hearing process. In addition to having an attorney or non-attorney advocate present, the case is presented orally, and the student and accuser face each other. Witnesses are called and questioned. After the case against the student is given, he or she is permitted to offer a rebuttal or make a final statement. The student is then informed of his or her right to appeal.

The CCB deliberates, and their decision is spelled out in a Case Resolution Form, on which the reasoning behind the decision and sanctions (if any) are explained. The CCB typically decides a case immediately after a hearing but must act within 10 business days.

The Case Resolution Form is entered into a student’s conduct file and a database called “Maxient.” The software company claims it is “the software of choice for managing behavior records at colleges and universities across North America.” The database keeps track of student conduct files within each university. The data is not open to the public. It is protected by the Family Educational Rights and Privacy Act, which is designed to protect the privacy of student education records while also providing students the right to inspect and review them.

The standards and processes UNCW employs for the faculty fall far short of the student process. There is nothing online nor elsewhere that permits a faculty member to know what to expect upon entering the hearing process. Some information trickled out before the process began, but not enough to be meaningful. It seemed the Faculty Professional Relations Committee (FPRC) was making up the rules as we went along. I was unsure whether to go ahead with my grievance. The FPRC chair encouraged me to do so.

Unfortunately, UNCW faculty have apparently decided that no training in legal terms and concepts which serve students well is necessary. Nothing in the faculty handbook says otherwise. Not seeking help to understand matters not germane to our academic discipline seems to be a disease with us. Highly expert in one field, we assume we are expert in others. I have two small film production companies and have experience with the legal system. I honestly felt—and hoped—FPRC members would know more than me. They did not.

I asked a number of procedural and substantive questions before the process began. Sometimes the response was swift and precise; other times it was not. My questions irked members of the FPRC for I was told at the outset of the hearing that it was not  “a court of law.” I knew that, of course. But I did not think recognized standards of due process would be ignored.

There is more that makes the UNCW faculty hearings process decidedly inferior to that of its students. Faculty are not allowed to face their accuser, call witnesses, or even have an attorney present. The grievant presents their case in writing before the hearing; students do so on their feet and orally. Faculty receive questions they are going to be asked beforehand; students do not.

A decision regarding wrongdoing is not put into a faculty member’s personnel file, a database, or anything of the sort. It is not recorded and disappears—along with the evidence. Only the academic dean sees the report sent by the FPRC. I tried to find out where it is officially stated that only the dean and not the provost or chancellor are allowed to see the report, but neither the dean nor General Counsel would respond to my questions. Deans serve short terms (approximately three to five years) and then move on. They take knowledge of the FPRC’s findings with them. Faculty wrongdoing can continue on and on without a trace.

Whereas each student hearing is recorded, transcribed, and disseminated, this is not the case with faculty. (I offered to pay for a recording and transcript but was refused.) A student who violates academic standards can be suspended or expelled. Students know before going into a hearing that their actions have consequences. I assumed the same for the faculty process. Yet even serious academic wrongdoing by my adversary had no results. We were both told to write letters of apology. It was a faulty process without a resolution, a complete waste of time.

“Many times,” the CCB argued, “past behavior is a predictor of future behavior.” It is the principal reason student records are kept. Repeated wrongdoing is cause for increasing levels of discipline. But with faculty, wrongdoing is a forever first-time offense throughout their careers. It begs the question of who is responsible if a faculty member guilty of academic wrongdoing commits the same or an even more egregious act in their department or as an administrator? What if a faculty member found guilty of plagiarism does so again? Who is to know?

By investigating these and other questions, it quickly became clear that the process for judging accusations and disputes for students is vastly superior to that of the faculty. This is wrong. Faculty should be held to a much higher standard than their students. We are classroom role models. We are supposed to set an example and inspire imitation. But the mechanisms in place to uphold faculty standards are ineffectual.

Perhaps this inexcusable lack of holding faculty unaccountable is entirely intentional. The American Association of University Professors (AAUP) is a well-known supporter of faculty interests. In an article presented by Donna R. Euben, AAUP Staff Counsel, and Barbara Lee of Rutgers University, they said that “the discipline of a faculty member appears to be rare.”

While there are standards of education, training, knowledge, and skills for professors, there is no accountability. And this is the bottom line of any entity that wants to claim it is a “profession.” UNCW has lofty ethics policies but offers a mirage in terms of executing them. We are the keepers of public trust regarding our students, but not ourselves.

Flickr-Foreign and Commonwealth Office   (CC BY 2.0)