The ‘Respectable’ Anti-Semitism of the Left 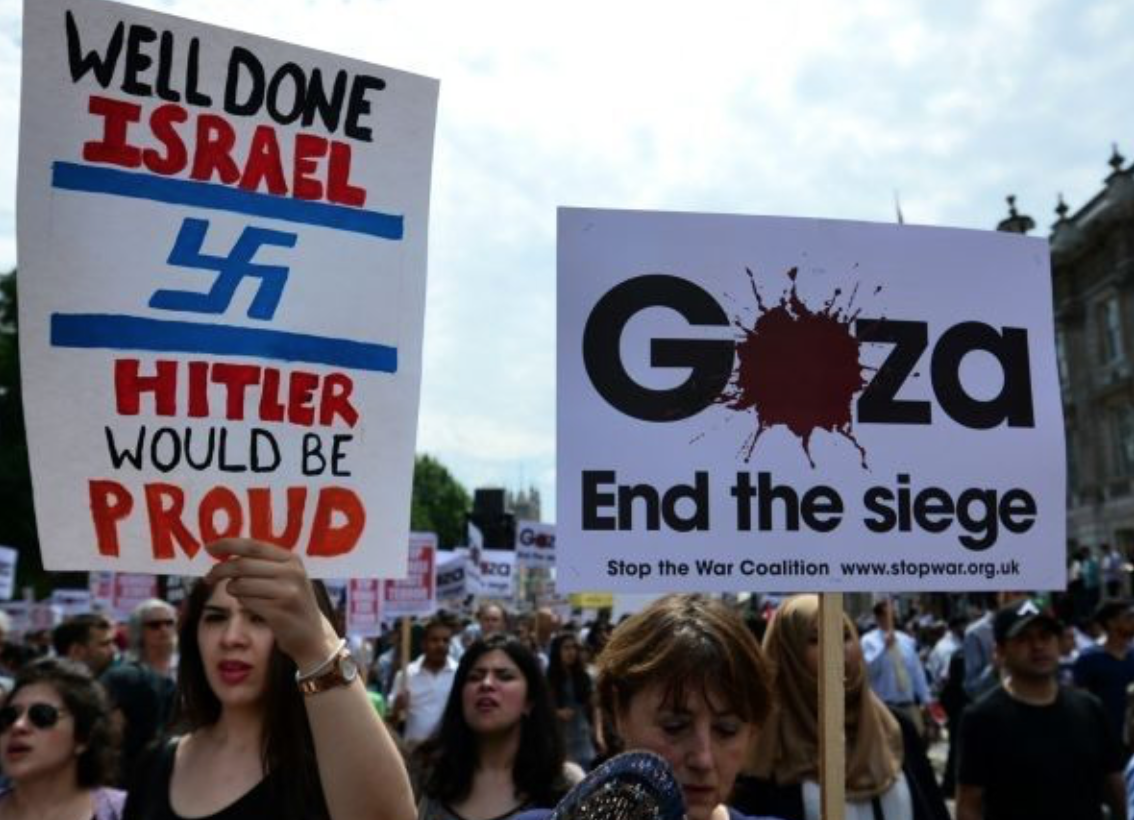 In the past two years, no less than three books on left-wing anti-Semitism have been published to generally favorable reviews: Dave Rich’s The Left’s Jewish Problem – Jeremy Corbyn, Israel and Anti-Semitism (September 2016); Antisemitism and the Left – On the Return of the Jewish Question by Bob Fine and Phil Spencer (February 2017); and Contemporary Left Antisemitism by Dave Hirsh (August 2017).

Each focuses largely on Britain, where the Labour Party has a serious problem on its hands. But it’s far from being a trivial problem in continental Europe and the U.S. as well. And that raises an interesting question.

Before I say how, it should be noted that the term ‘anti-Semitism’ is somewhat misleading and may well have been coined as a euphemism. It’s most commonly used to mean loathing of or prejudice against Jews as a people. The Jewish people are indeed of Semitic origin. But so are Arabs. Yet a good deal of left-wing “anti-Semitism” today is motivated by sympathy for one class of Arabs: those dispossessed by the founding of the State of Israel, who are called “Palestinians,” as distinct from those who are full Israeli citizens, who are called “Israeli Arabs.” So, for precision’s sake, I shall speak of “anti-Jewishness” rather than “anti-Semitism.”

That anti-Jewishness on the American Left is real is well documented in a new article by David Harsanyi: “Why Does the Left Get a Pass on Anti-semitism?” He doesn’t really answer that question, but he does present abundant evidence of the problem, which is also an irony.

Along with most Americans, Jews in particular were appalled by the menacing neo-Nazi and KKK demonstrations at Charlottesville last year. The violence that resulted should have surprised nobody; everybody should have been appalled. That’s why, as the “resistance” to President Trump duly noted, his tepid response was unacceptable.

But why aren’t Democratic politicians denouncing the notorious Jew-hater Louis Farrakhan, head of the Nation of Islam in America, or March for Women leader Linda Sarsour, whose anti-Zionism motivates an anti-Jewishness almost as intense as Farrakhan’s? On the Left, the racial and religious prejudice of such figures is generally greeted with silence or, at best, criticisms as tepid as Trump’s of the neo-Nazis. And that’s ironic because, from the post-World-War-II era until quite recently, anti-Jewishness has been denounced far more often by those on the Left than by those on the Right.

Farrakhan and Sarsour aren’t the only examples. It is not uncommon to hear, from far-left Westerners as well as Middle-Eastern Muslims, that the Israelis are “the new Nazis” by virtue of imposing “apartheid” on the Palestinians. That is not just a meme on campuses that support dis-investment in and boycotting of Israel. It has motivated physical attacks on Jews in France as well as Britain—though not, as far as I know, in the U.S., as well.

So why does anti-Jewishness now get a pass on the Left? I don’t think the answer is that mysterious.

Farrakhan’s anti-Jewishness gets a pass because he represents an important segment of an accredited victim group: African-Americans, who also happen to vote reliably Democratic. Sarsour’s anti-Jewishness gets a pass because of her militant feminism. Such women also vote reliably Democratic. Universities and NGOs calling for the economic isolation of Israel get a pass because they see themselves as fighting for another accredited victim group: the Palestinians.

But the relative economic success of Jews—which, after all, has excited envy and suspicion for centuries—is now compounded by Israel’s success at fighting, surviving, and thriving in a tough neighborhood. Few people think of Jews as an accredited victim group anymore. So Jews don’t get automatic sympathy on the Left, as they used to because of the Holocaust, and now they are often seen more as oppressors than as oppressed.

Thanks to the identity politics of victimhood, anti-Semitism is back on the Left as well as the Right, and it’s becoming almost respectable again. Jonathan S. Tobin, a Jew writing for other Jews, argues that it’s time for “liberals to draw a line in the sand.” They’d better.