The Nation’s Report Card Shows Reading Scores Remain Lousy. Here’s How We Can Improve Them. 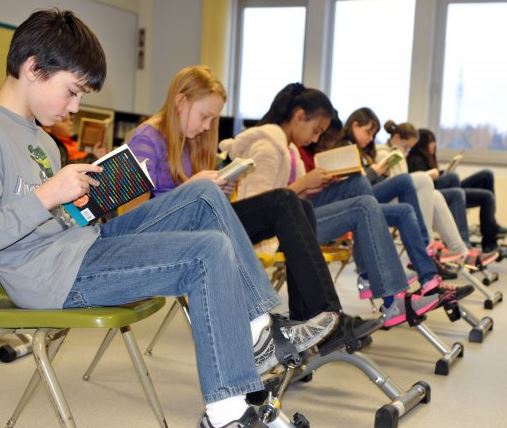 In case you missed it, the results of the nation’s 2017 Report Card are in… and once again, they’re not very pretty. Since the last measurements in 2015, 4th graders have dropped one point in reading, while 8th graders have increased by two measly points. To put it bluntly, scores are flat.

“We just need more money!” or “If students had access to more technology, then our problems would be solved!”

Thus, I was a bit surprised when I came across an article in The Atlantic by Natalie Wexler that offered a different perspective. Instead of blaming these stagnant reading scores on lack of funds, Wexler chalks them up to today’s education methods.

According to Wexler, the education system requires teachers to focus heavily on teaching reading comprehension. While this seems like a great plan, it unintentionally drives students away from gaining true, coherent knowledge that continually builds on itself. Instead of building their reading “house” by starting with the foundation, installing the studs, walls, rafters, and shingles, it gives students a brick, then a shingle… then a piece of siding and a bucket of paint.

Drawing from a panel of cognitive scientists and literacy specialists on the best way to teach reading, Wexler presents the following solution to our reading woes:

“The implication is clear. The best way to boost students’ reading comprehension is to expand their knowledge and vocabulary by teaching them history, science, literature, and the arts, using curricula that guide kids through a logical sequence from one year to the next: for example, Native Americans and Columbus in kindergarten; the colonial era and the American Revolution in first grade; the War of 1812 and the Civil War in second grade, and so on. That approach enables children to make sense of what they’re learning, and the repetition of concepts and vocabulary in different contexts makes it more likely they’ll retain information. Not to mention that learning content like this can be a lot more engaging for both students and teachers than the endless practice of illusory skills.”

The interesting thing about this idea, is the fact that it is the exact one which schools followed for centuries through the classical education model. Dorothy Sayers (1893-1957), a classicist and author, laid out this model of education for a modern audience in a document entitled, “The Lost Tools of Learning.”

According to Sayers, education is a set of tools that works together to build a coherent structure of knowledge upon which to base thinking and right living. This approach to education “armed” students for the tasks of life far better than the “piecemeal” approach common in today’s schools.

“And today a great number–perhaps the majority–of the men and women who handle our affairs, write our books and our newspapers, carry out our research, present our plays and our films, speak from our platforms and pulpits–yes, and who educate our young people–have never, even in a lingering traditional memory, undergone the Scholastic discipline. Less and less do the children who come to be educated bring any of that tradition with them. We have lost the tools of learning–the axe and the wedge, the hammer and the saw, the chisel and the plane– that were so adaptable to all tasks. Instead of them, we have merely a set of complicated jigs, each of which will do but one task and no more, and in using which eye and hand receive no training, so that no man ever sees the work as a whole or ‘looks to the end of the work.’

Could this be the main reason why test scores never seem to rise beyond a low threshold? Have we removed structure and coherence from the education system, replacing it with a scattershot method instead? And in so doing, are we growing confusion rather than clear, cohesive thoughts in the minds of our children?