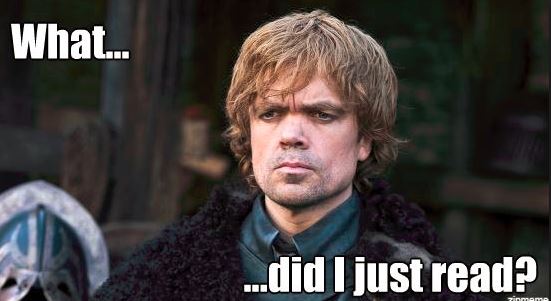 Ilya Shapiro, a senior fellow at the Cato Institute, offers up yet another example of the collapse of free speech on university campuses.

“The latest ‘non-platforming’ of a speaker at a purported academic institution happened to my good friend and sometime co-author Josh Blackman at City University of New York Law School two weeks ago, when he attempted to give a lecture on the importance of free speech on campus. As he wrote on his blog in an epic post accompanied by copious pictures and video, once publicity for the event began after spring break, enraged students began planning a protest.

When Josh asked his host, the president of CUNY’s Federalist Society chapter, why his classmates were up in arms, he got the explanation that ‘first, that this is a Federalist Society event; and second, they saw a few of your writings (specifically a National Review article praising Sessions for rescinding DACA and ACA), and instantly assume you’re racist; and third, our event being titled about free speech is reminiscent of events that claim free speech just to invite people like Milo Yiannopoulos and Ann Coulter.’

Indeed, that sentiment resulted in Josh being greeted with assorted signs. Some attacked him personally:

‘Josh Blackman you are not welcome here’ and ‘Pronouns matter, Josh Blackman does not.’ Others went after the Federalist Society, which some smeared was ‘founded to uphold white supremacy.’ Still others took on the Constitution itself: ‘The First Amendment is a weak shield for white supremacy’ and ‘The First Amendment is not a license to dehumanize marginalized people.’”

How did we get here? We’ve tracked the demise of free speech and offered up some theories on why students are ditching the cherished principle in droves.

But Christina Hoff Sommers recently provided perhaps the most compelling and succinct explanation as to why free speech is being abandoned by academics, progressives, and student activists at schools across America, including Middlebury, Lewis and Clark, UC Berkeley, Claremont McKenna, and Evergreen State.

“I have noticed one striking change,” said Sommers, an author, philosopher, and resident scholar at the American Enterprise Institute, in a video at the Factual Feminist. “An increasing number of college professors and students equate speech with violence.”

Sommers said she first became aware of this conflation in 2015, when an Oberlin College faculty member suggested in an op-ed titled “Violence Requires Multiple Definitions” that Sommers was committing a form of violence by questioning sexual assault statistics.

“…violence can be physical as well as discursive,” wrote Jade Schiff, Assistant Professor of Politics at Oberlin, “and some would say that even this distinction is not very useful because the body is not separate from our experiences and our practices of meaning-making.”

Here is how Sommers responded to Dr. Schiff’s bit of Newspeak (Orwell would have approved my usage of the term).

Sommers is quite correct. And Americans would do well to remember that the First Amendment was created for a very specific reason.

“For if Men are to be precluded from offering their Sentiments on a matter, which may involve the most serious and alarming consequences, that can invite the consideration of Mankind, reason is of no use to us,” George Washington wrote in an address to his officers in 1783, a handful of years before the U.S. Constitution was written. “The freedom of Speech may be taken away, and, dumb and silent we may be led, like sheep, to the Slaughter.”

Heed Washington’s words and remember: The true danger lies not in those who would seek to use words to persuade, but in those who seek to take from us our words.