Utopia is a Dangerous Ideal: We Should Aim for ‘Protopia’ 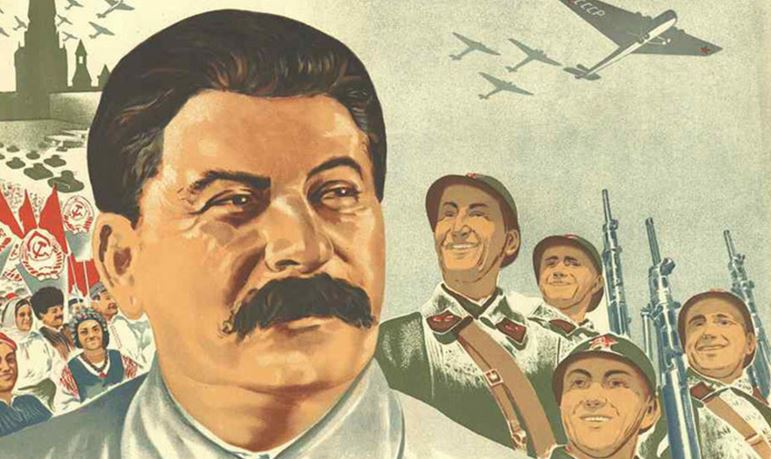 Utopias are idealised visions of a perfect society. Utopianisms are those ideas put into practice. This is where the trouble begins. Thomas More coined the neologism utopia for his 1516 work that launched the modern genre for a good reason. The word means ‘no place’ because when imperfect humans attempt perfectibility – personal, political, economic and social – they fail. Thus, the dark mirror of utopias are dystopias – failed social experiments, repressive political regimes, and overbearing economic systems that result from utopian dreams put into practice.

The belief that humans are perfectible leads, inevitably, to mistakes when ‘a perfect society’ is designed for an imperfect species. There is no best way to live because there is so much variation in how people want to live. Therefore, there is no best society, only multiple variations on a handful of themes as dictated by our nature.

For example, utopias are especially vulnerable when a social theory based on collective ownership, communal work, authoritarian rule and a command-and-control economy collides with our natural-born desire for autonomy, individual freedom and choice. Moreover, the natural differences in ability, interests and preferences within any group of people leads to inequalities of outcomes and imperfect living and working conditions that utopias committed to equality of outcome cannot tolerate. As one of the original citizens of Robert Owen’s 19th-century New Harmony community in Indiana explained it:

We had tried every conceivable form of organisation and government. We had a world in miniature. We had enacted the French revolution over again with despairing hearts instead of corpses as a result. … It appeared that it was nature’s own inherent law of diversity that had conquered us … our ‘united interests’ were directly at war with the individualities of persons and circumstances and the instinct of self-preservation.

Most of these 19th-century utopian experiments were relatively harmless because, without large numbers of members, they lacked political and economic power. But add those factors, and utopian dreamers can turn into dystopian murderers. People act on their beliefs, and if you believe that the only thing preventing you and/or your family, clan, tribe, race or religion from going to heaven (or achieving heaven on Earth) is someone else or some other group, then actions know no bounds. From homicide to genocide, the murder of others in the name of some religious or ideological belief accounts for the high body counts in history’s conflicts, from the Crusades, Inquisition, witch crazes and religious wars of centuries gone to the religious cults, world wars, pogroms and genocides of the past century.

We can see that calculus behind the utopian logic in the now famous ‘trolley problem’ in which most people say they would be willing to kill one person in order to save five. Here’s the set-up: you are standing next to a fork in a railroad line with a switch to divert a trolley car that is about to kill five workers on the track. If you pull the switch, it will divert the trolley down a side track where it will kill one worker. If you do nothing, the trolley kills the five. What would you do? Most people say that they would pull the switch. If even people in Western enlightened countries today agree that it is morally permissible to kill one person to save five, imagine how easy it is to convince people living in autocratic states with utopian aspirations to kill 1,000 to save 5,000, or to exterminate 1,000,000 so that 5,000,000 might prosper. What’s a few zeros when we’re talking about infinite happiness and eternal bliss?

The fatal flaw in utilitarian utopianism is found in another thought experiment: you are a healthy bystander in a hospital waiting room in which an ER physician has five patients dying from different conditions, all of which can be saved by sacrificing you and harvesting your organs. Would anyone want to live in a society in which they might be that innocent bystander? Of course not, which is why any doctor who attempted such an atrocity would be tried and convicted for murder.

Yet this is precisely what happened with the grand 20th-century experiments in utopian socialist ideologies as manifested in Marxist/Leninist/Stalinist Russia (1917-1989), Fascist Italy (1922-1943) and Nazi Germany (1933-1945), all large-scale attempts to achieve political, economic, social (and even racial) perfection, resulting in tens of millions of people murdered by their own states or killed in conflict with other states perceived to be blocking the road to paradise. The Marxist theorist and revolutionary Leon Trotsky expressed the utopian vision in a 1924 pamphlet:

The human species, the coagulated Homo sapiens, will once more enter into a state of radical transformation, and, in his own hands, will become an object of the most complicated methods of artificial selection and psychophysical training. … The average human type will rise to the heights of an Aristotle, a Goethe, or a Marx. And above this ridge new peaks will rise.

This unrealisable goal led to such bizarre experiments as those conducted by Ilya Ivanov, whom Stalin tasked in the 1920s with crossbreeding humans and apes in order to create ‘a new invincible human being’. When Ivanov failed to produce the man-ape hybrid, Stalin had him arrested, imprisoned, and exiled to Kazakhstan. As for Trotsky, once he gained power as one of the first seven members of the founding Soviet Politburo, he established concentration camps for those who refused to join in this grand utopian experiment, ultimately leading to the gulag archipelago that killed millions of Russian citizens who were also believed to be standing in the way of the imagined utopian paradise to come. When his own theory of Trotskyism opposed that of Stalinism, the dictator had Trotsky assassinated in Mexico in 1940. Sic semper tyrannis.

In the second half of the 20th century, revolutionary Marxism in Cambodia, North Korea and numerous states in South America and Africa led to murders, pogroms, genocides, ethnic cleansings, revolutions, civil wars and state-sponsored conflicts, all in the name of establishing a heaven on Earth that required the elimination of recalcitrant dissenters. All told, some 94 million people died at the hands of revolutionary Marxists and utopian communists in Russia, China, North Korea and other states, a staggering number compared with the 28 million killed by the fascists. When you have to murder people by the tens of millions to achieve your utopian dream, you have instantiated only a dystopian nightmare.

The utopian quest for perfect happiness was exposed as the flawed goal that it is by George Orwell in his 1940 review of Mein Kampf:

Hitler … has grasped the falsity of the hedonistic attitude to life. Nearly all western thought since the last war, certainly all ‘progressive’ thought, has assumed tacitly that human beings desire nothing beyond ease, security and avoidance of pain. … [Hitler] knows that human beings don’t only want comfort, safety, short working-hours, hygiene, birth-control and, in general, common sense; they also, at least intermittently, want struggle and self-sacrifice …

On the broader appeal of Fascism and Socialism, Orwell added:

Whereas Socialism, and even capitalism in a more grudging way, have said to people ‘I offer you a good time,’ Hitler has said to them ‘I offer you struggle, danger, and death,’ and as a result a whole nation flings itself at his feet. … we ought not to underrate its emotional appeal.

What, then, should replace the idea of utopia? One answer can be found in another neologism – protopia – incremental progress in steps toward improvement, not perfection. As the futurist Kevin Kelly describes his coinage:

Protopia is a state that is better today than yesterday, although it might be only a little better. Protopia is much much harder to visualise. Because a protopia contains as many new problems as new benefits, this complex interaction of working and broken is very hard to predict.

In my book The Moral Arc (2015), I showed how protopian progress best describes the monumental moral achievements of the past several centuries: the attenuation of war, the abolishment of slavery, the end of torture and the death penalty, universal suffrage, liberal democracy, civil rights and liberties, same-sex marriage and animal rights. These are all examples of protopian progress in the sense that they happened one small step at a time.

A protopian future is not only practical, it is realisable.

This essay is based on Heavens on Earth: The Scientific Search for the Afterlife, Immortality, and Utopia, published by the author in 2018.