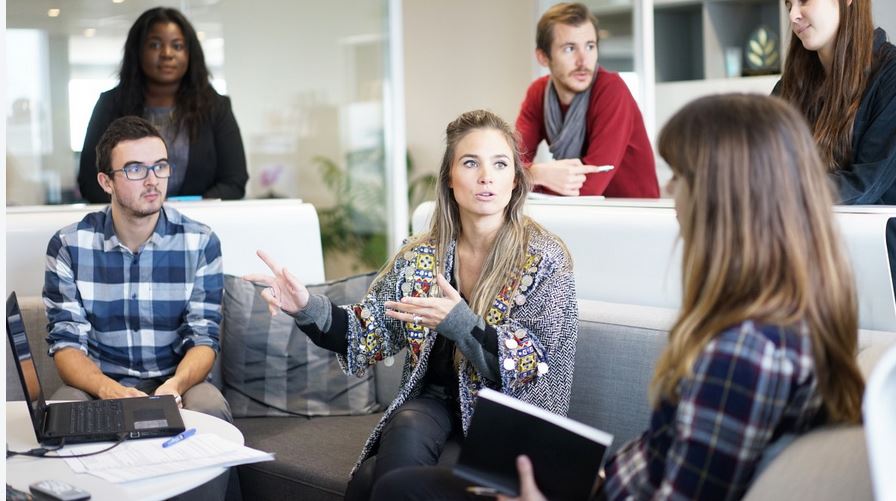 On occasion of International Women’s Day, millions of people marched on the streets of dozens of cities around the world to vindicate women’s rights and denounce gender-based violence and discrimination in all its forms. In Spain, demonstrations were accompanied by a general strike that, according to labor unions, was followed by 5.3 million women.

One core demand of protesters was to end with the so-called gender pay gap, which Harvard economist Claudia Goldin has defined as “the systematic differences in the outcomes that men and women achieve in the labor market,” and more specifically the systematic gap in earnings.

In principle, the fact that, in aggregate, women earn less than men (or vice versa) is not necessarily bad in terms of gender equality. The key is to determine the underlying reasons that lead to the existence of such differences. If it is caused by legal or de facto discrimination in the labor market, the principle of equality is clearly violated and, thus, government must provide a solution that puts an end to discriminatory practices. However, if this difference primarily is the result of choices made by women and men, government intervention can only distort the correct functioning of the labor market, leading to newly-created unjust situations.

The problem is that, on many occasions, the existence of a gross gender pay gap, understood as the aggregate difference in median earnings between women and men without considering other factors, is thought to result from labor-market discrimination.

For instance, in the manifesto released by the Spanish Federation of Feminist Associations calling a general strike on March 8, the organizers claim that, as women, they “do not accept to be subject to worse labor conditions or earn less than men for doing the same job.” If this were the case, the injustice would be blatant, and action should be taken. However, the evidence seems to suggest that, once we take a number of factors into consideration, it is incorrect to suggest that the gender gap is the result of generalized discrimination in the labor market.

Let us take a look at the evidence in the US.

In 2015, the gender earnings ratio, defined as the median annual earnings of women as a percentage of men’s median annual earnings, was 72.7%. In other words, women were paid $0.727 dollars per dollar earned by men, a 27.3% gap.  When we adjust this number on a per hour-basis (the above number includes both part-time and full-time workers), this gap goes down to 14.3%. Yet this measure only includes 5 out of 10 workers, so it might be biased. Two other measures seem to reflect the gender gap more accurately: median weekly earnings and median annual earnings of full-time workers. When we use these measures, the estimated gender pay gap is between 19.9% and 24.4%.

Once we have adjusted the earnings gap to include disparity in earnings between part-time and full-time workers, other factors need to be examined. Around one half of the gap can be accounted for by productivity differentials related to different occupations held women and men as well as the sectors in which they are employed. Men tend to occupy higher-paid positions in more productive sectors, which means that, on average, their wages are higher. This is linked to educational choices made by women and men after graduating from high school and the impact of maternity on women’s careers, as we will see next.

Labor-market experience is another variable that explains a substantial fraction of the gender gap. Maternity plays a decisive role in this respect. Women who become pregnant usually withdraw temporarily from the labor market to take care of their children. When they resume their careers, an experience gap has formed, with the subsequent negative impact on earnings. In addition, many of them will move from full-time to part-time jobs, deepening the earnings gap.

These two factors help explain much of the gender pay gap. The unexplained percentage (between 7-8%) is due to a variety of factors, some of which are observable (for instance, the nonlinear relationship of earnings in relation to hours in some occupations); and some cannot be observed because of measurement difficulties (e.g. gender discrimination).

Yet discrimination on grounds of gender does not seem to be a significant factor in determining the gender pay gap as suggested by the fact that, in certain situations, this gap does not only vanish but reverses: a 2010 study reveals that childless women under 30 living in large cities tend to earn more than their male counterparts.

Even though it seems obvious that individual cases of gender discrimination occur, the picture shown above rules out labor-market discrimination as a significant element in the formation and persistence of gender pay differentials.

As shown by Nobel Laurate Gary Becker, the market disincentives discriminatory attitudes for being anti-economic: when you place gender-based, racial or sexual-orientation prejudices over productivity considerations, the market ends up penalizing you by means of competition.

It should be noted that my account says nothing about the underlying factors influencing decisions made by women. For instance, the fact that it is overwhelmingly women who are adversely affected in their professional careers due to maternity reveals the existence of gender stereotypes deeply rooted in cultural and tradition-based sexism. Ending with these stereotypes via education and social awareness will do more to tackle gender inequality than trying to solve the non-existent problem of systemic discrimination in the labor market.