Social Psychology Suggests ‘March for Our Lives’ Is Unlikely to Change Anything. Here’s Why. 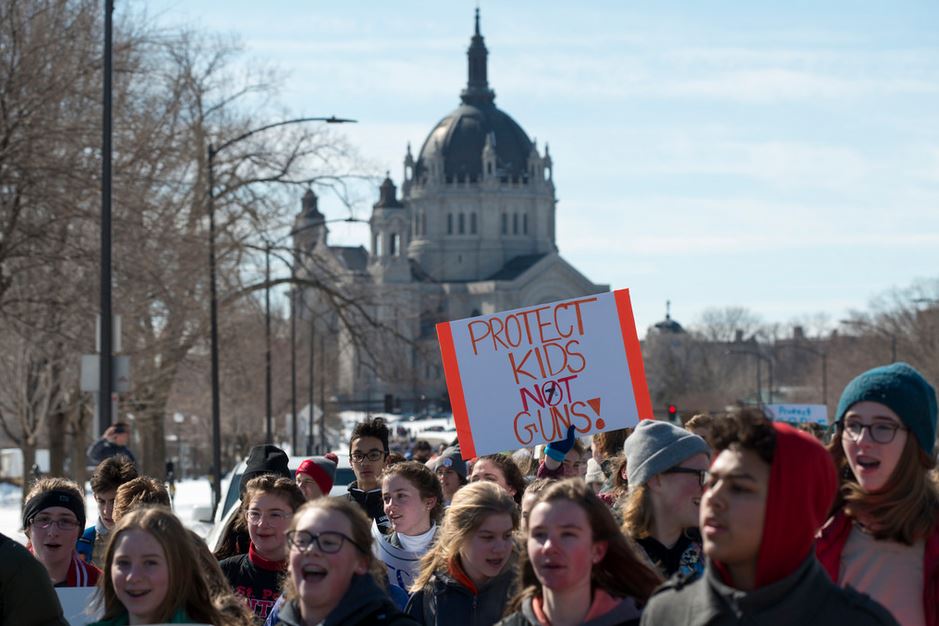 Like many recent political movements, March for Our Lives was marked with grandstanding, emotional appeals and the moral outrage that have come to define modern political protests. The mainstream media promises, however, that “this time, it’s different,” and this march for gun control (let’s be honest about its intentions) will change America and eventually end the gun debate.

Social psychology, on the other hand, tells us that movements like March for Our Lives are unlikely to change anything. This is because, despite their bold rhetoric, these movements operate entirely on what is called a high construal level, or being defined by features which all but guarantee that no matter how much outrage there may be, no concrete, workable solution will emerge.

Construal level theory (CLT) draws from several areas of psychological theory. A more in-depth review of its specific structures can be found here and here, but in essence, CLT states that how we respond to stimuli is a matter of distance vs. closeness.

Distance and closeness are not measures of importance; both close and distant phenomena can be very important to us. However, we process them very differently. When a stimulus is distant, meaning far from us temporally, spatially, socially, or hypothetically, we operate on what is called a high construal level. This means that we think about it abstractly, looking at the bigger picture and being more concerned with the “gist” rather than specific details.

When a stimulus is close, we interpret it on a low construal level. We think of it in concrete terms, looking at practical matters surrounding it, and considering its potential problems and issues. Both high and low construal level thinking are present throughout everyday life, but are especially applicable in politics.

Construal Levels in the March for Our Lives

Not all gun control advocates operate on a high construal level. Whatever we might say about the legality, ethics, or efficacy of their plans, many gun control advocates are practical and may even acknowledge flaws or problems in these plans that need to be addressed. However, this is not the sort of thinking that was exhibited at the March for Our Lives.

The rhetoric of the March for Our Lives is entirely abstract; its stated purpose is to end gun violence, but no viable solutions are given. Indeed, the underlying policy goals of the march depend on who you ask. Some say “no-one is coming for your guns,” while others demand gun confiscation. A common theme is a call for “common-sense gun control,” yet no-one ever bothers to define what that looks like. However, despite the high degree of abstraction, the speakers at these marches, especially those being upheld as the representatives of the upcoming Generation Z/the iGeneration, categorically promise that something will be done! Shooting survivor David Hogg, in between spewing profanity and accusing people and organizations of murder, went so far as to promise that “we are coming for you,” without ever defining who “we” are, who is being threatened by “you,” and what precisely “we” intend to do when we show up on “your” doorstep.

In addition, these rallies are marked by the sort of group polarization that accompanies high construal thought in the political arena. Individuals at these rallies demonized everyone they viewed as opposing their goal, from Marco Rubio to the NRA to (perhaps most bizarrely) fellow Parkland shooting survivor, Kyle Kashuv, who takes a much more pro-Second Amendment stance than some of his fellows. In the protestors’ eyes, to not take part in these marches is to oppose their idealized goal of stopping gun violence, even though literally no-one, on any side of the political spectrum, has come out in favor of gun violence. These features make it highly doubtful this movement will produce any sort of effective action. They are too concerned with poorly-defined, abstract ideals, and not concerned enough with producing anything even remotely resembling a concrete plan of action. It is more likely that this movement will produce half-developed plans which will fail to account for reality and, as with most decisions rationalized by high construal level thought, will just end up making things worse.

So Where to From Here?

In trying to address a movement defined by high construal level thinking, it’s tempting to “ascend to their level” (pardon the pun) and engage in a similar style of rhetoric. Many have tried to do this, whether by attacking the survivors of Parkland as “puppets” of some unknown entity, making grandiose gestures involving the phrase “molon labe,” or other such high construal level assertions. However, by operating at the high construal level, we leave ourselves unable to actively engage gun control activists like the March for Our Lives. High construal level thinkers are not willing to be engaged

To be effective, we must operate on the low construal level. We must acknowledge that we share the goal of ending gun violence, but we do not support the methods (if any are even suggested) of groups like March for Our Lives because they will not work. Our arguments must be grounded and detail oriented, focusing on the nitty-gritty issues. We must be able to elaborate the numerous problems of gun confiscation, we must present counterfactuals to grandiose claims about gun violence, and we must highlight the holes in their knowledge (no, “AR” doesn’t stand for “assault rifle” and no, the military doesn’t use them). Most importantly, we need to present concrete, detail-oriented solutions of our own.

Engaging gun control advocates on the lower construal level will not be a cure-all, especially in the face of such powerful, naive idealism and the high degree of polarization surrounding this topic. No matter what we do, the March for Our Lives is unlikely to end gun violence, but will instead become more polarized, insular, and, ultimately, more of an echo-chamber. However, by operating on a low construal level, gun rights activists can create an organized plan of action, understand the dangers that their pattern of thinking poses for decision making, and do their best to ameliorate these dangers before even more ineffective, emotionally-driven legislation becomes a disastrous reality.

Aaron Pomerantz is a social psychology graduate student at the University of Oklahoma. His interests, research and otherwise, include religion, sexuality, the effects of various media forms, and the influence of culture on human behavior.