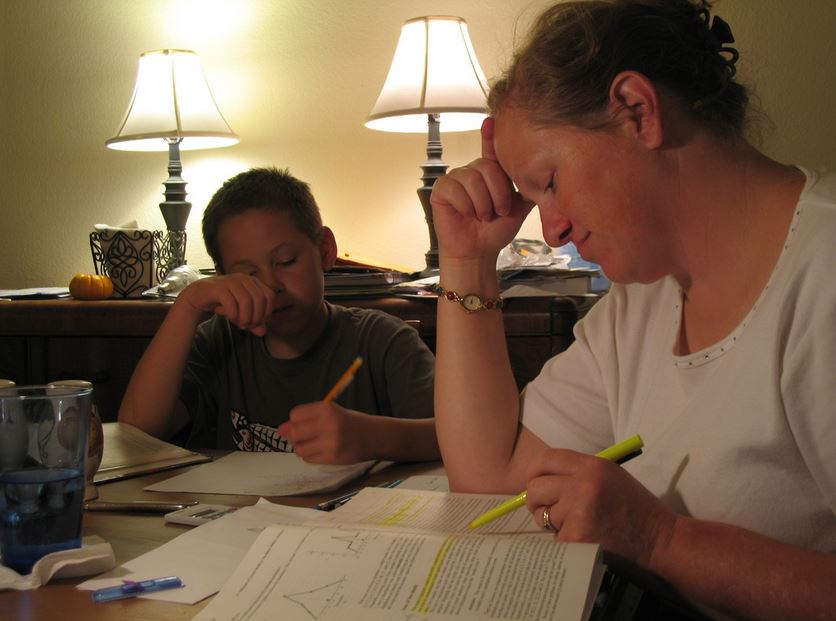 Parent or not, most adults have probably helped a child with his schoolwork at some point or another. The process can be rewarding, but also very frustrating, particularly when you as the adult can see the answer as plain as the nose on your face, but the child finds the subject clear as mud.

At this point, it can be quite tempting for parents who want to see their child succeed in everything to interfere and do the work for the child. But as one teacher explained recently in The Telegraph, such a “merciful” intervention is anything but:

“Parents can be a fantastic help, but not if they feed their children all the answers. Guide them, by all means; just don’t do it for them.

They may have the purest of motives: they want the very best for their children – who doesn’t? It’s human nature to want to save your kids from failure, and as teachers we too agonise over how much support is the right amount. But when parents offer too much hand-holding, they are doing their children a great disservice. In depriving them of agency, they are denying them independence and often, without meaning to, knocking their confidence.”

Looked at another way, those adults who are willing to be perceived as the “mean,” unyielding parent may fight an uphill battle… but they will also reap a more capable and understanding child in the process.

I know, because I am living proof of this. Once upon a memorable day in my later grade school years, I was given an English assignment. This assignment asked me to write clear, step-by-step instructions with which to teach an individual how to do the simple task of making a bed. I whipped off the assignment without thinking much about it.

And then my mother read my work.

Realizing that her verbal critique wouldn’t help me see what terrible instructions I’d written, nor would her own rewriting of them do me any good, she took me up to my bedroom and told me she was going to follow my instructions to make the bed.

What followed caused me to dissolve both in tears and laughter… particularly when my unclear written instructions led her to drag the blankets down the stairs. It was a tough lesson, but her point was taken.

But my mother is not the only adult to ever give a child a hard, inconvenient lesson instead of sugar-coating the truth and coddling the student. Satirist James Thurber once did the same.

As a famous author, Thurber appears to have been besieged with requests by schoolchildren for his picture, or at the least, a letter they could use in a school project and share with their fellow classmates. Much to Thurber’s chagrin, these letters were often marked by poor spelling and grammar. Thurber finally decided to reply to one of these letters in 1958, using the occasion to give young Robert Leifert a stern English lesson which he likely never forgot:

“One of the things that discourage us writers is the fact that 90 per cent of you children write wholly, or partly, illiterate letters, carelessly typed. You yourself write ‘clarr’ for “class” and that’s a honey, Robert, since s is next to a, and r is on the line above. Most schoolchildren in America would do a dedication like the following (please find the mistakes in it and write to me about them):

To Miss Effa G Burns
Without who’s help
this book could never
of been finished it,
is dedicated with
gartitude by it’s
arthur.”

Being a satirist, Thurber likely wrote some of this tongue-in-cheek. At the same time, he spoke the hard truth, a fact which was likely a bit stinging to young Robert. But unless I miss my guess, Robert, like myself, learned more from this stinging lesson than he ever would have from a parent – or teacher – who only wanted to make the road to success smooth and easy.

Would today’s students benefit with the same handling? Do we need to realize that giving children the kid-glove treatment in everything from schoolwork to chores to extra-curricular activities will cause them to believe they are a heaven-sent gift to earth, and as such, will become painful to live and work with as adults?