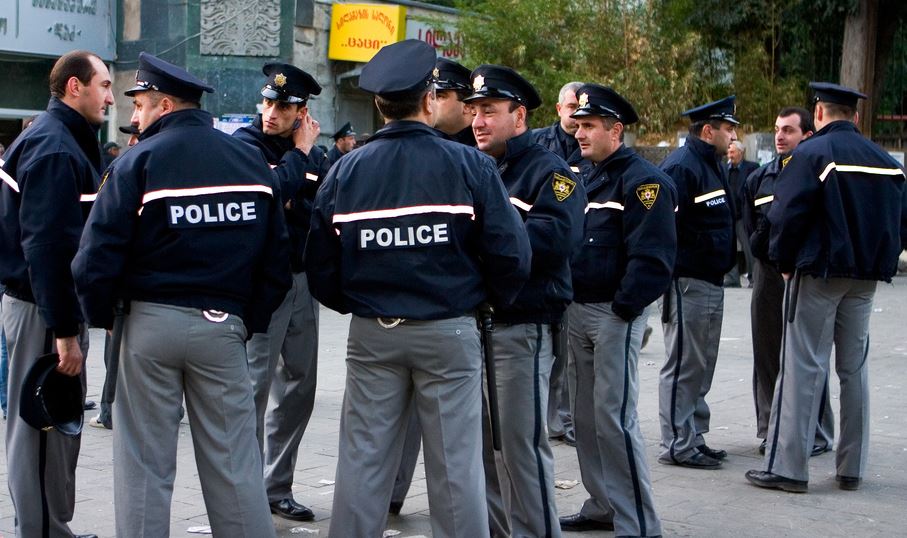 In the wake of the Florida school shooting earlier this month, Broward County police deputies are being accused of hiding outside the school while students were being murdered inside.

Moreover, both the Sheriff’s department and the FBI are being accused of failing to follow up on clear and repeated threats made by the school shooter against others. The FBI already admits it failed to follow its own protocol when it failed to pass on key information to the Miami field office.

The details in this specific case have yet to be analyzed and investigated. But, even if it is shown that both the Sheriff’s Office and the FBI were incompetent or indifferent in taking action against the perpetrator, it will still remain exceedingly unlikely that any specific government agents or agencies will be held accountable in any meaningful way. If there are legal settlements, the taxpayers will be on the hook for it, not the people responsible.

Moreover, if history is any guide, both agencies will use any demonstrated incompetence to argue for larger budgets and more privileges for their agencies.

Police Are Not Here to Protect You

Further complicating the situation is the fact that the US Supreme Court has made it clear that law enforcement agencies are not required to provide protection to the citizens who are forced to pay the police for their “services.”

In the cases DeShaney vs. Winnebago and Town of Castle Rock vs. Gonzales, the supreme court has ruled that police agencies are not obligated to provide protection of citizens. In other words, police are well within their rights to pick and choose when to intervene to protect the lives and property of others — even when a threat is apparent.

In both of these court cases, clear and repeated threats were made against the safety of children — but government agencies chose to take no action.

A consideration of these facts does not necessarily lead us to the conclusion that law enforcement agencies are somehow on the hook for every violent act committed by private citizens.

This reality does belie the often-made claim, however, that police agencies deserve the tax money and obedience of local citizens because the agencies “keep us safe.”

Nevertheless, we are told there is an agreement here — a “social contract” — between government agencies and the taxpayers and citizens.

And, by the very nature of being a contract, we are meant to believe this is a two-way street. The taxpayers are required to submit to a government monopoly on force, and to pay these agencies taxes. In return, these government agents will provide services. In the case of police agencies, these services are summed up by the phrase “to protect and serve” — a motto that has in recent decades been adopted by numerous police agencies.

The answer is: very little.

The taxpayers will still have to pay their taxes and submit to police agencies as lawful authority. If the agencies or individual agents are forced to pay as a result of lawsuits, it’s the taxpayers who will pay for that too.

Oh sure, the senior leadership positions may change, but the enormous agency budgets will remain, the government agents themselves will continue to collect generous salaries and pensions, and no government will surrender its monopoly on the use of force.

A Long History of Lackluster Action

Now, if it is found to be true that the Broward County deputies protected themselves while people nearby were being killed — it certainly wouldn’t be the first time.

At the Columbine massacre in 1999, the shooters roamed the school for nearly 50 minutes. Police waited outside for a SWAT team to arrive, in order to minimize the risk to police. With the Jefferson County Sheriff’s office at Columbine “to serve and protect” was nothing more than a public relations gimmick.

Since then, at least in theory, the strategy has changed.

This is in part why the alleged hesitation on the part of the Broward County deputies is so troubling to observers. Police are no longer supposed to wait around for assistance. They’re supposed to engage the shooters immediately.

It is unclear if this strategy is being applied anywhere other than schools.

After all, as the Las Vegas shooting unfolded, police waited 75 minutes to confront the gunman — again, in order to minimize the threat to police. As far as the police knew however, during this period the gunman was still alive and had the ability to resume shooting into the city below.

Nor is this lack of alacrity displayed only during shootings.

As was reported during the Ferguson, Missouri Riots in 2014, private property owners could only rely on private security and the volunteer “Oath Keepers.” The police, meanwhile, were concentrating on protecting government building, while leaving the private sector mostly on its own.

Moreover, when it became clear that the Oath Keepers were stepping in to fill the gaps left by police, the police took time out from their busy schedules to threaten the volunteers with arrest.

And then, of course, there is the example of the FBI’s being asleep at the switch in the lead up to the 9/11 attacks in 2001. After being paid countless billions, year after year, to provide “protection” the FBI’s greatest failure resulted not in any meaningful accountability – but in a budget increase for the agency.

Through it all, though, we’re repeatedly told that government police agencies provide safety in exchange for all that generous tax revenue these agencies receive.

And “generous” is the right word.

Scot Peterson, the deputy who retired after being shown to wait outside during the school attack, was collecting more than $101,000 per year as a deputy. That’s double the median income of $50,446 in Broward County. Now, having retired, he will collect a generous pension — possibly for many decades.

Police personnel like to portray themselves as beleaguered members of the working class, but in reality, they ware well paid government employees, compensated for work that is less dangerous than the work done by janitors, roofers, and truckers.

The pension benefits are especially generous, which is why, according to an analysis by Rich Karlgaard at Forbes, police officers are among “America’s fastest-growing class of millionaires.” Karlgaard notes that these government employees, including “police officers, firefighters, teachers and federal bureaucrats … will be paid something near their full salaries every year–until death–after retiring in their mid-50s. That is equivalent to a retirement sum worth millions of dollars.”

Year after year, taxpayers are expected to supply government agents and government workers with this generous compensation, while all the time also thanking them for their “service.”

As the experience of multiple cases of public shootings and unrest suggest however, it’s unclear what exactly these services are, and whether or not the taxpayer has any recourse when the government fails to provide them.

A “Contract” That Isn’t

After all, if the federal courts have made it clear that government police agencies are under no obligation to provide services, it’s simply not proper to portray the government as an entity that provides services in return for tax revenues.

But note the lack of symmetry in any assumed contract at work here.

The obligations for the taxpayers are extremely specific. Each taxpayer is on the hook to pay very specific amounts laid out in tax law. Penalties are imposed when the taxpayer doesn’t keep up his end of the so-called bargain.

The other side of the equation, however, is extremely vague. The services expected from law enforcement are subject to the discretion of government agents who decide what laws are enforced, and where, and when. The sheer volume of laws on the books allow police to pick and choose, since, of course, the expenditures of police resources must be prioritized according to the wants of some person or group of people. Those who set the priorities, however, are not the taxpayers.

Ultimately, police agencies may expend months of effort and immense amounts of money to catch petty drug offenders while violent crisis situations receive less attention. Should the taxpayers feel they’re not getting their money’s worth, there’s little they can do about it. They certainly can’t void this “social contract” we hear so much about. The obligations on the taxpayers are assumed to exist in perpetuity. The other side of the contract? Well, that’s for the courts to decide. And, not surprisingly, they have ruled in the government’s favor.

Ryan McMaken (@ryanmcmaken) is the editor of Mises Wire and The Austrian. Send him your article submissions, but read article guidelines first. Ryan has degrees in economics and political science from the University of Colorado, and was the economist for the Colorado Division of Housing from 2009 to 2014. He is the author of Commie Cowboys: The Bourgeoisie and the Nation-State in the Western Genre.