Is Sweden Socialist? No, but … 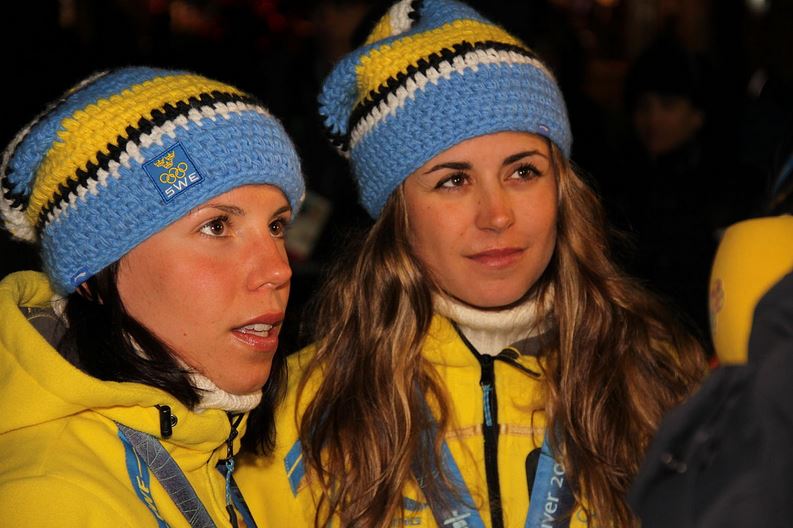 The myth that Sweden is a utopian paradise where all the social problems have been solved and that you can have high growth with high taxes has been touted by Bernie Sanders as well as the many Millennials that follow him.

The glory days for Sweden economically took place prior to the 1960s, when they had a free economy, low regulation and lots of wealth. Between 1870 and 1950, Sweden had the highest per capita income growth in the world and became one of the richest countries, behind only Switzerland, the U.S., and Denmark.

In the 1960s, Sweden started to redistribute wealth, which brought wealth creation to a halt. By the mid 1990s, the country had growing economic problems because it continued to redistribute wealth it wasn’t creating. It was at this juncture that many of the wealthy (ABBA band members included) and entrepreneurs were leaving Sweden. In 1994, Sweden began implementing the following measures designed to reverse this trend:

Sweden has continued on this path for the last 24 years, which has brought them a modest rate of growth, but not nearly as robust as pre-60s levels due to government taxation remaining high.

Many view Sweden as socialist. However, the country is in fact very pro capitalism, but does it with redistribution through taxes. Personal income is taxed at a rate of 61.85 percent, plus a 7 percent social security tax rate for employees. On top of these taxes, Sweden also has a 25 percent consumption tax. For these sacrifices of financial freedom, this is what Sweden offers their citizens in benefits:

Naturally, nearly everyone takes full advantage of these benefits. Johan Norberg, an author and historian, states that while Sweden is one of the healthiest countries, it also has one of the highest rates of sick leave in Europe, no doubt in large part because Swedes receive 80 percent of their salary while they stay home.

Where do the healthcare technologies and medicines come from?  Nearly all of it is invented and implemented in America in a competitive health care market.

Norberg offers caution, however, to those who would implement of “free” healthcare system similar to Sweden’s single-payer program.

In Sweden, the government tries to price healthcare at near zero, so demand is unlimited. However, resources are limited, resulting in rationed healthcare. Long waiting lines are the norm. Stories abound of people with an illness such as brain cancer being told they will need to wait for treatment until they have equipment and doctors ready for them.

Like Canadians, many will go to other countries to get timely treatment. Economist Andreas Bergh explains that Swedes are healthy not because of the healthcare system but because they eat healthy foods and are physically active.

One aspect to taxes in Sweden that is not well known is that while taxes are high on labor, they are relatively low for corporations (22 percent) and capital. Keeping taxes low keeps corporations and capital from going to other countries. The 1994 changes in government deregulated everything from taxi, air service, railroads, electricity, telecom and school choice.

The open-competition school choice model in Sweden would trigger U.S. teacher unions into a froth. Parents and pupils decide what school they want to attend and they are all paid for by taxes. Corporations, towns, charities, religions, most anyone and anything can start a school, but it’s up to parents and pupils if they want to attend. The more people that choose a particular school determines if that school will get more government funding.

The fiscal side of Sweden has become increasingly pro free market, ranking 15th globally while the US ranks 18th.  These capitalist features have helped sustain Sweden’s standard of living, but dark clouds are on the horizon. The nation has an ageing workforce coupled with a slowing birthrate (1.67 per female, well below the 2.1 needed for a population to maintain its population). Decades without significant construction in cities has resulted in skyrocketing housing prices, while high wages leave many unskilled workers, both Swedish and foreign-born, on the fringes of the labor market.

These fiscal challenges have been exacerbated by immigration.

Nearly one-fifth of its population (10.1 million) is comprised of foreign born residents (1.7 million), many of whom qualify for free housing and monthly cash benefits. The primary issue with this new crop of immigrants is few have marketable skills or connections to enter Sweden’s rigid labor market.

Yaron Brooks of the Cato Institute remarks that debating the social benefits Sweden offers versus the social welfare and entitlement programs in the U.S. are moot because both models are unsustainable and headed for Ponzi-scheme-like outcomes unless there is significant government spending intervention. Like the U.S., Sweden is experiencing mediocre mixed economies of low economic growth and little progress compared to pre-1960s levels.

For Bernie Sanders and his Millennial followers, a question to be asked is, “Do you want to mature and have personal responsibility to manage your own life or give up financial freedoms and be taken care of as was depicted in Obama’s ‘Life of Julia’?” The narrative was a slide show that followed Julia, a single mother cartoon character from age 3 to age 67 that explained how Obama’s policies, from Head Start to Obamacare to mandated contraception coverage to Medicare reform, would provide Julia with a better life.

American values have historically been about self- reliance, personal responsibility, and liberty. But society is changing, and the nuclear family structure that once allowed individuals to rise and thrive is giving way.

If this trend continues, Americans may soon find themselves in a system like Julia’s, one in which the government take care of them—from birth to grave.