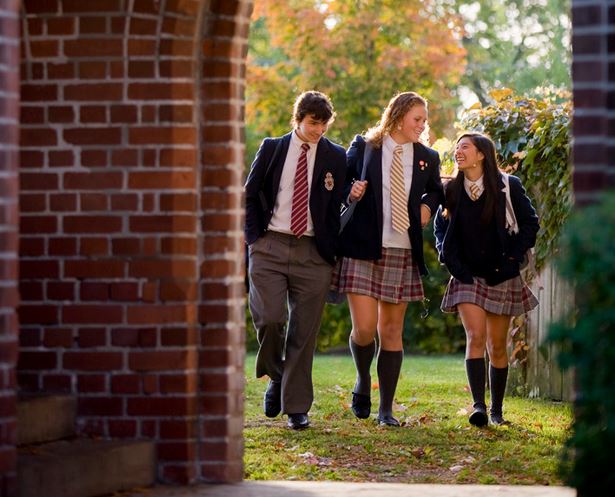 Late last week, an article in the U.K. Telegraph caught my eye. It reported on a new study which found that selective grammar schools – akin to what the U.S. might refer to as college-prep schools – aren’t necessarily the key to producing smart kids.

The thing that does produce smart, academically successful kids is simple: genetics.

Ouch. That’s something one would hesitate to say in polite company, let alone in a major news publication. After all, we’ve long been told that people are the product of their environment. If people are just given a chance to go to college, or earn a living wage, we’ll finally achieve a perfectly equal society. That individuals are created equal is an idea enshrined in America’s Founding Document. So suggesting that people have different talents and abilities from the very beginning of their lives is anathema to our sensibilities.

This attitude, C.S. Lewis declared, prevails in a democracy. Oft quoted is his passage in Screwtape Proposes a Toast in which the demon Screwtape introduces the phrase “I’m as good as you.” This phrase, Screwtape explains, is the mantra which levels the playing field by promoting the dunces and taking the smart ones down a peg.

But what we often fail to study is the reason why Screwtape loved the idea of “I’m as good as you” so much. At its simplest, it allows democracy – a governmental system which isn’t the best, but is more dangerous to the demons than other forms of government – to eventually undermine itself:

“For ‘democracy’ or the ‘democratic spirit’ (diabolical sense) leads to a nation without great men, a nation mainly of subliterates, morally flaccid from lack of discipline in youth, full of the cocksureness which flattery breeds on ignorance, and soft from lifelong pampering. And that is what Hell wishes every democratic people to be. For when such a nation meets in conflict a nation where children have been made to work at school, where talent is placed in high posts, and where the ignorant mass are allowed no say at all in public affairs, only one result is possible.”

But as Screwtape goes on to explain, this undermining of democratic government leads to something far greater and more devastating, namely, the undermining and destruction of the individual soul:

“It is our function to encourage the behavior, the manners, the whole attitude of mind, which democracies naturally like and enjoy, because these are the very things which, if unchecked, will destroy democracy. You would almost wonder that even humans don’t see it themselves. …

But I would not end on that note. I would not – Hell forbid! – encourage in your own minds that delusion which you must carefully foster in the minds of your human victims. I mean the delusion that the fate of nations is in itself more important than that of individual souls. The overthrow of free peoples and the multiplication of slave-states are for us a means (besides, of course, being fun); but the real end is the destruction of individuals. For only individuals can be saved or damned, can become sons of the Enemy or food for us. … I’m as good as you is a useful means for the destruction of democratic societies. But it has a far deeper value as an end in itself, as a state of mind, which necessarily excluding humility, charity, contentment, and all the pleasures of gratitude or admiration, turns a human being away from almost every road which might finally lead him to Heaven.”

The attempts to make everyone equal in the sense that there is no difference in talents and abilities is often done as a mode of pseudo-kindness. We don’t want to hurt anyone’s feelings, so we don’t speak the truth.

But in the long run, does such a tactic do more harm than good? Are we falling right into the hands of modern Screwtapes when we adopt the mindset that we can all be equal in talent and ability regardless of our internal make-up?