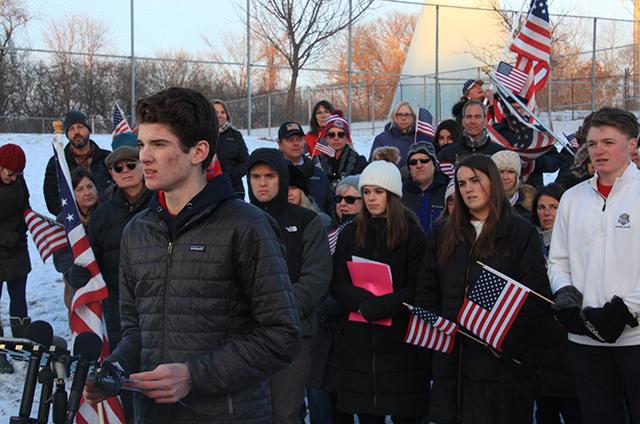 A school board in Minnesota settled a federal lawsuit filed last week that had accused the district of violating the First Amendment rights of conservative students.

Edina High School, which has long enjoyed a reputation as one of the Minnesota’s best schools, came under scrutiny last year after it was revealed the school had implemented an ideologically-driven curriculum (first reported by Intellectual Takeout here and here).

The controversy reached a crescendo last fall when a group of conservative students sued the school district after claiming their organization, the Young Conservative Club, was terminated after club members took to social media to criticize a student-led protest of the U.S. flag and the National Anthem. (The district denies terminating the club.)

Erick Kaardal, an attorney representing the students, had called the school’s action “a clear case of discrimination against students with conservative beliefs by a school whose policies have been documented as promoting an extreme ideological agenda.”

According to attorneys representing the students, Edina High School agreed to the following:

“The result of the settlement for the students is First Amendment freedom—something they did not have before the settlement,” Kaardal said. “Now and forevermore, the Young Conservatives Club will be able to criticize Edina Public Schools’ ideology in a First Amendment-protected way.”

Though the district agreed to tweak its free speech policies, officials denied wrongdoing and pointed out no monetary damages or fees were paid.

Officials also said the absence of U.S. flags in many classrooms was the result a two-year construction project, during which flags were removed so they would not be damaged.