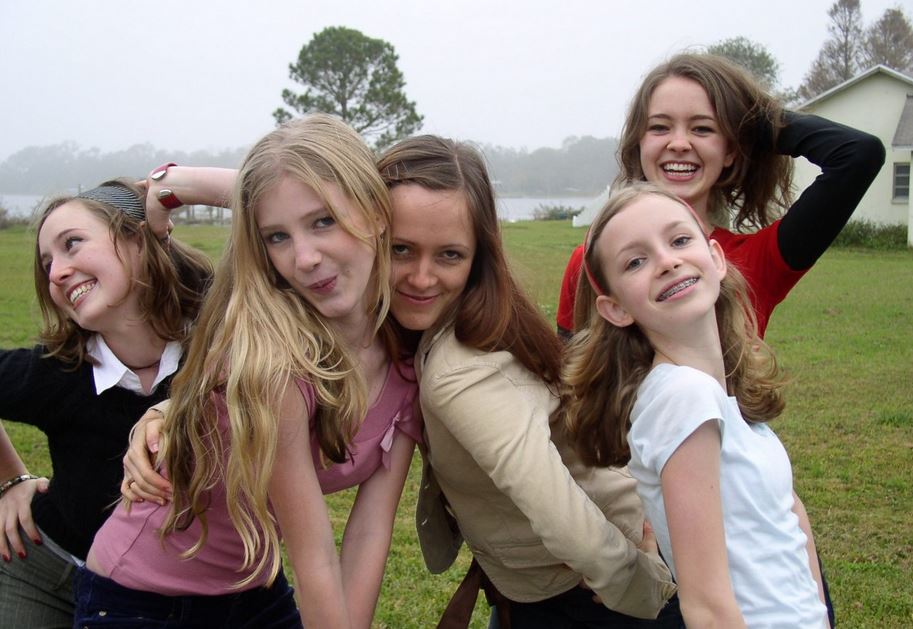 The Girls in Science and Engineering (GISE) summer camp at the University of Michigan (UM) was created as an “exciting one-week, day program for girls who have completed the 7th or 8th grade,” as the top part of the graphic above explains. The annual program’s main sponsor is the University of Michigan’s Women in Science and Engineering (WISE) Program, whose goal is “to increase the number of girls and women pursuing degrees and careers in science, technology, engineering, and mathematics while fostering their future success.”

Although the GISE girls-only, no-boys-allowed program description at the top of the graphic is still active at this UM website, the new eligibility requirements that were revised recently are reflected in the bottom part of the graphic above and appear at this WISE website. The program now invites 7th and 8th-grade students of all genders to apply, and the former use of the word “girls” has been replaced in the program description with either “students” or “campers.” So apparently either for legal compliance with federal and state civil rights laws and/or compliance with UM’s own policy of nondiscrimination, the university has stopped its past practices of illegally discriminating and granting preferential treatment on the basis of sex.

Similarly, in response to a complaint I filed with UM’s Title IX office last year, the previously girls-only, no-boys-allowed summer program at UM’s Flint campus — Girls in Engineering, Math and Science (GEMS) — was revised and now invites “middle school students from any sex/gender to participate.”

So perhaps the strategy goes something like this: A public university receiving taxpayer funding creates girls-only, no-boys-allowed summer science, engineering and math programs to promote “inclusion” but are actually exclusionary and illegal according to state and federal civil rights laws and violate a university’s own policies of non-discrimination. Then when the exclusion, discrimination, and preferential treatment are brought to its attention, the public university changes its application guidelines to stop its illegal gender discrimination. But there’s a little problem that will prevent those programs from ever being truly inclusionary, and will probably ensure that they are likely to operate indefinitely as girls only, boys-not-really-welcome summer camps. And that little problem is that the names of the allegedly gender-inclusive programs still contain a very powerful and exclusionary word – GIRLS.

I expressed that concern in a recent email to UM’s Title IX coordinator:

A concern I have is that although programs like GISE (Girls in Science and Engineering) and GEMS (Girls in Engineering, Math and Science) have now changed their eligibility requirements to include students of all genders, the names of those programs still reflect the past exclusionary, discriminatory eligibility requirements. In that case, would those programs really be welcoming to students of all genders, including boys, transgender, transsexual and gender non-conforming students when the first word of the programs are GIRLS? I realize that those programs established their program names in the past when it was either legal or ethically acceptable to discriminate based on gender, but now that those exclusionary practices are either illegal or no longer acceptable, it seems like the program names should be revised and updated to reflect today’s standards of gender non-discrimination at UM. Unless the names are changed to be welcoming to students of all genders (e.g., Students in Science and Engineering and Students in Engineering, Math and Science), it seems likely that the programs will continue as girls-only programs in practice.

But perhaps I am expecting too much, or am underestimating the willingness of middle school boys to apply for programs that previously excluded them, and now still appear to be primarily targeted for girls based on the name of the program. In any case, I am grateful that those two programs have been brought into legal compliance and compliance with UM’s own policy of non-discrimination by gender.

So far no response to my email…..

Q: Am I being too cynical, or am I justified to suspect that the GISE and GEMS summer camps at UM will likely continue to operate in practice as girls-only, boys-not-really-welcome programs as long as the programs preserve their original names? For example, suppose a university-sponsored program had previously illegally discriminated against and excluded students based on race, color, national origin, or religion. Then in response to complaints and to ensure legal compliance, the university later opens the program to all students without changing the name of the original, exclusionary and discriminatory program that clearly identified which students were previously included and eligible and which ones were excluded and not eligible. Would the students who had previously been excluded based on race, color, national origin or religion suddenly feel all warm and welcome if the program retained its original name that clearly featured the past history of discrimination prominently in the first word of the title?

This article has been republished with permission from Carpe Diem.