Why Bitcoin Will Never Become a World Currency 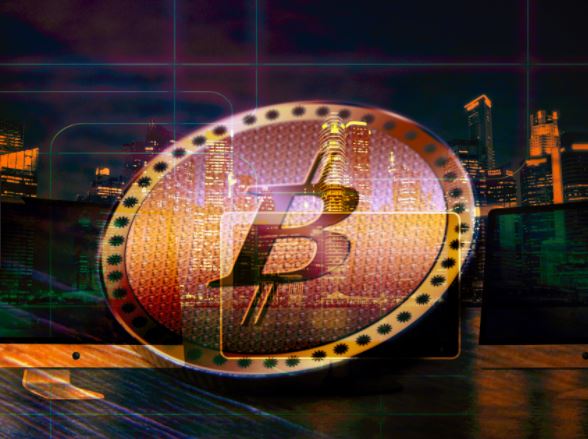 One doesn’t need to hold a PhD in Economics to realize that money plays a vital part in the correct functioning of an economy. By means of an excellent analogy, the American economist Steve Horwitz likens money to blood circulating through the body: any disease affecting the red river of life will likely impact the body as a whole.

Therefore, it seems essential that an economy rest upon a robust and reliable monetary system that provides economic agents with stability. Yet the dubious record of central banks in recent decades has called into question their capacity to undertake such an important task in the context of market economies.

In view of this situation, a decade ago tech-savvies created bitcoin, a decentralized digital currency that allows for peer-to-peer transactions. Since then, dozens of cryptocurrencies have been issued, threatening to revolutionize the monetary ecosystem as we know it.

The ultimate goal of bitcoin (or better said, the goal of its enthusiasts) is to become the new dollar: a world currency used by millions of people and businesses to carry out their daily transactions anonymously and without intermediaries. Unfortunately for bitcoin apologists, this will never happen.

The reason why bitcoin will never fulfill the yearnings of bitcoin supporters is, paradoxically, one of the factors that has helped bitcoin become a highly-demanded asset: its limited and inflexible supply.

It is a well-known fact that the supply of bitcoin was pre-programmed to grow at a fixed rate until the system reaches a predetermined limit. A priori, this seems a positive feature. Unlike central-bank fiat money, bitcoin is shielded against arbitrary money-supply manipulations that usually result in inflationary pressures. However, an inflexible money supply also represents an insurmountable obstacle for bitcoin to become a widely-use medium of exchange and a reliable store of value, the two most important functions of money.

The fact that bitcoin’s monetary base is fixed implies that its relative price will be fully determined by changes in its demand, producing far more volatility than what is expected of a useful medium of exchange.

This in part explains why bitcoin has become a risky, speculative asset: its inherent instability makes it bad money, but an excellent way of obtaining quick capital gains. Put differently, a large fraction of bitcoin investors doesn’t invest in bitcoin for transaction but for speculative motives (although it is true a part of its demand can be accounted for by those employing bitcoin as a medium of exchange in black markets).

In addition, a monetary regime based on a bitcoin would bring about harmful consequences for macroeconomic stability.

In a 2014 article, long before bitcoin reached the level of popularity it enjoys today , George Selgin, Director of the Cato Institute’s Center for Monetary and Financial Alternatives, pointed out that the inability of bitcoin to adjust its monetary base to downward changes in velocity could lead to undesirable deflationary pressures (that is, bad deflation as opposed to good or supply-side deflation), which in turn would cause unstable NGDP growth and thus, macroeconomic imbalances.

Does this mean that we should dismiss the idea of synthetic commodity monies (an expression coined by Selgin to refer to cryptocurrencies)? Not at all.

What if a cryptocurrency could accommodate its supply to preserve purchasing power, thereby preventing both inflationary and deflationary spirals? This is exactly the idea behind basecoin. The protocol of this new digital currency can automatically adjust its money supply to maintain the peg with another currency or price index, keeping its value constant.

Even though basecoin seems a right step in the arduous path towards a stable monetary regime, it also has some drawbacks. Its objective of price stability isn’t very different from the current monetary regime in the U.S. or the Eurozone, which has proved to suffer from serious flaws.

In addition, it is at odds with Selgin’s productivity norm: the common-sense belief that prices should be allowed to move with changes in total factor productivity. In other words, the goal of price stability prevents prices from reflecting increases (also decreases) in productivity, which is a desirable outcome in a growing economy.

It seems unquestionable that cryptocurrencies are bound to play a critical role in coming years. Yet the inherent nature of bitcoin could condemn it to irrelevance, at least as a widely-accepted medium of exchange and a trustful store of value.

Because cryptocurrencies like basecoin conform better to the needs of money demanders, it is not unreasonable to think that  the future of digital money will be linked to the issuance of currencies with adjustable money supplies, an idea that Milton Friedman would have certainly approved.