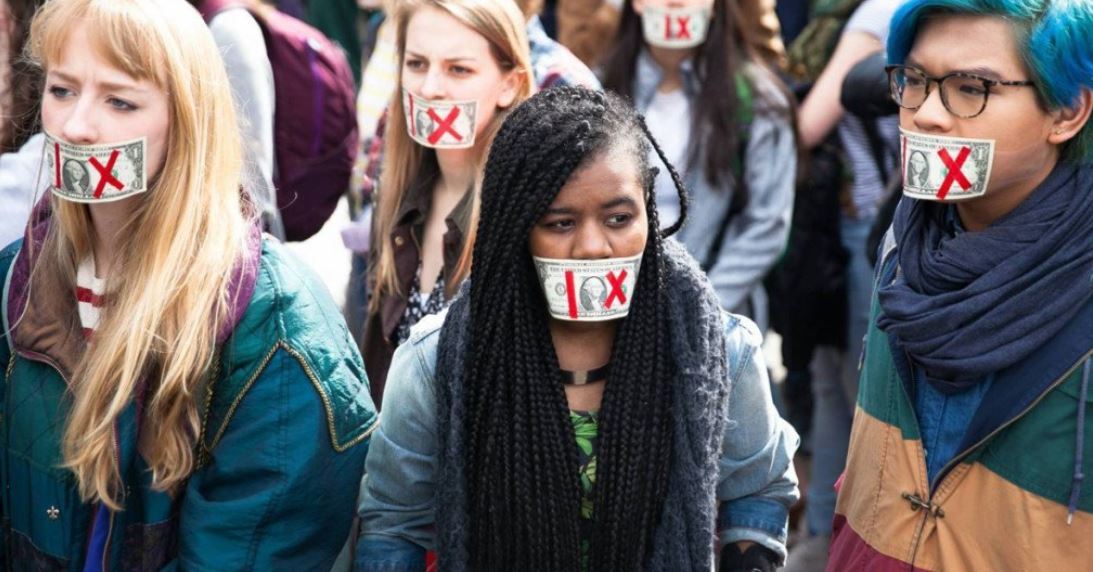 Fallacies abound in Marxist theory, of course, but one of the commonly pointed-out fallacies of the class theory is that the so-called “working class” is impossible to cleanly define. After all, white-collar workers that comprise modern-day middle-class employees seem to have characteristics of both classes, as described by Marx. But this critique, though valid, misses the bigger point of Marxian theory and how it played out in the real world during the twentieth century.

While critics point out the impossibility of clearly defining the two classes, they overlook the very simple method of defining and distinguishing between the proletariat and the bourgeoisie that Vladimir Lenin recognized. Because Marx’s theory deterministically dictated that each class would display its respective “consciousness” – as opposed to simply asserting that they should or might — this absolutist assertion gives a very clear, if circular, means of determining which citizens fall into which class. Thus, Lenin decided simply, and in accordance with Marxist doctrine, that any Russian citizen who agreed with his revolutionary ideals, regardless of station, was a member of the proletariat, and anybody who opposed his revolution was, by default, an enemy bourgeoisie (with all the violent implications included).

This is circular reasoning, of course, but it is consistent with doctrinaire Marxism because if Marx’s class theory is dogmatically interpreted, such logical circularity is valid. This point is worth underscoring because of the swarms of modern defenders of Marx who deny that Lenin was a “true” Marxist.

Regardless, this was the interpretation of Marx’s theories that Lenin adopted and applied prior to the October revolution in 1917, and it had tyrannical implications for how the Soviet Union would be born. As the eminent Soviet historian Martin Malia points out in his great work The Soviet Tragedy:

There existed basically only two classes with two worldviews in society [according to Marxism-Leninism], the proletariat and the bourgeoisie; if any political actor, whatever his de facto class, did not have a scientific revolutionary consciousness, he was automatically a burzhui [the Russian colloquial for “bourgeoisie”] and an enemy. The Leninist Part thus represented a metaphysical, not an empirical, proletariat, and this primacy of ideological “consciousness” over real life was Lenin’s understanding of the class struggle and the driving force of all his politics.1

But Lenin and Marx’s logical fallacy and historical determinism had darker implications that played out in the atrocities that followed during the Soviet century. As Malia continues in his description of the early days of Lenin’s Party:

Organizationally . . . the Party had the classic structure of a Social Democratic Party, with a Central Committee chosen by a Congress elected by local committees. It is these characteristics of 1917 Bolshevism that have been called “democratic.” But this democracy existed only for members of one class, the workers, and only for politics within the Party. And in Leninist ideology that pervaded this organization, the rest of society and all rival political organizations – even other socialist parties – were regarded as class enemies, as “bourgeois” or “petty-bourgeois,” who therefore would have to be eliminated once the true party of the proletariat came to power.2

Lenin was doing little more than applying Marxist theory to Russia’s circumstantial particularities. To say, as some neo-Marxists argue, that this is a dishonest reading of Marx is simply false. Marx denied the possibility of a worker’s ability to deviate from his so-called “class consciousness” (though some members of the bourgeoisie, such as himself, could rise above his class consciousness and help lead the proletariat into glorious socialism). So as Lenin took power, he was quite clearly applying Marx’s ideas correctly by deeming any opposition – regardless of social standing – as being an enemy member of the bourgeois class.

This concept is also important in understanding how class distinction was made after the Bolsheviks established power and enacted their reforms. Once the State took ownership of all capital in the country, it would be impossible to distinguish any citizen as a member of the “proletariat” or “bourgeoisie” according to the ownership of capital. But by identifying people according to their “consciousness” — which is to say, by their support of the Communist Party or its opposition to it — Soviet citizens could easily be divided into these classes. After all, any true proletariat would certainly support the self-proclaimed worker’s party!

The result, of course, was to throw “kulaks” — a oxymoron describing a “wealthy peasant” — in the gulag, and to “purge” the party of any enemy who deviated from the appropriate “consciousness.” In other words, Marxist class theory, dogmatically interpreted, justifies thought control. You’re either with us, or against us.

Today, of course, many people laugh derisively at accusations of “cultural Marxism,” an ill-defined term usually levied against members of the cultural left. But as more and more people accept the notion of thought control in the form of violently protesting “offensive” speech or any expression of non-leftist cultural values, it seems easy to recognize this behavior as just a repeat (thankfully a less successful repeat, so far) of the real-world application of Marx’s revolutionary opposition against any person guilty of possessing the wrong “consciousness.”

Chris Calton is a Mises University alumnus and an economic historian. He is writer and host of the Historical Controversies podcast. See also his YouTube channel here.