‘The Last Jedi’ and the Politicization of Storytelling 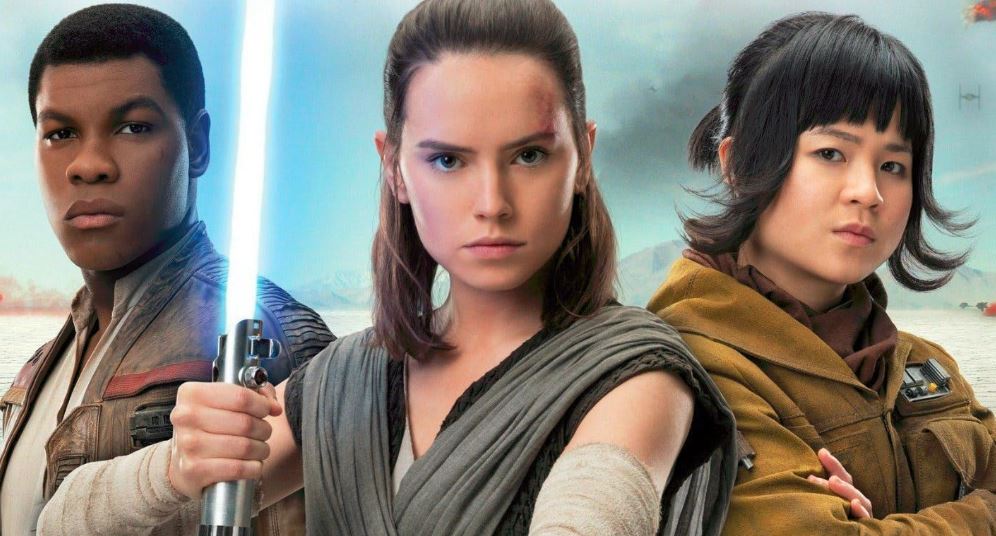 There’s been a disturbance in the franchise: Ambivalence, rather than anticipation, has characterized the online response to Disney’s announcement of the deluge of new Star Wars projects we are to be saturated with over the next several years. And while the trailer for Solo: A Star Wars Story (scheduled for May) was expected to be received with some misgiving, many fans are actively rooting for it to flop.

The origin of this disturbance is not difficult to pinpoint: Until a few months ago, Disney had nimbly sidestepped any serious divergence in the fan base of the IP it acquired for $4 billion. But that changed dramatically with the release of the most recent installment.

Indeed, the biggest twist of The Last Jedi wasn’t in the film itself but in its audience reception. Though its commercial profitably was always comfortably assured, its revenue disparity with The Force Awakens is the steepest sequel-to-sequel decline on record and its second week box office plunge is the biggest in history.  In China, Hollywood’s largest overseas market, the film took a blistering 94 percent nosedive after the first week and was pulled from theaters with less than half its predecessor’s earnings.  Its audience score on the critical aggregate site Rotten Tomatoes is the least favourable in the saga; currently 11 percent lower than The Phantom Menace. A petition demanding it “struck from canon” has garnered over 98,000 signatures as of writing. The Wall Street Journal reports that sales of toy and merchandise tie-ins are substantially below projections. And for the first time in the franchise’s 40 year history, there are predictions that the next entry (the aforementioned Han Solo spinoff) could flop.

So what went wrong?

A Battle for the ‘Soul’ of Star Wars

There’s already an over-abundance of online rants analyzing The Last Jedi’s shortcomings as a piece of entertainment. But it is in the realm of the ideas where the division between critics and audiences is most stark. Dozens of articles praise the film’s perceived socio-political commentary while countless viewers decry it for the very same reason.

This statement reflects a failure to understand two fundamental characteristics of the Star Wars phenomenon.

First, the 1977 original, far from accommodating the cultural climate of its time, was tonally counter-cultural. Its clear-cut portrayal of good versus evil eviscerated the moral relativism of 70s cinema. Its hopeful optimism was an antidote to post-Vietnam nihilism. It was a conscious throwback that paid homage to the sci-fi adventure serials Lucas grew up with.

Secondly, the reasons for its enduring appeal have eluded Johnson entirely. How has the original trilogy remained such a cultural touchstone? Why are studios still making films in its shadow after so many decades?

One reason is that archetypes and the mythic storytelling form never lose relevance. They are timeless and universal. By contrast, loading a film with political messaging for 2018, using it as a vessel to comment on current events, makes its relevance transient. Ironically, Johnson’s attempt to “update” the saga is precisely what caused his entry to feel dated at an accelerated pace.

The original trilogy eschewed overt references to contemporaneously vogue topics. Instead of “micro moralizing,” it dealt in archetypal themes: resisting temptation, self-sacrifice, loyalty, forgiveness, and redemption.

Of course, even these themes can be cheapened (Johnson’s script nods to self-sacrifice but drains it of poignancy by conveying it through characters we barely know, i.e. General Purple Hair and What’s-Her-Name’s sister). But when those themes are effectively portrayed as integral parts of a story, there’s no need for heavy-handed commentary (e.g. “arms dealers are bad!”) or simplistic insinuations (e.g. “rich people are heartless!”).

The Politicization of Storytelling

This is not to suggest that using art to make a socio-political point is necessarily ‘bad’; only when those points become detrimental to art itself. When the driving impulse is “Use the story to serve these agendas,” when politics dictates how our stories are told and eclipses universal truths about the human experience—the deeper things that actually touch us–the result is an artistically diminished product.

In Johnson’s film, subtexts are delivered with such lack of subtlety it feels the director is drawing attention to his own benevolence, ironically betraying his own ‘white saviour complex’ more than serving feminism or diversity.

And it isn’t just the film’s detractors who observe the current American political climate’s bearing on the way it was written. GQ UK gleefully claims “The Last Jedi takes on Trump”. Other articles, such as these in The Independent, The Guardian and Wired, insinuate that anyone not on board is an ‘alt-right’ hater of diversity.

But if all the consternation is simply objection to minority characters and strong female protagonists, why does its predecessor enjoy such high audience ratings? One conspicuous difference is that The Force Awakens’ diverse cast played characters integral to its story, whereas in Last Jedi, characters are shoehorned in with no discernable purpose other than demographic representation. The most glaring example of this is Rose Tico, played by Vietnamese-American actress Kelly Marie Tran: Her entire subplot (helping Finn find a codebreaker) ends up having no subsequent significance or narrative payoff and the rest of her time on screen is barely less superfluous.

If such perfunctory tokenism and pandering to vapid identity politics is what is meant by “diversity” then certainly, that was one aspect of The Last Jedi which drew criticism.

But the fallacy that detractors must be ‘racist’, ‘white’ and ‘male’ is perhaps nowhere more roundly debunked than on social media. For example, just a few minutes searching for reviews on YouTube brings up the following links:

These reviewers, who identify as feminists, felt the film’s politics were a disservice to gender equality: Jessi Milestone, Jordan Harvey,

These Arab and Jewish reviewers are united in their hate for it: NinoCompany,  Ben Shapiro

The notable diversity of the reviewers above is made doubly ironic by the almost uniform whiteness of those trying to associate the film’s detractors with “white supremacy.”

The Culture-Shaping Power of Star Wars

While the controversy may appear to be an inordinate fuss over “light entertainment,” Star Wars (whether by chance or intention) has come to represent something far more significant than that.

Throughout history, stories have functioned as one of the most effective societal-shaping tools. The themes, ideals and values communicated in stories have simultaneously reflected and moulded the cultures which produced them. This is what Victor Hugo was alluding to when he wrote, “England has two books: the Bible and Shakespeare. England made Shakespeare, but the Bible made England.”

Descriptions of Star Wars as “generation defining” are also allusions to the power of stories to shape who we are. And therein lies the problem: Johnson’s work, while managing to imitate the aesthetic of Star Wars (stormtroopers, lightsabers, etc.) is a hollow husk bearing only surface similarity to its parent material. Its shallow identity politics reflect a cultural hegemony adrift from deeper moorings.

Such an incoherent set of half-baked ideas wouldn’t matter if not for the fact that they are being propagated on an industrial scale, becoming almost ubiquitous in U.S. and UK entertainment.

But more concerning is the accompanying intolerance; those caught straying from the herd or expressing a dissenting opinion from the currently prevailing unanimity are often stigmatized and attacked with a zeal which one German reviewer of the film sees troubling historical parallels in.

In a scene in Last Jedi which practically invites the type of historical parallelism above, there’s an attempted book-burning (ignited by Yoda, no less) broadcasting the film’s overarching theme of abandoning the past.

“Let the past die. Kill it if you have to.” Kylo urges Rey, even as Johnson urges the audience to “let the past die” so that we can embrace his Star Wars and, at a broader cultural level, the ideas his film promulgates.

Advocates of almost any vision for society feel there is something ‘inevitable’ about the triumph of their ideology. That their set of ideas must be more ‘enlightened’ than what has been before. But as C.S. Lewis wrote in The Abolition of Man: “A great many of those who ‘debunk’ traditional or (as they would say) “sentimental” values, have in the background values of their own which they believe to be immune from the debunking process.”

With the backlash to Last Jedi, the values in the background of Johnson’s film have been inadvertently thrust into the spotlight, exposing greater popular discomfort with them than anyone anticipated.