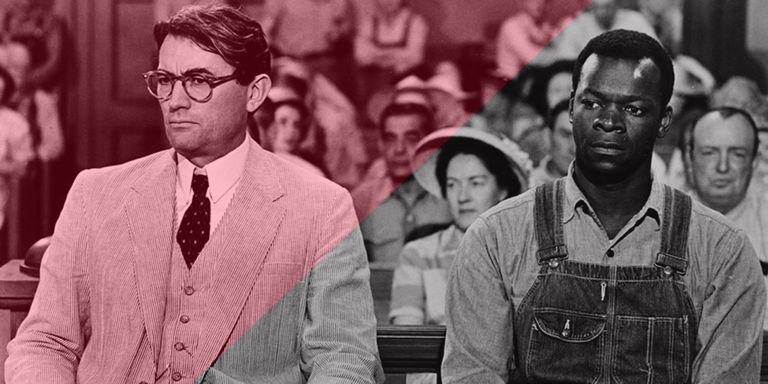 The English writer George Orwell once observed that the “most effective way to destroy people is to deny and obliterate their own understanding of their history.”

This idea is working itself out in one of Minnesota’s largest school districts. A decision to pull two of the most influential novels in recent American history, To Kill a Mockingbird and The Adventures of Huckleberry Finn, from Duluth’s school district’s required reading curriculum was made last month. The decision was based on the desire to be “considerate of all students” because of the racial slurs used in the novels.

“When curriculum materials are making some students feel uncomfortable, then we need to make a better choice,” said Bill Gronseth, superintendent of Duluth Public Schools.

The decision comes months after a Mississippi district nixed Mockingbird from its reading lists for the same reason: the book “makes people uncomfortable.” That decision sparked a rebuke from Arne Duncan, secretary of Education under President Obama from 2009-2015.

When school districts remove ‘To Kill A Mockingbird’ from the reading list, we know we have real problems. https://t.co/TF3fGZmvXp

I think every rational person would agree that outright name-calling and the use of racial slurs to hurt people are unacceptable. No person of good faith wants that. But how far are we going to go to make everyone comfortable?

“Feeling uncomfortable” has been an effective teaching tool since the beginning of pedagogy. We need to be made to feel uncomfortable to effectively teach history in a way that doesn’t lose its efficacy. Quality literature, appropriately handled by an effective teacher, has a way of pulling at our emotions—love, anger, sorrow, sympathy—allowing us to feel the plight of another person. Emotions are essential in creating a sense of right and wrong, justice and injustice.

But how can this happen if what we are teaching our children is whitewashed?

I want my children, who have Jewish ancestry, to be exposed to the horrors of concentration camps and gas chambers, right along with the non-Jewish children, by reading books such as The Diary of Anne Frank and Eli Wiesel’s Night. These works might make them feel uncomfortable.

I want my daughter to know that Susan B. Anthony was arrested for voting in a presidential election. This might make her feel uncomfortable.

I also want my children to feel the plight of Tom Robinson, to “climb into his skin and walk around in it.” I want them to see him innocent like a mockingbird, doing no harm to humanity. I want them to see the drunken, hate-filled Bob Ewell as he falsely accuses Tom of raping his daughter, when he himself may have abused her.

When we write, we’re supposed to “show, not tell”. No one wants to be told what to think; we want to be shown. Shown through life examples and compelling characters that take us to places we wouldn’t normally go. Not just literal places, like Maycomb in the 1930s, but figurative places, like love, hate, injustice, or the fight for equality.

This is exactly what Atticus Finch does.

Atticus, who recently was voted the most inspiring character in modern literature, sets an example of someone who stands against 1930s Southern racist attitudes. He leads readers into an image of what is good and honorable and right. One way he does this is by his sound advice to his children, Scout and Jem, as they grapple with the ills of the times.

When Scout, Atticus’ curious, intelligent and somewhat precocious daughter, asks him why he’s defending Tom Robinson. Atticus doesn’t tell her “because I have to.” He shows her through his actions and explains: “The one place where a man ought to get a square deal is in a courtroom, be he any color of the rainbow, but people have a way of carrying their resentments right into a jury box.”

Atticus goes on to tell Scout that he “does his best to love everybody” and that when someone calls another person a bad name, it just “shows how poor that person (who is doing the name-calling) is.”

Author Harper Lee shows us through her character Atticus what it means to be honorable in a time of less than honorable people. She wrote what she knew and filled the pages full of historical detail that reflected the era, details that included the unfortunate language of the time. Language that reflected the racism that existed in the fictional town of Maycomb, based on the real town that Lee grew up in.

When will everyone feel “comfortable”?

Perhaps when every bit of evil is stripped from our history books and reading curriculum. Perhaps when we remove everything that can take us to a place where we feel what someone else may have felt at a given time.