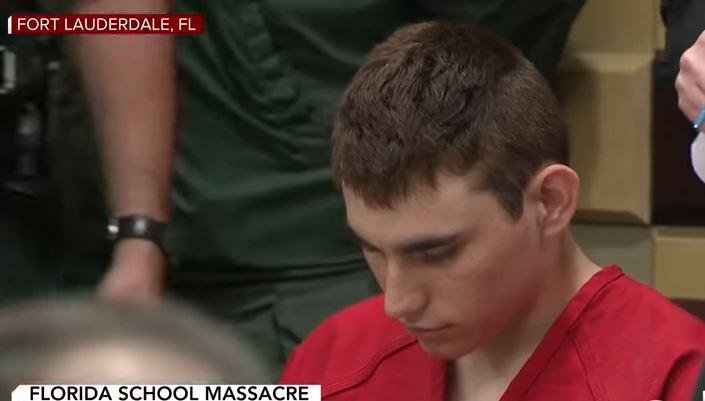 In the wake of last week’s mass shooting at a Florida high school America is once again embroiled in a debate about how this could have happened again and how to prevent such horrific behaviour and loss of life.

Nikolas Cruz, the 19-year-old who went to his former high school on Valentine’s day armed with an AR-15 gun, killed 17 students and teachers before running away – the highest toll in a school shooting since that at Sandy Hook primary school in December 2012, where 20 children were killed.

This might have been prevented, many are saying, if America – or at least its powerful gun lobby and their political representatives – would back down from their intransigent stand against gun control. The Trump administration, for example, repealed an Obama regulation that would have made it easier to block the sale of firearms to people with certain mental illnesses.

It might even have been prevented if the FBI had acted on information it received about a comment on YouTube suggesting Cruz wanted to be “a professional school shooter” —  especially in the light of his psychological and behavioural history, for which there were ample witnesses.

But for real prevention – prevention that stops the desire to kill, not just the act — we have to understand what makes young men like Nikolas Cruz become homicidal. On this front there are many things clamouring for attention: the epidemic of mental illness, school organisation and culture, violent video games, social media, mainstream media and their reporting of mass shootings. All of these and more have been canvassed in articles in the last few days.

One factor studiously ignored by mainstream pundits is the family circumstances of shooters. As we have said before on this site, almost all school shooters come from families where the parents are either divorced or alienated.

At first glance Nikolas Cruz does not fit the pattern; both his adoptive parents had died – his mother, whom he was very close to, only last November. But the New York Times profile of Cruz hints that even before his death, the father may have played a minor role in the family: the report says Nikolas and his younger brother Zachary “were raised largely by their mother, especially after their father, Roger P. Cruz, died suddenly in 2004 at the age of 67.”(Emphasis added)

The absence of a dad matters for a child’s wellbeing. Sociologist Brad Wilcox summed up the research and the reasons a few years ago after Adam Lanza’s suicidal attack at Sandy Hook. A study published last year found that whatever the reason for separation – imprisonment, death, separation or divorce – the loss of a father even has a biological effect on a child, especially in the case of boys and if the child is younger than 5 – the age approximately at which Cruz lost his father.

Wilcox quotes sociologist David Popenoe on the father-son relationship: “fathers are important to their sons as role models. They are important for maintaining authority and discipline. And they are important in helping their sons to develop both self-control and feelings of empathy toward others, character traits that are found to be lacking in violent youth.”

Of course, most boys who grow up without a dad will not become delinquent or violent, but the absence of a dad for most of his life (after, perhaps, the experience of a disengaged, older father in early childhood) suggests one cause of Nikolas’ behavioural problems as he grew up – despite the best efforts of his widowed mother. Her death, according to a friend, took away the boy’s only emotional support.

There are many, many boys in the US who are growing up without the steady presence of a father. The long-term solution is to reverse the decline of married parenthood and the high incidence of divorce and broken partnerships that is devastating the lives of so many children across the West and feeding an epidemic of mental illness among young people.

President Trump has solemnly tweeted: “So many signs that the Florida shooter was mentally disturbed, even expelled from school for bad and erratic behavior. Neighbors and classmates knew he was a big problem. Must always report such instances to authorities, again and again!”

But there’s a lot that could happen before it is necessary to report to the authorities. And even before the need for mental health services. Somehow the community has to fill the gaps in a child’s life.

It’s hard to say how much neighbours and classmates did try to befriend Nikolas – perhaps a lot, and yet were defeated by his violent outbursts. Certainly the friends of his mother who took him in deserve a medal.

What about his teachers and support staff at Marjory Stoneman Douglas High School? Perhaps they did their best, too, until they finally expelled him for brawling. Was there no adult in that huge school of 3000 students who could be a friend, mentor or father figure to Nikolas, who could make the troubled adolescent feel accepted?

Perhaps the very size of the school, its industrial scale (so it seems to this writer) makes that kind of thing impossible, except in the form of strictly limited appointments with a professional counsellor.

Yet as a psychology professor says, “Because educators observe students’ emotional and behavioral development daily, they are best positioned to detect troubled behaviors and intervene.” Among things that schools could do prevent more shootings she suggests teaching social and emotional skills, and hiring more counsellors and school resource officers (specially trained police officers).

Three education academics go further. Rejecting the trend to step up security measures at schools, they pinpoint three aspects of school culture that might contribute to tragedies like the current one. The first is traditions in such areas as athletics, homecoming royalties and dances that turn adolescence into “status tournament” and breed social anxiety.

(Nikolas refused to go to his vocational training on the morning of the killing because “I don’t go to school on Valentine’s Day.” And the fight he was expelled for seems to have been over the loss of his girlfriend. Both of which suggest he suffered humiliation from failure in the romance stakes.)

More contentiously the same writers suggest that, “Since schools are experienced as places of force and control [i.e. discipline], for some students they also come to be seen as appropriate places for violence.” And thirdly, that the notions of “expressive individualism” prevailing in American schools (according to some research, anyway) encourage students to discover and express their inner selves. “Might this also contribute to school shootings?” they ask.

Perhaps. What one can say is that schools are in a position to make a difference to people like Nikolas Cruz if they can shape their enormous material resources and culture to the real needs of adolescents. Often enough this means the need of things that good fathers can best provide, but which are missing because dad is not there.

Carolyn Moynihan is deputy editor of MercatorNet. This article has been republished from MercatorNet under a Creative Commons license.