Confabulation: Why Telling Ourselves Stories Makes Us Feel Ok 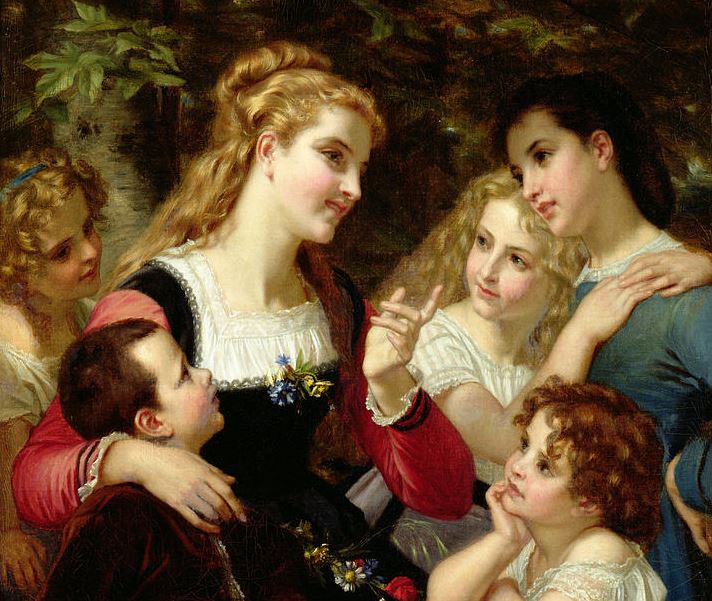 In a now classic experiment, the psychologists Richard E Nisbett and Timothy Wilson at the University of Michigan laid out a range of items, such as pairs of stockings, and asked people to select one. Participants consistently preferred the items on their most right-hand side. But when they were asked to explain their choices, they did not mention the position of the items, and instead attributed their choices to the superior texture or colour of the chosen pair of stockings, even when the displayed pairs were all identical. People confabulated. Not knowing some of the factors that were determining their choices, they produced an explanation that was not based on evidence relevant to the factors determining their choices, but mentioned instead plausible reasons why the chosen item was better.

This type of behaviour is not confined to experimental situations. In our everyday lives, we often explain our choices earnestly, even if we don’t know some of the facts relevant to the reason we made those choices. When we offer an explanation, we propose some plausible argument for choosing the way we did. Suppose a panel shortlists two candidates for a job, and is assessing them after carefully considering their CVs and their performance at the interview. Most people on the panel express a strong preference for John (a white male) over Arya (a woman of colour).

‘Confabulation’ comes from the Latin fabula (‘story’) which can be either a historical account or a fairytale. When we confabulate, we tell a story that is fictional, while believing that it is a true story. As we are not aware that our story is fictional, this is very different from a lie: we have no intention to deceive. So in confabulation there is a mismatch between what we aim to do (tell a true story) and what we end up doing (tell a fictional story). We tend to confabulate when we are asked to explain our choices because we don’t always know the factors responsible for our choices. Yet, when asked why we made a choice, we offer an explanation. The explanation can sound plausible, but is not grounded in the relevant evidence because it doesn’t take into account some of the factors determining our choices.

Let’s consider each of these three effects in turn. By having an explanation for our choices rather than acknowledging ignorance, we enhance our private and public self-image. Despite our actual state of ignorance about the factors influencing our choices, we present ourselves as agents who know why they make the choices they make and who make choices for good reasons. If the research participants in the Nisbett and Wilson study hadn’t explained their choice of stockings, they would have given the impression of choosing randomly or of not being discerning customers. If the panellists hadn’t provided any reason for preferring John to Arya for the job, their preferences would not have been as authoritative.

Further, when we offer an explanation, an instance of behaviour whose causes are elusive to us can be integrated into a wider system of beliefs, preferences and values that contributes to the overall sense of who we are, which is often called identity. Particular choices fit a pattern of preferences and become part of comprehensive narratives, where reasons make sense of our past behaviour, and shape our future behaviour. If the research participants in the Nisbett and Wilson study attribute to themselves a general preference for brighter stockings or softer nightgowns, such a preference can also be used to interpret their previous behaviour or predict their future consumer choices.

Finally, when we confabulate, we share information about ourselves, and our choices can become an object of conversation and discussion. We receive external feedback on issues that are relevant to our choices, and we can revisit the reasons we use to explain our behaviour. If the panellists claim that their preference for John is due to his greater work experience, the fact that he is better than Arya in this respect can be challenged. John’s CV can be looked at again, leading to a change of preference.

Although our choices are often influenced by external cues and unconscious drives, we tend to see ourselves as competent and largely coherent agents who do and believe things for good reasons. This sense of agency is partly an illusion, but sustains our motivation to pursue our goals in critical circumstances. When we overestimate our competence, we tend to be more productive, more resilient, better at planning, and more effective at problem-solving. When we view our choices as driven by reasons, and integrate them in a coherent pattern of behaviour, we are more likely to fulfil our goals. The implications of explaining a particular choice on our overall sense of agency become more significant when the choice is self-defining, such as the vote for a political party at a general election or the choice of a life partner – also types of choices that we often explain in a confabulatory manner. Articulating reasons for self-defining choices can be a starting point for dialogue and reflection, potentially leading to change and self-improvement.

Someone could object here that a better-grounded explanation for our choice, including the accurate explanation (eg, ‘I chose this pair of stockings because of position effects, of which at the time I was unaware’), would be better than the confabulation (eg, ‘I chose this pair of stocking because it is more brightly coloured’), and also spare us from false beliefs. But even if the accurate explanation were available to us, it would be unlikely to play the same self-enhancing and self-integrating role as the confabulatory explanation. Explaining consumer choice based on an unconscious tendency to favour items on our right-hand side does not support the sense that we are competent and coherent agents. Confabulation compromises our understanding of reality and of ourselves, but, when it comes to supporting agency, it often fares better than a well-grounded explanation, or even the accurate one.