Could You Pass Thomas Edison’s Hiring Test? Probably Not. 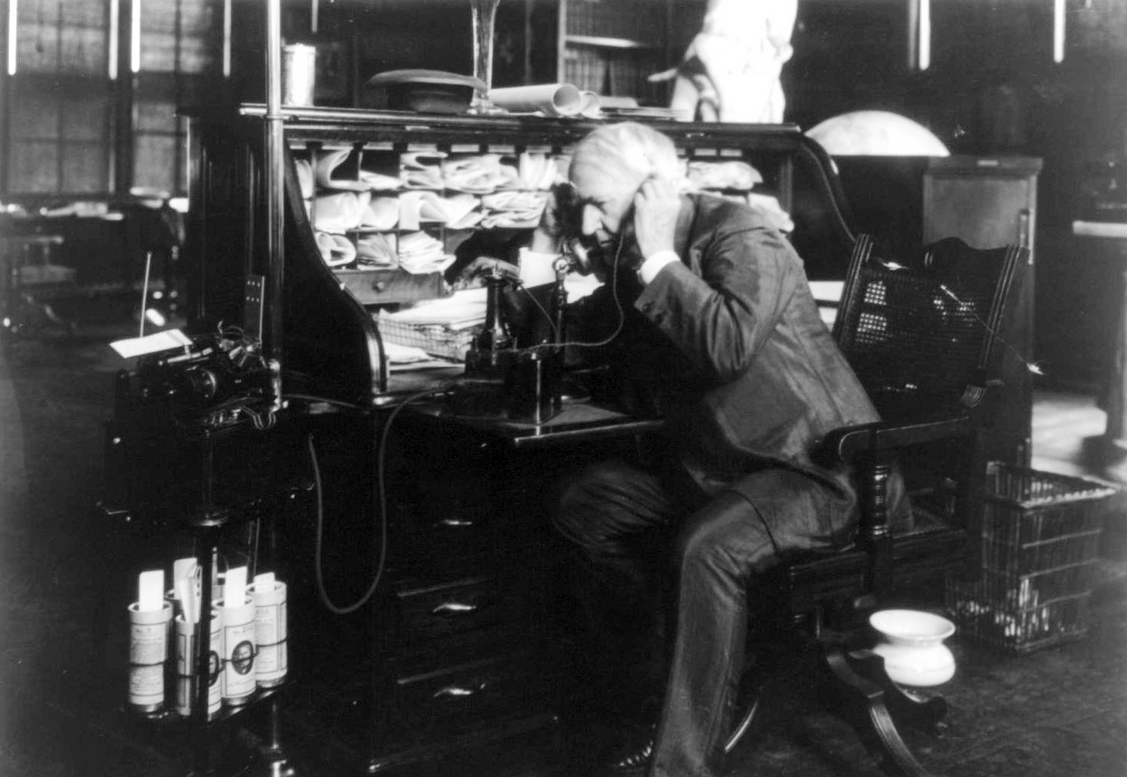 The other day I stumbled across an exam compiled by the famous inventor Thomas Edison. The exam consisted of 146 questions and was used by Edison to screen applicants for executive positions in his laboratory.

I began looking through the questions, and to my dismay, realized that I would have fared quite badly had I been one of Edison’s applicants.

“What countries bound France?” Hm, good question. I’d probably do better if I had a map in front of me… but then, I know from experience that trying to label an unmarked map is no easy task.

“Who was Pizarro?” I’ve heard of him, but couldn’t tell you specifics.

“Who was Francis Marion?” He had something to do with the Revolutionary War, didn’t he? His nickname was something with “Swamp” in it, I believe…

“What is the name of a famous violin maker?” Aha! Now that I should know. Everyone is always hoping to uncover a Strad in some forgotten attic.

At first blush, the questions on Edison’s exam seem rather random and one has to wonder if they’re a joke. Why would anyone require such a smattering of knowledge from a new hire?

Indeed, that question was forefront in many minds when news of it was first leaked in the early 1920s. Edison received quite a bit of flack for a test many perceived as too difficult, and by implication, rather unfair.

But Edison had his reasons, as he explained to The Scientific American. He wanted employees who demonstrated stellar memories. Drawing on what he believed to be common knowledge that every student would learn in school, Edison demanded a 90 percent passage rate, declaring:

“A man who has not got 90 per cent of these facts at his command is deficient either in memory, as discussed already, or in the power of acquiring facts, as I shall presently make clear. And either deficiency is fatal for my purposes.”

It’s no secret that American education doesn’t place a lot of value on memory anymore. The ability to create or know how to find the correct information is what many appear to aim for. As such, many of today’s students would likely fail Mr. Edison’s test, having had the information go in one ear and out the other as they pass on to the next grade.

But what if today’s schools did prioritize memory? Would this one change help them pass Edison’s 146-question exam?

To be honest, I don’t think so. While looking through the exam, I began to make a tally of the general categories which each question fell under. Some fell under the category of scientific knowledge. A comparable amount fell under a miscellaneous, general knowledge category. But an overwhelming number of them were drawn from the subject we classify as social studies, which is made up of geography, history, and civics.

And when one breaks down the broad category of social studies, it is discovered that sub-categories receive even less attention. According to a 2015 report from the U.S. Government Accountability Office, teachers only spend 10 percent of social studies time giving instruction in geography.

This limited instruction shows up on the Nation’s Report Card. By the time students finish high school, only 24 percent are proficient in civics, 20 percent in geography, and 12 percent in U.S. history.

Fortunately for today’s schools, Edison will never know about these statistics. If he had, his response likely would have been as indicting as the following:

“But our schools consistently and persistently give passing grades to students who are right a bare 60 per cent of the time. I consider this a disgraceful procedure. If they can’t teach the boys and girls to be right more consistently than that it is about time they admitted their failure and gave up the effort to teach them at all.”