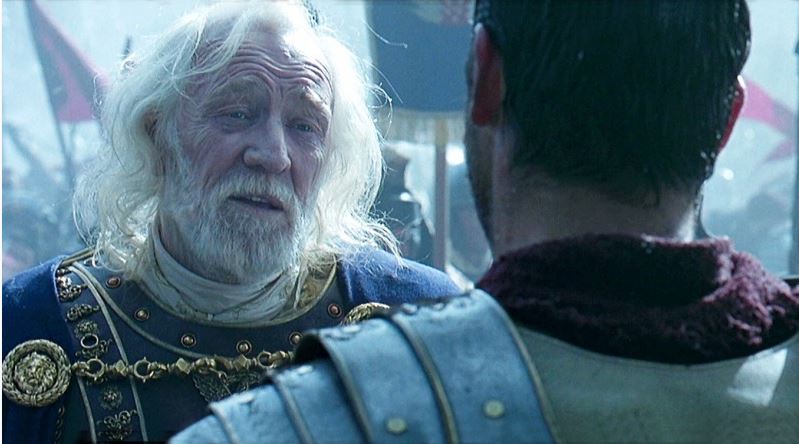 Marcus Aurelius (121-180 A.D.), the last of Rome’s Five Great Emperors, was a study of contrasts. In many ways he was the paradigm of Plato’s philosopher king, yet his reign—which began in 161 A.D. following the death of his adopted father, Antonius Pius—was marred by war and revolt.

He was heavily influenced by the thinking of the first-century stoics, perhaps in part because his time on this earth was so difficult. Military violence, plague, rebellions, unexpected deaths of family and friends, and a son perhaps touched by madness—these were the events visited upon Marcus Aurelius during his lifetime.

He could have found escape as humans often do, through intoxicants and pleasure-seeking, the alluring drugs that offer relief, however temporary, from stress, pain, and toil. It appears Marcus Aurelius chose a different path, however. His Meditations (essentially a diary written for himself) reveal a man striving for peace through wisdom, self-control, and acceptance—not false, fleeting nectars.

The modern man or woman can find much in the wisdom of Marcus Aurelius that still applies (perhaps more than ever). Here are seven bits of wisdom from the philosopher king:

“Don’t pay attention to other people’s minds. Look straight ahead, where nature is leading you—nature in general, through the things that happen to you; and your own nature, through your own actions.”

“Treat what you don’t have as nonexistent. Look at what you have, the things you value most, and think of how much you’d crave them if you didn’t have them.”

“Frightened of change? But what can exist without it? What’s closer to nature’s heart? Can you take a hot bath and leave the fire-wood as it was? Eat food without transforming it? Can any vital process take place without something being changed? Can’t you see? It’s just the same with you—and just as vital to nature.”

“Don’t be ashamed to need help. Like a soldier storming a wall, you have a mission to accomplish. And if you’ve been wounded and you need a comrade to pull you up? So what?”

5. Forgive People (Because Life is Short)

“To feel affection for people even when they make mistakes is uniquely human. You can do it, if you simply recognize: that they’re human too, that they act out of ignorance, against their will, and that you’ll both be dead before long.”

6. Put the Self in the Proper Place

“Look at the past—empire succeeding empire—and from that, extrapolate the future: the same thing. No escape from the rhythm of events. Which is why observing life for forty years is as good as a thousand. Would you really see anything new?”

7. Strive to live a Moral Life

“Wash yourself clean. With simplicity, with indifference to everything but right and wrong. Care for other human beings. Follow God.”