Why Psychiatrists Should Not Be Involved in Presidential Politics 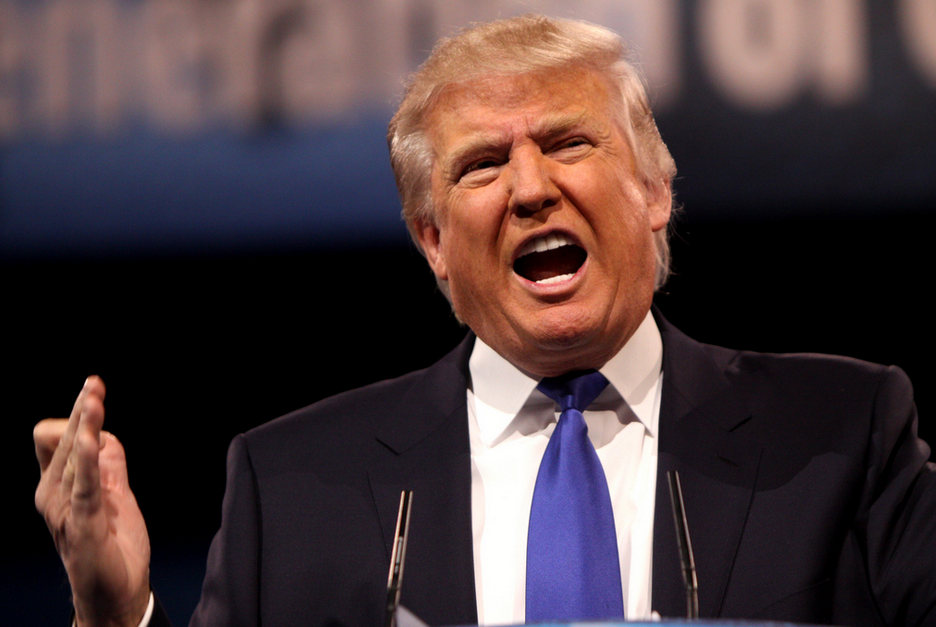 The media, politicians, celebrities, athletes and other groups have questioned the fitness and mental health of the president, but one group has largely refrained: mental health professionals.

This recently changed. One of the latest efforts is a book, a collection of assessments by 27 psychiatrists and mental health providers, called “The Dangerous Case of Donald Trump.” This has been followed by heated discussions about the president’s “mental fitness” for office. In early December, a psychiatrist briefed some members of Congress, sharing concerns about the president’s mental stability and capacity to serve.

As an academic psychiatrist and advocate for those with mental illness, I want to discuss something important that has been missing in this debate: why bringing mental health, and mental health professionals, into politics in this way could end up causing substantial harm and be very dangerous.

When it comes to discussing the mental health of public figures, most psychiatrists and mental health professionals follow guidance – subsequently dubbed the “Goldwater Rule”– that the American Psychiatric Association issued in 1973.

In 1964 Fact Magazine had polled APA members about the “psychological fitness” of presidential candidate Barry Goldwater, a conservative Republican senator from Arizona.

In the considerable fallout that followed Fact’s provocative cover story, the APA formally stated that is is unethical for psychiatrists to give a professional opinion about public figures they have not examined in person and from whom they have not obtained consent to discuss their mental health in public.

Still, many mental health providers believe that commentaries about the current president fall within the realm of “duty to warn.” This principle basically says that if a patient is an imminent danger of harming another person, confidentiality should be broken, and the potential victim and legal authorities informed.

The APA, however, asserts that the duty to warn is a legal concept that does not apply if there is no “physician-patient relationship.”

A return of stigma?

Mental disorders are very common: Nearly one in five people experiences depression during their lives, one in four an anxiety disorder, nearly eight percent post-traumatic stress disorder, one percent schizophrenia and one percent bipolar disorder.

And yet, these patients have long been subject to different forms of discrimination, prosecution and dehumanization. Until recently, having a psychiatric illness or seeing a psychiatrist was something embarrassing to hide from others. That led to avoiding treatment, delays in seeking help and loss of potential for a prosperous life.

Stigma still affects political support and funding for mental health services and research. Our society has just begun to bring awareness to the public that, like any other medical condition, a psychiatric disorder is a disease that needs treatment and not to be embarrassed by. It has taken us centuries to gradually overcome the stigma, and we still have a long way to go.

When a politician calls a perceived enemy a paranoid schizophrenic, for example, as did former White House Communications Director Anthony Scaramucci, the public may see it as an uninformed and undignified insult. As a colleague and I recently wrote, however, the media and the medical professions should inform the public at such times that it is insensitive to use mental illness in this way.

Such insensitivity is harmful enough coming from a politician. A mental health professional should be even more cautious in using mental illness in the realm of politics. It could add to stigma. Psychiatrists need to keep in mind the first principle of medical practice: First, do not harm.

Understanding the medical nature of mental illness has been a very important public accomplishment for psychiatry and neuroscience. This should be valued and protected, as it lifts the social pressure off of the millions of people with mental illness.

Diagnosis should bring empathy, not scorn

Brain diseases can cause aberrations in behavior, thinking or emotions. A person with mental illness should not be blamed for these anatomical and functional differences. Mental health professionals are helping people develop empathy for patients with mental illness.

Coming back to the American president, using psychiatric diagnoses to address what is perceived as wrong with his behavior could work against decades of advocacy efforts. And it defeats its own purpose because it means he is not responsible for his actions, that a disease is to blame. This strategy is basically exonerating.

Furthermore, the last thing we psychiatrists need to tell a large group of the U.S. public and many others in the world is that the person they dislike is not likable because he has a mental illness.

Perception of psychiatrists affected, too

What is more, diagnosing public figures from afar could influence how millions of people perceive psychiatrists.

A large percentage of Americans support the current president. If mental health providers try to diagnose the president, his fans may conclude that psychiatrists are a group of entitled liberals who use their profession to push their own political agenda.

A clinical encounter is already a very sensitive event and takes place in a complicated context. The last things we want to add to it are questions about the psychiatrist’s political views and genuineness of their intentions. How would a loyal supporter of the president see his or her psychiatrist as a result? Will he or she lose confidence in the psychiatrist’s judgment or recommendations? Would he or she follow through treatment?

And this will not remain limited to one side of the political spectrum. If this public psychological analysis becomes a precedent, three years from now, another group of psychiatrists may decide to diagnose another candidate of having a mental illness, which can affect the way the other half of the country feel about mental health providers.

If psychiatrists can consider diagnosing the highest official in the country, why wouldn’t they do it for a celebrity, an athlete, a CEO, a teacher or a bus driver? Who will then be immune to such approach? In this case, psychiatrists could either be seen as dangerous big brothers or, in a more likely scenario, substantially discredited.

No diagnosis needed to be unfit

Americans really do not need to give a person a mental health diagnosis to decide if he or she is unfit, irrelevant, inexperienced, unreliable or even stupid (indeed, there is no psychiatric diagnosis for stupidity). We did not need to diagnose Nixon to know that he was ethically compromised to serve as president.

When a voter assesses a person’s ability to serve in office, a better benchmark, arguably, is a person’s past behavior. If it seems unreasonable, chances are high it will be again and again. And knowing that does not require a medical degree or psychiatric training.

So in the end, to my psychiatrist colleagues: Please leave us out of this mess. And to our patients: You can still trust us psychiatrists to really care and advocate for you.