Why Aren’t There More Female Politicians? 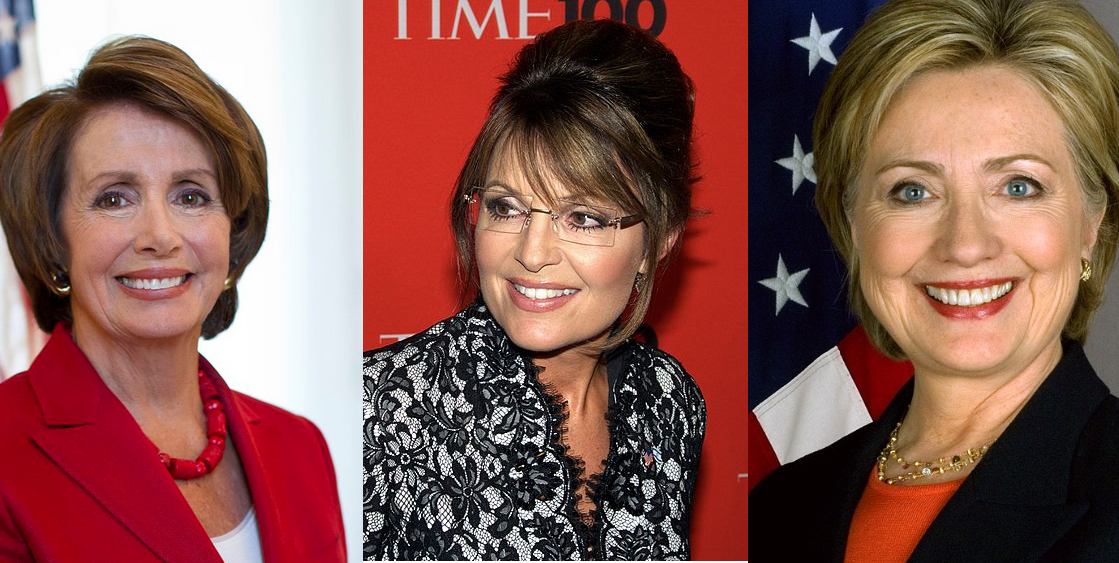 In a country that began with actual “Founding Fathers,” it’s easy to buy into the mantra that the patriarchy is a dominant force in American society and thus needs to be minimized. Many feminists now believe women have been oppressed for too long, and it’s time for them to fight back. Consider a recent tweet by Sarah McBride:

On its face, this tweet makes plausible sense. McBride was Hillary Clinton’s Press Secretary (and is now press secretary for the Human Rights Campaign)—if anyone should be a beacon for electing female politicians it would be someone from Clinton’s team. And McBride is certainly correct to suggest that there aren’t many women in politics.

Of the politicians in Congress, only about twenty percent of them are female. In fact, in 2015, Congress was 80% male and 92% Christian. As a woman, I’m not well-represented in Congress. There are a few reasons for that, but they differ from the reasons McBride is suggesting in her tweet.

First, the reason many women don’t go into politics is that they don’t want to. Many women (among which I include myself) might enjoy political debate or journalism, but don’t necessarily want to run for office. A similar effect can be seen among women in corporate America. Studies have shown over and over that while business is a popular college degree major for men and women, after that, women tend to seek work in “helping” professions like teaching, or in the communications professions. In other words, on average, men and women sometimes have different career interests.

As well, the job of the men and women elected to public office is to represent their constituents. Because of this, their values and beliefs tend to align with the majority of voters in their districts. So if a female, black, queer person who was also deeply conservative ran for office in Texas’ 17th Congressional district, she might just win because her values would align with her constituents. But a far-left progressive with an identity politics agenda? Nope. This isn’t evidence of Texans’ bigotry; it’s just how elective democracy works.

Finally, and most importantly, it’s both illogical and a sure sign of someone pushing a progressive narrative to assume that one should elect women to office not because of their achievements or merit but simply because they are female (or black, or queer or trans).

McBride realized this a little too late and actually tried to walk back her tweet, issuing a follow-up caveat, saying women should also be qualified to serve in office. But it’s clear that wasn’t her main point nor is it her ultimate goal. Feminists like McBride aren’t really concerned with a woman’s accomplishments or merits, so long as they check off certain (typically progressive) boxes. If this weren’t the case, why didn’t McBride add “pro-life” or “Christian” to her list of adjectives? Plenty of American women identify as both. (As one woman who responded to McBride’s tweet succinctly described her disagreement with the approach: “I vote with my lady smarts, not my lady parts”).

The irony of this of course, is that first-wave feminism wasn’t about women getting elected, acquiring jobs, or earning more pay just because of their sex. It was about women having equal opportunity and being recognized equally under the law—which they now are—because of their humanity. First-wave feminists didn’t think women were lesser because they were women, but neither did they think they should be entitled to special privileges simply because they were women.

The United States offers impressive opportunities for women, so many, in fact, that women are surpassing men in a number of areas (if you doubt it, just look at the breakdown by gender of college and graduate degrees earned in this country). If women don’t seek certain vocations, make a certain amount of money, or run for public office, it’s largely due to other factors, not discrimination. The false narrative that women should win elections simply because they are women is not only a good way to get unqualified people elected, but also teaches the next generation of women to demand perks and positions because of their gender, not because they have earned them.