What Happens When You Think 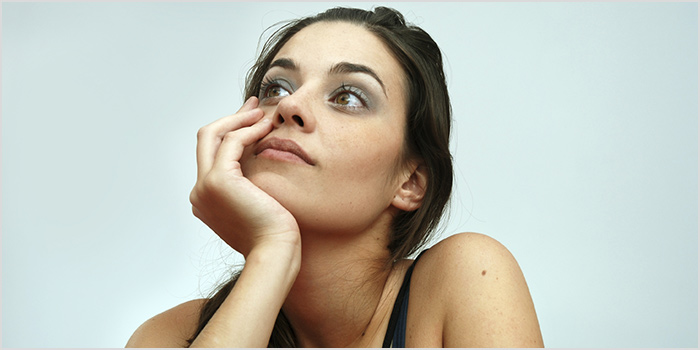 Jacques Maritain (1882-1973) was one of the greatest thinkers of the twentieth century. He was a French philosopher known for his adherence to the philosophy of the medieval Christian philosopher St. Thomas Aquinas.

Maritain had a lot of interesting thoughts. One of them comes from his book Creative Intuition in Art and Poetry, a book in which he tries to explain (among other things) how our creative imagination relates to our intellect.

Since the intellect and the imagination are both considered parts of the soul, in order to explain how they are related to each other, he explains how the soul is constructed.

Here is Maritain’s (hand-drawn) “Map of the Soul”:

You will see that there are three cones emanating from a point labeled “Soul,” each inside the other, starting from the bottom. The top cone represents the “Intellect,” the one below it the “Imagination,” and the lowest “External Senses.”

Our knowledge starts with the bottom-most cone. This is the point at which we see or hear or smell or taste or touch. Maritain calls this “intuitive data,” which is gained from the direct contact our senses have with the world.

The perceptions gained by the senses feed into the next highest cone, the Imagination, and form some imaginative or mental picture of the thing we have sensed. There is some kind of mental image we all have when we hear certain words. Try it. What image comes to you when you hear someone say “flower” or “house” or “dog”?

The mental picture generated by our Imagination is then taken by the Intellect and “conceptualized” into an abstract idea. When I say, “There is a man in front of me,” I am referring to the actual man standing in front of me, of which I also have some kind of mental image. But if I say, “Man is a featherless biped” (Plato’s tongue-in-cheek definition), I am talking about man as an abstract concept.

There are also two shaded areas. If we are conscious of the thing we are perceiving or imaging or conceptualizing, that would lie outside the shaded areas. But we often do these mental activities unconsciously.

How many times do we find ourselves driving our car and thinking about something we’re going to do that day? You haven’t been consciously thinking about driving at all, and yet you were doing it. That would occur in the “Automated Unconscious,” the shaded area at the bottom.

And what is included in the “Preconscious of the Spirit”? The inspiration of the poet or the musician or even the inspiration of a scientist when he is searching for a hypothesis to explain something.

Oh, and by the way, when you look at this diagram and understand what he means by it, you have done exactly what he is explaining in the drawing.