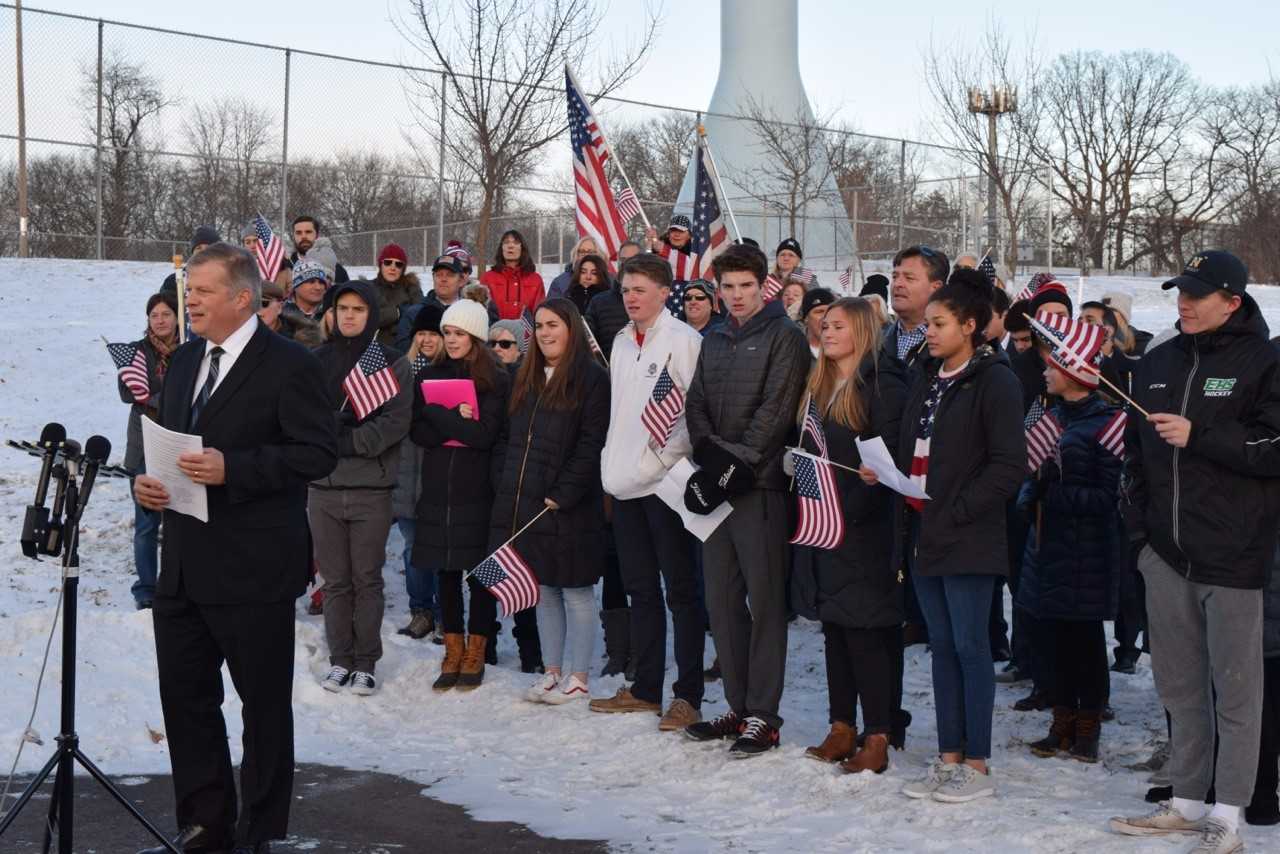 Five Minnesota high students and their parents are suing one of the state’s most prestigious schools.

Students at Edina High School charge that the school violated their free-speech rights and wrongfully terminated their conservative club, according to a complaint filed in Minnesota federal district court on Thursday.

The lawsuit stems from a Veterans Day protest last month, in which protestors sat during taps and the National Anthem. Members of the Young Conservatives Club took issue with the protest and expressed these views on social media. School officials then terminated the club, saying this was a violation of school policy, which mandates that students respect others who protest.

The Edina School District student handbook has this to say on the subject:

Attorneys for the students contend that Edina’s policy is a clear violation of federal law.

“The U.S. Flag Code preempts Edina High School’s requirement that students respect flag protesters—whatever that means,” stated Erick Kaardal, an attorney representing the students. “This is a clear case of discrimination against students with conservative beliefs by a school whose policies have been documented as promoting an extreme ideological agenda.”

Readers may be familiar Edina, a wealthy suburb of Minneapolis whose residents often are derisively referred to as “cake-eaters” (people know this, of course, because of the Disney movie The Mighty Ducks; see below).

The city’s high school, which has long enjoyed a reputation as one of the state’s best, has come under scrutiny in the last year after it was revealed the school had implemented a controversial, ideologically-driven curriculum (first reported by Intellectual Takeout here and here).

In October, the Center of the American Experiment (CAE), a conservative think tank based in Minnesota, published a lengthy investigative report revealing the extent of Edina School District’s social justice advocacy, which uses “limited school time to indoctrinate students in left-wing political orthodoxies,” according to CAE. An excerpt:

“Today, for example, K-2 students at Edina Highlands Elementary School are learning—through the ‘Melanin Project’—to focus on skin color and to think of white skin as cause for guilt. ‘Equity’ is listed as a primary criterion on the district’s evaluation for K-5 math curricula. At Edina High School, teachers are haranguing students on ‘White Privilege,’ and drilling into them that white males oppress and endanger women. In a U.S. Literature and Composition class, 11th-graders are being taught to ‘apply marxist [sic], feminist’ and ‘post-colonial’ ‘lenses to literature.’

Edina school officials have not only made the mistake of taking sides; they are now using their power to enforce unity. Their motives are no doubt well-intentioned, but there are dangers in using its power in such a fashion.

Supreme Court Justice Robert Jackson perhaps said it best. “As governmental pressure toward unity becomes greater, so strife becomes more bitter as to whose unity it shall be,” Jackson wrote in West Virginia State Board of Education v. Barnette, holding that a state cannot force a student to salute the flag and say the Pledge of Allegiance in the interest of “unity.”

“Ultimate futility of such attempts to compel coherence is the lesson of every such effort from the Roman drive to stamp out Christianity as a disturber of its pagan unity, the Inquisition, as a means to religious and dynastic unity, the Siberian exiles as a means to Russian unity, down to the fast failing efforts of our present totalitarian enemies. Those who begin coercive elimination of dissent soon find themselves exterminating dissenters. Compulsory unification of opinion achieves only the unanimity of the graveyard.”

In an e-mail to the Star Tribune, Edina Public Schools officials declined to comment but maintained that they support free speech.