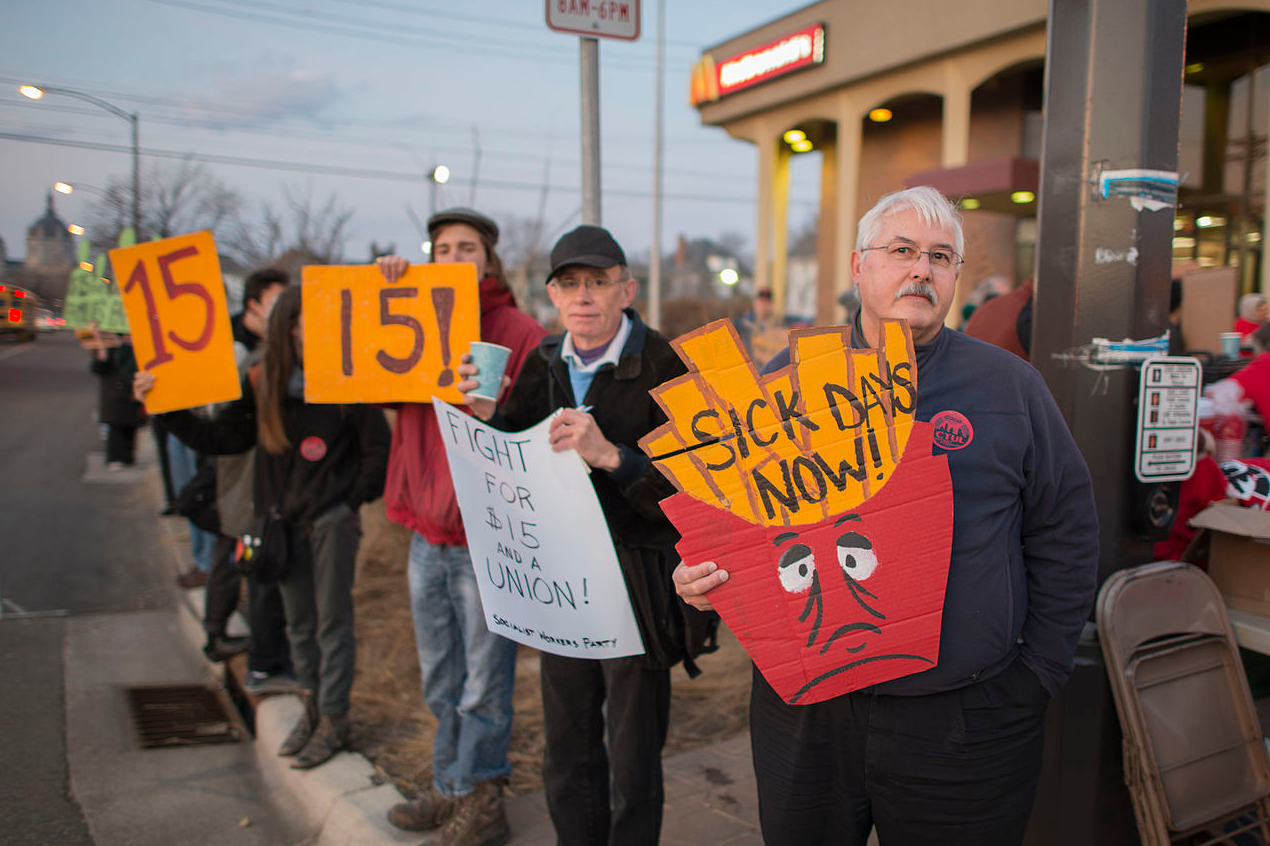 Critics of minimum wages often argue that raising the minimum wage is a policy guided by good intentions but ultimately counterproductive due to unintended consequences – primarily, the unemployment it causes for low-skilled workers and additional costs it piles onto small businesses.

But the label “unintended consequences” is not always accurate – sometimes the harm caused by minimum wages is intentional. A column by Thomas Sowell in 2013 provided several historical examples.

Similarly, in South Africa’s apartheid era, white labor unions argued for a minimum wage law to keep black workers from taking away their jobs. And in British Columbia, Canada, the 1925 minimum wage law was passed to impede Japanese immigrants from finding employment.

Thankfully, the racist motivations of minimum wages are today gone. However, the negative consequences of minimum wages still are often not unintentional. Take the example of Ontario, Canada, where the minimum wage is set to rise from $11.60 today to $14 in 2018, and then to $15 in 2019. This policy will undoubtedly result in business closures and job losses – and as it turns out, these consequences are intended.

According to CTV News, one Ontario legislator recently “lashed out at critics of the minimum wage hike by saying business owners shouldn’t be operating if they can’t afford” to pay $15 per hour. And if business closures are an intended consequence of Ontario’s minimum wage hike, then the government is also intentionally destroying the jobs of the current employees of those businesses.

Which Workers Will Be Hurt?

Which businesses will be unable to afford a minimum wage hike? The answer is primarily businesses that provide jobs to workers whose maximum productivity is too low to justify a $15 wage. Raising the wage floor to $15 makes untenable the employment of any workers whose skills do not allow them to contribute at least $15 of value hourly to employers.

In other words, saying that a business should not operate if it cannot afford to pay its workers $15 hourly is the same as saying people should not work if their productivity is too low to justify a $15 wage.

The Government Knows It Is Doing Harm

The Ontario government is selling the minimum wage hike to the public as an anti-poverty device and has even claimed that the policy will somehow be good for businesses and the economy – even though the government has produced four minimum wage studies in the past decade, all of which warned of negative employment effects without any likely reduction in poverty.

A 2007 report by economist Morley Gunderson, prepared for the province’s Finance Ministry, found that “a 10% increase in the minimum wage is likely to reduce the employment of teens by 3% to 6%, and slightly lower for young adults.” Gunderson wrote that “minimum wages are, at best, an exceedingly blunt instrument for curbing poverty” and could actually make poverty worse.

In 2014, a government-sponsored think tank published another analysis by Gunderson. He again cited the same evidence of negative employment effects and noted that the “Canadian evidence is more in agreement that minimum wages have no effect on reducing poverty and may even exacerbate poverty slightly.”

Another 2014 report by a panel commissioned by the Ontario government similarly noted that the minimum wage is a poor poverty reduction tool as some studies “find that a higher minimum wage leads to an increase in poverty” because the policy drives up unemployment and eliminates low-wage jobs that serve as stepping-stones to better employment.

Most recently, an analysis released several months ago by the province’s Financial Accountability Office noted that “higher minimum wages are not an effective way to alleviate poverty” and predicted the policy would result in 50,000 job losses. Notably, other analyses suggest far more job losses, with TD Bank estimating 80,000 to 90,000 lost jobs and National Bank estimating 124,000.

So Why Raise the Minimum Wage?

With four studies produced by the Ontario government showing negative employment effects of raising the minimum wage without any reduction in poverty, why are politicians pushing forward with the policy?