Daniel Shaver’s Shooting Death by Police Never Should Have Happened 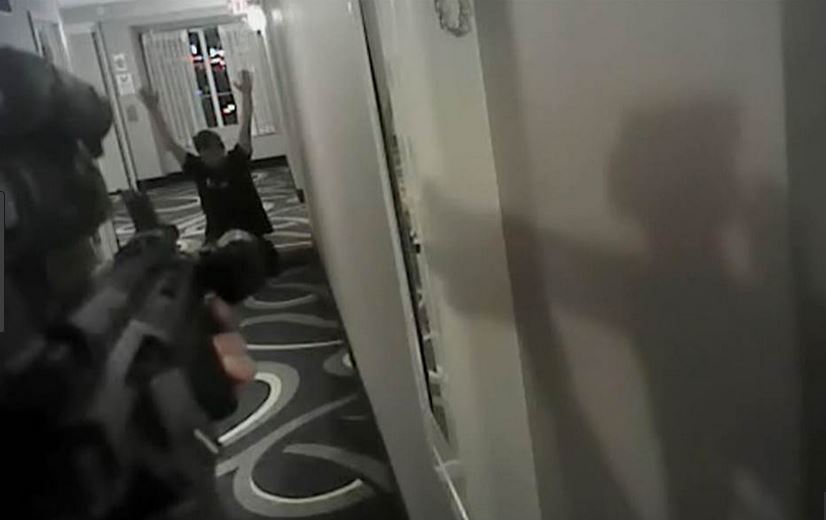 The shooting occurred on Jan. 18, 2016, at a hotel where Shaver was staying. Police were called to the location after receiving reports of a gun at the La Quinta Inn and Suites. Officers encountered Shaver and a woman in the hallway, whom they ordered to the ground. Shaver and the woman complied.

You can watch for yourself what happened.

It’s a chilling video; one of the most disturbing things I’ve ever watched.

Shaver was unarmed. (Police later discovered a pellet gun in his room, which he used in his capacity as a pest-control worker.) The defense argued that Brailsford opened fire believing Shaver was reaching behind his back for a weapon.

When I shared this video on my Facebook page, several viewers said the same thing.

“Not making a judgement here,” one reader wrote, “but didn’t the guy crawling reach behind his back again while crawling?”

Another wrote: “He was reaching behind his back when he was shot. Watch objectively, not emotionally.”

It’s true that Shaver appears to reach back a split second before he was gunned down. But these arguments fail to account for the four minutes leading up to the moment Brailsford shot Shaver.

The police Sergeant in command the night Shaver was killed was Charles Langley. Langley, who retired from the Mesa PD and moved to the Philippines, has a history of misconduct. It includes “personal behavior, conduct and attitude toward coworkers and superiors, defaming or discrediting coworkers,” and more significantly “failure to lead subordinates consistent with the mission and vision of the Mesa Police Department.”

Brailsford was the officer on trial, but Langley appears to be the person who escalates the situation into a deadly encounter. Langley repeatedly shouts orders at Shaver and his companion, repeatedly threatening to shoot the terrified pair if they do not comply with his commands.

“You do that again we’re shooting you, you understand?” Langley barks when Shaver twitched on the floor.

Langley’s orders were, at different times, confusing and idiotic.

Three minutes before Shaver was shot five times, he was lying face-first flat on the ground, his fingers interlocked on his head, just as Langley had ordered him. Once his companion was handcuffed and frisked, one officer easily could have walked over and placed Shaver in cuffs while the other kept his weapon trained on the suspect. This would have immediately disarmed the situation.

Instead, Langley begins to play what appears to be a sick game of Simon Says with his suspect.

“You listen, you obey,” Langley says at one point.

Interlock your fingers. Take your left foot and put it over your right. Put your hands out. Kneel. Crawl. Sit-up.

“I SAID KEEP YOUR LEGS CROSSED.”

Shaver, terrified and slightly inebriated, is trying to comply with the orders, by all appearances. But as he’s crawling toward the officers on his knees, he either loses balance or tries to pull up his slipping pants. And that was all it took.

I have friends and family who work in law enforcement. I asked for their thoughts on how this went down, and their responses are not printable. As professionals who take their work seriously, they were even more angered and disgusted over Shaver’s senseless, tragic death than I was. (Note: This video made feel ill and it stuck with me for days.)

Yet there are still many people quick to defend the actions of these two police officers, most likely because policing itself has become a political issue. And the jurors saw fit to acquit Brailsford–of 2nd degree murder and reckless manslaughter–after six hours of deliberation.

I’ll be honest: I don’t get it. Jury members saw the video above. (Even if they were not privy to the etching on Brailsford’s rifle, which said “You’re f*cked”. The judge deemed that piece of information prejudicial.) How does one makes sense of it?

The takeaway from Shaver’s death for me is this: Sometimes we get things wrong.

This, I think, is what Justice Oliver Wendell Holmes Jr. meant when he offered a famous retort to a young man displeased with his verdict, which he declared unjust.

“This is a court of law, young man,” Holmes supposedly said, “not a court of justice.”

Sometimes the system does not work as it should. Systems are fallible because people are fallible. There is no perfect system.

“Our life dreams the Utopia,” Victor Hugo said. “Our death achieves the ideal.”

Shaver was taken from our fallen world too soon. The men that, in my opinion, caused his death walked free.

Shaver’s family will no doubt receive a tidy sum from the city of Mesa in a civil suit. They should. It’s the right thing to do. But it’s not justice.