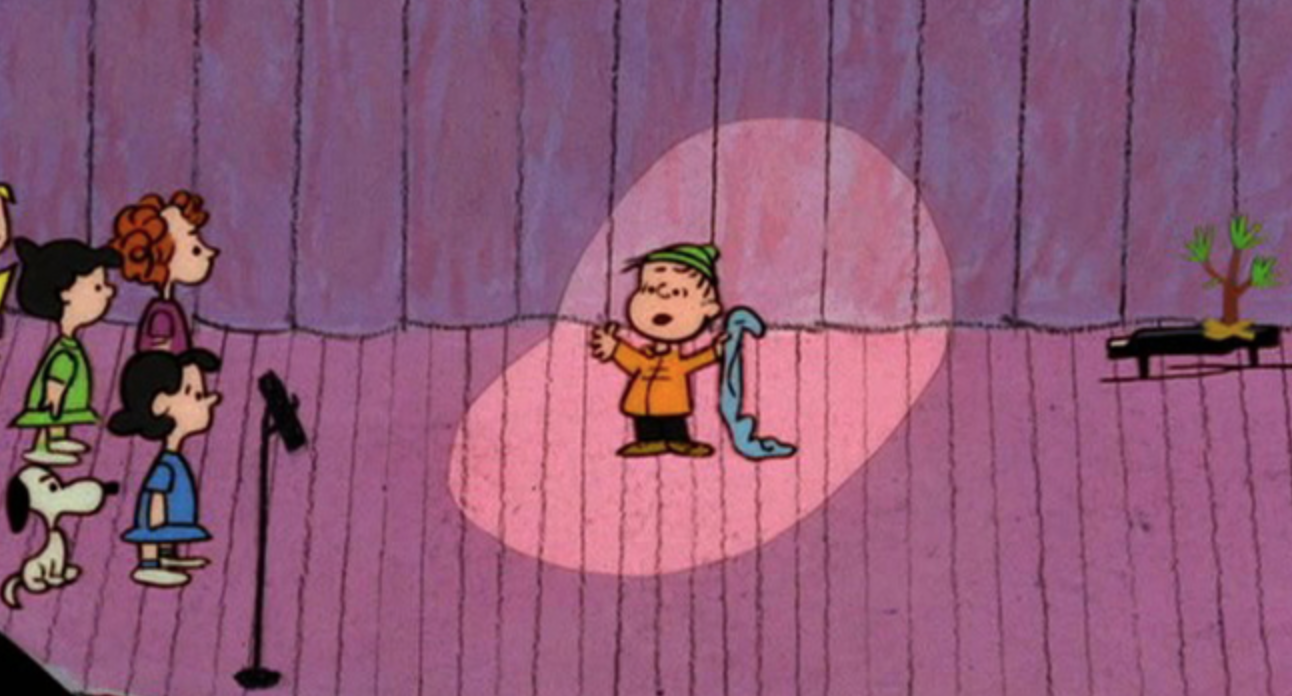 We often think of the secularization of Christmas as a very recent thing. But its origins go back to the nineteenth century with the writing of “The Night Before Christmas,” and the Thomas Nast version of Santa Claus: the jolly, plump, white-bearded rendition we know today.

Irving Berlin’s famous song “White Christmas,” written in 1942 and featured in the 1954 movie of the same name, is something cited as the first secular Christmas song. But, in fact, a number of other such songs already existed. “Up on the House-Top” and “Jolly Old St. Nicholas” were composed in 1864 and 1865, respectively.

There are still plenty of religious songs to celebrate the holiday, but by 1965, when A Charlie Brown Christmas first aired, less than nine percent of Christmas television programming included any reference to the religious holiday.

In fact, many people think of Charles Schultz’s story, which involves a group of children practicing for the school Christmas play, as a secular one. But it turns out that it is not so secular after all.

The children get so distracted by all the incidental things involved in putting on the production that they are in danger of losing their sense of the true significance of Christmas. Finally, Charlie Brown, disgusted with the petty animosities surrounding their activities, shouts, “Doesn’t anybody know what Christmas is all about?!!!” Linus answers that he does, and walks on the stage as all goes dark except for one spotlight trained upon him. He then recites Luke 2:8-14:

“And there were in the same country shepherds abiding in the field, keeping watch over their flock by night. And, lo, the angel of the Lord came upon them, and the glory of the Lord shone round about them: and they were sore afraid. And the angel said unto them, ‘Fear not; for, behold, I bring you tidings of great joy, which shall be to all people. For unto you is born this day in the city of David a Savior, which is Christ the Lord. And this shall be a sign unto you: Ye shall find the babe wrapped in swaddling clothes, lying in a manger.’ And suddenly there was with the angel a multitude of the heavenly host praising God, and saying, ‘Glory to God in the highest, and on earth peace and goodwill towards men.’”

“That’s what Christmas is all about, Charlie Brown,” says Linus.

Linus’ Bible recitation was, in fact, the climax of the story. But it was considered controversial, and the producers wanted to take it out. Schulz refused. “If we don’t do it,” he told the producers, “who will?” Despite their concerns, the show became a huge hit, and still retains much of its popularity today. And, for many people, Linus’ speech is the best part of all.

In many ways secularism has sidelined the real meaning of Christmas, and commercialism has covered it up. But truth has a way of intruding on our world of secular pretense and profit. At a time when it sometimes seems as if all is going dark, there are still places where there is a spotlight trained on the most important story of all.