Why the Straw Man Fallacy Is Everywhere Today 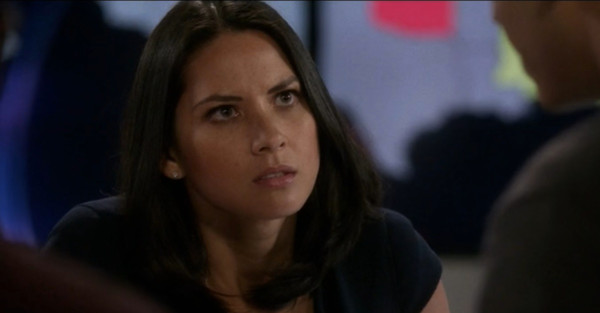 Straw men are easy to push over.

So are people’s arguments when we oversimplify them, reducing them to a flimsy caricature of what their proponents actually mean.

Hence the name for this particular logical fallacy: the straw man fallacy. Boston College professor Peter Kreeft writes that it “consists in refuting an unfairly weak, stupid or ridiculous version of your opponent’s idea (either his conclusion or his argument) instead of the more reasonable idea he actually holds.”

Straw man arguments are especially common in politics. It’s a rhetorical trick of politicians to respond to their opponents’ positions by radically distorting them. This serves a dual purpose: 1) it undermines their opponents in the eyes of the public; 2) it causes their opponents to waste precious time responding to the distortion, rather than advocating on behalf of their real position.

In fact, the appearance of this as a distinctive logical fallacy seemingly corresponds with the modern rise of politics. Mentions of a distinctive “straw man” fallacy don’t actually appear in any logic textbooks until 1956.

But over the course of the past century, people have grown increasingly obsessed with politics, to the point that some treat it as a religion. Because we now live in a media culture where we’re constantly surrounded by politics, we’re also now surrounded by straw man arguments.

As a result, we see the frequent repetition of political straw man arguments in popular discourse. Here are a couple that those on the right sometimes hear from the left:

Conservative: Most of the proposed regulations to reduce carbon emissions are unduly burdensome for businesses and ineffective.

Liberal: You’re prioritizing big business over the environment, and denying that climate change is a real problem.

Conservative: The U.S. needs to do a better job of securing its borders and enforcing its immigration laws.

Liberal: How on earth are we going to round up and deport the 11 to 12 million undocumented immigrants that are currently living in America?!?

And here’s a couple of straw men that some of you on the left may have experienced from those on the right:

Liberal: I think the U.S. should institute a ban on owning assault weapons to curtail some of the mass shootings.

Conservative: So, you think we should take away people’s guns and abolish the Second Amendment?

Liberal: I believe that women should have the freedom to terminate their pregnancies in the first term.

Conservative: I can’t believe that you’re okay with killing babies.

In all of the above cases, the respondent fails to actually engage with the particular argument made by the proponent so that he can more easily refute him. Just because someone opposes certain climate change regulations, for instance, doesn’t mean that they’re a climate change “denier”. And just because someone supports further gun regulations doesn’t necessarily mean they are making a cloaked argument for the repeal of the 2nd Amendment to the Constitution.

So, how should people avoid straw man arguments? Well, for one, they should probably curtail how much they consume politically charged news.

But in lieu of that, Professor Kreeft recommends that we repeat our interlocutors’ arguments back to them before we attempt to respond:

“One of the rules of medieval debate was designed to block ‘straw man’ arguments: you must first state your opponent’s idea in your own words (to be sure you understand the idea instead of just parroting the words), to his satisfaction, before you go on to refute it.”

“Generally, people advocate a position for serious and sincere reasons. Try to figure out their view—try to understand their reasons—even if you disagree entirely… In general, if you can’t imagine how anyone could hold the view you are attacking, you probably just don’t understand it yet.”