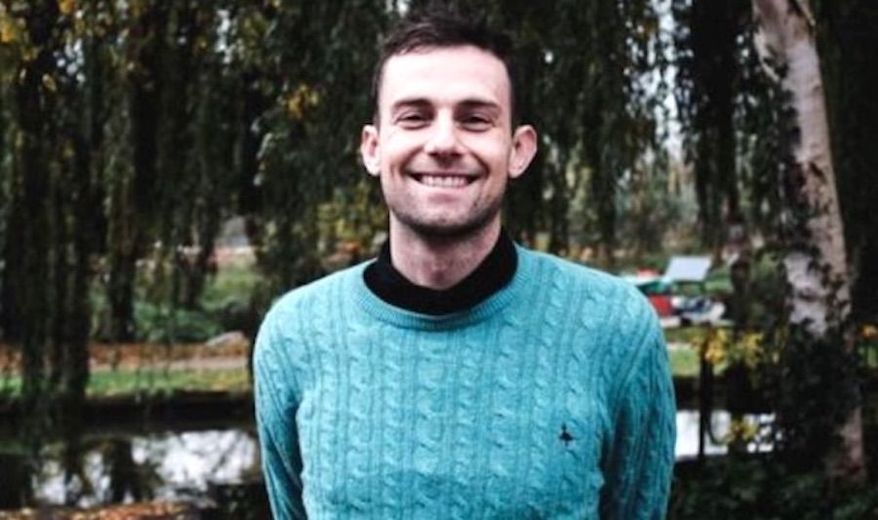 “A teacher is facing disciplinary action at his school after he referred to a transgender pupil as a girl, although the student identifies as a boy.

Joshua Sutcliffe, a Christian pastor from Oxford, admitted he said “Well done girls” when addressing a group including the student.

He described it as a “slip of the tongue”, but said he believed biological sex was defined at birth.

The school said it would be ‘inappropriate’ to comment.”

How the school chooses to respond to this matter is important for a few reasons. First, we’re witnessing an explosion of gender dysphoria in young people the last three years, as the two charts below demonstrate. So we’re almost certain to encounter similar cases, both in other European nations and the United States.

Second, the issue is a touchstone of sorts, one that is testing how far Western nations will go in their effort to enforce neo-tolerance. I write neo-tolerance because, as the theologian Ben R. Crenshaw has pointed out, the idea of tolerance has changed in recent years.

“Under the traditional view of tolerance, two aspects were required: first, that you respected the right of the person or individual in question to hold his beliefs and voice his opinions; and second, that you had a right to disagree with those beliefs and contest them both privately and publicly. As D.A. Carson paraphrases it in The Intolerance of Tolerance, “I disapprove of what you say, but I will defend to the death your right to say it.” You do not have to like the person with whom you disagree, but you do have to respect and tolerate his right to speak…

Over the course of the last century, however, the old view of tolerance has been slowly transformed. The emergent new tolerance holds that persons who are truly tolerant accept the views of others and treat these individuals fairly. The key distinction is that under the old tolerance, one would accept the existence of other views even while rejecting some views as false; but under the new tolerance, one accepts these other views. In other words, all views are seen as equally valid and true.”

Under a traditional view of tolerance, one could say, I disagree with that idea, but you should feel free to pursue it all you wish. The new view of tolerance, however, treats this attitude as a harm. To be skeptical of transgenderism is to reject the person who identifies as transgender. The difficulty of the problem is particularly acute because of the English language, which relies heavily on pronouns: him, her, she, his, etc. One is left with a choice: whose pronouns will I use? Theirs or mine?

There are ways to get around this problem for a while, as Sutcliffe’s story shows. But the pronoun battles are now largely about power (what in our culture today is not?).

How our culture chooses to confront the matter is likely to have far-reaching consequences, and not just for free speech.

The causes of gender dysphoria are “complex” and “not fully clear,” but some have argued that our culture’s inclination to treat transgenderism as an identity instead of a mental disorder is the reason gender dysphoria is surging.

Camille Paglia, a gay academic and social critic, has argued that gender dysphoria essentially is the new counter-culture for many of today’s rebellious, confused, and isolated young people.

If Paglia is correct, this is a big problem. There is something to say about non-conformity. But that door swings both ways. Do we really want to punish people for not conforming to the views of the non-conformists?