Progressive Muslim: The Left Can’t Be Afraid to Criticize Islam 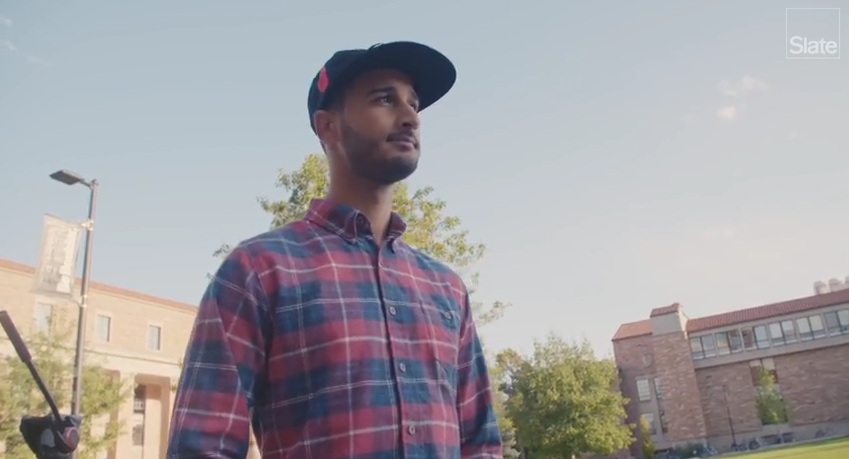 But what happens when these forms of diversity are challenged by the diversity of ideas? Do we give lip service to diversity only as long as it doesn’t challenge status quo diversity?

That’s a question recently explored by Slate video producer Aymann Ismail. Ismail, a practicing Muslim himself, decided to look at the issue of ex-Muslims in America, their beliefs, and their treatment at the hands of those with whom they disagree. To do so, Ismail interviewed two ex-Muslims, Muhammad Syed and Sarah Haider.

In the course of his interaction with these two ex-Muslims, Ismail was forced to confront his own prejudices about those who left his faith, and whether or not the diversity and inclusion that society – particularly those on the progressive end of the political spectrum – preaches is truly being extended to them.

Ismail: “How do you feel about your stuff being used by the Far-Right?”

Syed: “Sadly, the issue is that they’re the only ones that are looking at it, but the larger narrative, people don’t want to talk about this. So, you have the Left that should be owning the issue – it’s about human rights, it’s not about anything else. People should have the ability to choose whatever they want, live however they want, live freely. And most ex-Muslims I know, I would say at least 90 percent or so, are Left-wing.”

“If what they’re saying is true, then we’ve swung the pendulum way too far in the other direction. We avoid any criticism of Islam for fear of propping up bigots. By being a vocal progressive Muslim myself, do I provide a convenient cover for liberals to ignore extremists?”

Sarah Haider suggests that unless a person is able to look inward and examine all points in a debate, even when they’re not particularly pleasant, we’re not going to get anywhere:

“To the extent that people who are humanitarians, but also Muslim, deny that religion has a role, they are an obstacle. You have to be able to point out the problem. You have to be able to say, “Well, it’s religious groups and organizations that are the first to present an opposition to human rights concerns, and that is a problem.”

Ismail concludes his interview with Haider and Syed by saying:

“Every Muslim should ask themselves this one question: Are we so fragile in our faith that someone leaving it could shake their own?”

In watching this interview, I couldn’t help but realize that this issue is not just a problem in the realm of Islam and Muslims. It is a problem across America in multiple ideological issues.

That problem is the fact that we no longer discourse with one another, nor do we debate ideas in a friendly and fair-minded way. We say that we are open to a variety of beliefs and ideas, but when push comes to shove, we fail to show that openness by quickly shutting down anything we don’t agree with, often doing it in an angry, aggressive manner.

In that sense, Ismail’s final question should really be ours. If we are unwilling to listen to dissent and ideas different to our own, then are we indicating that our foundational thinking is so weak that we can’t allow it to be challenged?