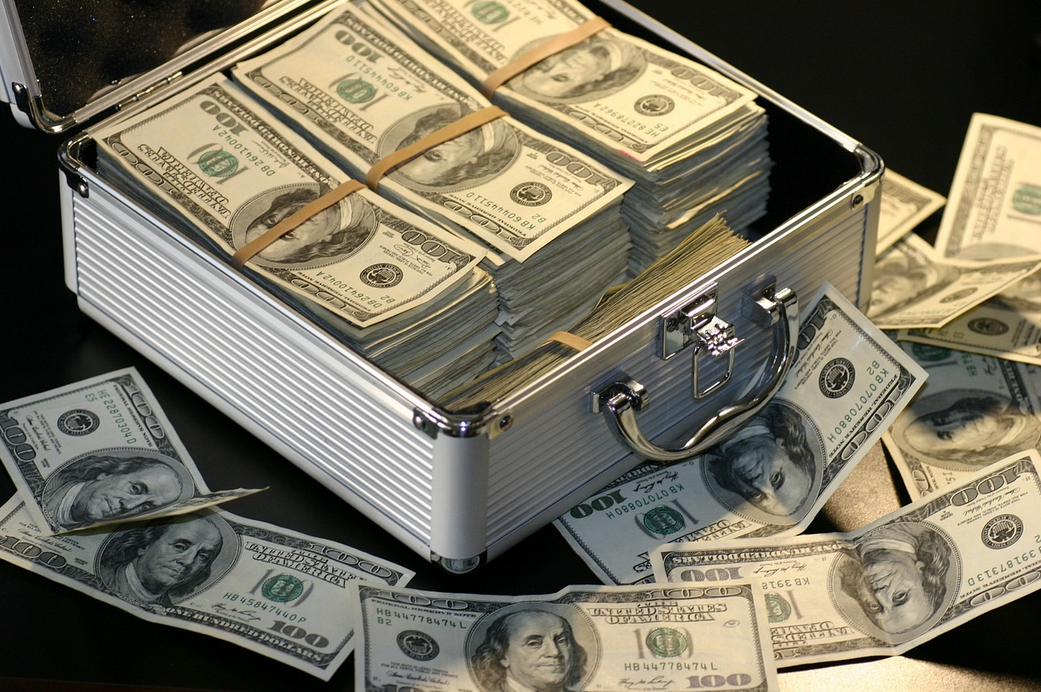 Washington, DC is currently in the middle of a the “tax reform” process, which as Jeff Deist, points out, is ” a con, and a shell game.” Tax reform proposals, Deist continues “always evade and obscure the real issue, which is the total cost — financial, compliance, and human — taxes impose on society.”

Tax reform is really about which interest groups can modify the current tax code to better suit their own parochial interests. The end result is not a lessened tax burden overall, and thus does nothing to boost real savings, real wealth creation, or real economic growth. It’s just yet another government method of rewarding powerful groups while punishing the less powerful ones.

Not surprisingly then, the news that’s coming out of Washington about tax reform demonstrates that the reforms we’re seeing are only shifting around the tax burden without actually lessening it. The central scam at the heart of the matter is that DC politicians are more or less devoted to “revenue neutral” tax reforms. That means if one group sees a tax cut, then another group will lose a deduction, or even see an actual increase in tax rates.

This is why many middle class families may be looking at a higher tax bill. David Stockman explains:

[O]n the eve of the House Ways and Means committee vote on the tax bill—-which will then be barricaded by a no amendments “closed rule” when it goes to the full house—–the smoking gun is already apparent. By 2027 (after the temporary $300 adult tax credit gimmick expires and all provisions of the Brady mark become fully effective), the middle quintile US family ( about 30 million filers between $55,000 and $93,000 of AGI) would find itself in a crap shoot.

That’s a whole lot of rolling dice—-depending upon family size, sources of income and previous use of itemized deductions.

But here’s the thing: For the heart of the middle class as a whole—-30 million filers in the aforementioned income brackets—the statistical average tax cut would amount to $6.15 per week.

Even if you’re one of the lucky ones, you’re looking at a miniscule tax cut, thus demonstrating that the main point of the exercise has been to allow lobbyists and politicians to make deals involving special legislative favors in exchange for “campaign contributions” (i.e., bribes).

Given that tax cuts aren’t really tax cuts in the current environment, the real emphasis ought to be on cutting spending for at least two reasons:

2. Government spending itself imposes a burden on taxpayers as government programs distort the economy, create bubbles, and drive up prices.

Deficit spending is not a free ride, and it imposes costs on taxpayers and citizens in a variety of ways. First of all, it imposes taxes on future taxpayers who must pay debt service on the spending that is done today. Secondly, deficit spending increases the issuance of government debt which competes with private-sector debt instruments, and makes it harder for the private sector to raise funds for businesses and capital improvements. (Government debt, of course, if often favored because governments are unlikely to default, thanks to the power of taxation.)

Even greater problems arise when — in order to increase demand for government debt, and thus reduce interest rates — the central bank begins to buy government debt. Over the past decade, in fact, the Fed has amassed a balance sheet of 4.5 trillion dollars, with much of that being government debt. Current claims that the Fed is now reducing this stockpile are half-truths at best since this “unwind” involves only tiny portions of the Fed’s portfolio.

In order to purchase this huge portfolio, of course, the Fed has created trillions of dollars “out of thin air.” As this money has entered the economy, it has caused asset inflation — as we now see with real estate, stocks, and other assets. These high prices and low interest rates not only increase housing prices, but they starve middle-income investors of yields from traditionally conservative investments, thus driving them into riskier investments. Moreover, this inflationary policy robs consumers of beneficial deflation in consumer prices, keeping prices flat or slightly increasing, when they should have been decreasing.

For people on fixed incomes, and who have meager portfolios, deficit spending thus makes the US a more expensive, economically risky place.

Government Spending as a Tax in Itself

In Man, Economy, and State, Murray Rothbard explained the error of focusing on taxes while ignoring government spending:

There has also been a great amount of useless controversy about which activity of government imposes the burden on the private sector: taxation or government spending. It is actually futile to separate them, since they are both stages in the same process of burden and redistribution…

[S]suppose the government taxes the betel-nut industry one million dollars in order to buy paper for government bureaus. One million dollars’ worth of resources are shifted from betel nuts to paper. This is done in two stages, a sort of one-two punch at the free market: first, the betel-nut industry is made poorer by taking away its money; then, the government uses this money to take paper out of the market for its own use, thus extracting resources in the second stage. Both sides of the process are a burden. In a sense, the betel-nut industry is compelled to pay for the extraction of paper from society; at least, it bears the immediate brunt of payment. However, even without yet considering the “partial equilibrium” problem of how or whether such taxes are “shifted” by the betel-nut industry onto other shoulders, we should also note that it is not the only one to pay; the consumers of paper certainly pay by finding paper prices raised to them.

What Rothbard is saying here is that every time the government buys something with money looted from the taxpayers, it necessarily drives up the prices of those goods, and prevents those resources from being used by the private sector for private purposes. So, every time the government buys a gun or an airplane, it makes guns and airplanes more expensive for the private sectors, as well as all the factors that go into producing those goods. Needless to say, in addition to driving up prices, the government is also distorting the economy, as well as choosing winners (government employees, contractors, and suppliers) and losers (those not favored by the government). Whole industries — ones that were valued and profitable before the government got involved — can be destroyed in this manner; and the livelihoods of people with them.

One recent example of this is the so-called “Amazon amendment” currently being considered in Washington. If passed, Amazon corporation would be awarded a massive government contract to oversee government procurement operations. This in effect would give Amazon an enormous advantage in the marketplace, stifling competition, and ultimately making Amazon less sensitive to market prices. After all, if the federal government becomes a key client of Amazon, ordinary customers become much less important.

So, even if tax dollars materialized out of thin air at no cost to us, the spending phase of government outlays would still cause bubbles, raise prices, and helps some people and industries at the expense of others.

Bob Murphy sums it up:

Ironically, there are some commentators who argue that federal-budget deficits are either meaningless (because the government issues US dollars) or even beneficial, because they are the only mechanism through which private Americans can save on net. I have dealt with these specific arguments elsewhere, but let me reiterate why huge and perpetually growing deficits are a problem.

Contrary to Keynesians, the problem with government budget deficits is not merely that they (typically) lead to higher interest rates and thus reduce private-sector investment and consumption spending. Because, in this context, the Keynesians only look at economic factors insofar as they work through “aggregate demand,” they understandably think that large deficits can’t possibly hurt anything when interest rates are practically zero.

However, Austrian economists have a much richer model of the capital structure of the economy. In this view, economic health isn’t simply a matter of propping up total spending high enough to keep everybody employed. On the contrary, resources need to be deployed in particular combinations in particular sectors of the economy, so that semifinished goods can be transformed step-by-step as they move through the hands of various workers at different businesses and finally onto retail shelves.

When the government buys (say) $1 trillion more than it takes in as tax revenues, it diverts real resources out of the jurisdiction of private entrepreneurs and into politically directed channels. Ultimately, it is not deficits per se but total government spending that distorts the economy and starves the private sector of resources. But deficits are insidious because they give the illusion of freebies in the near term, and the reckoning comes with a vengeance down the road.

None of this will be helped in any way by the tax reform process going on in Washington. The whole exercise exists to benefit politicians and their most well-heeled supporters while creating the illusion of tax cuts for ordinary taxpayers.

If the GOP were really interested in cutting the real burden imposed by government, the GOP would be trying to cut spending. Or at least just freeze spending where it is. This doesn’t have to be some radical, pie-in-the-sky 20% cut across the board. It could just be a commitment to keep spending flat. That, of course, isn’t going to happen because the largest pieces of the federal budget: Social Security, Medicare, and military spending, are all locked up by powerful voting blocs and special interests who demand their taxpayer-funded checks every month.

Thus, instead of any prudence on spending, we’ll be getting the usual fraud which involves “tax reform” coupled with ever-increasing government spending.